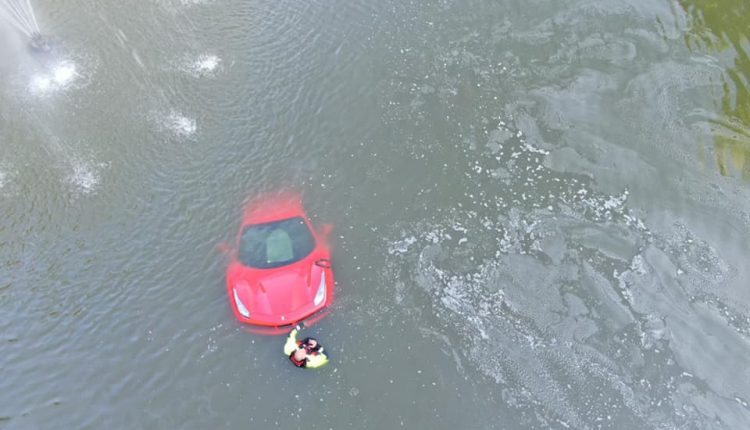 A mid-engine supercar from the best name in the business will never be as reliable as a typical Japanese car. Jeffrey Rose bought a used 488 GTB from a Ferrari dealership in the state of Illinois in June 2020, and a year later the car warned him: “Brake fluid low – drive slowly to dealership”.

Jeffrey drove the car home and pulled into his driveway in first gear. But when he hit the brake pedal to bring the Ferrari 488 GTB to a stop, guess what? The brakes failed, so Rose jumped out of his broken supercar before it crashed into a pond.

The protagonist bought another used car from a Georgia dealership immediately after settling State Farm, and apparently the brakes on the second 488 GTB failed as well. Two life-threatening incidents prompted Jeffrey Rose to file a class action lawsuit against Ferrari in the US District Court for the District of New Jersey on December 30.

The plaintiff points out that the warning message for brake problems gives the driver a false impression of security that the brakes will function properly by the time the journey to the dealership is completed. He has a fair point, and his class action lawsuit is backed by a fairly large recall.

Ferrari filed a 10,000-car safety recall with NHTSA on Oct. 29, claiming that it was unaware of the root cause of this braking problem. The only defective part listed in the report is the brake booster assembly, which is manufactured in Germany by Tier 1 automotive supplier Robert Bosch GmbH.

According to the class action lawsuit ROSE v. FERRARI NORTH AMERICA, INC. et al,” which has case number 2:2021cv20772, had Jeffrey Rose not paid that much or not bought his 488 GTB supercars at all had Ferrari told him the brakes were defective.