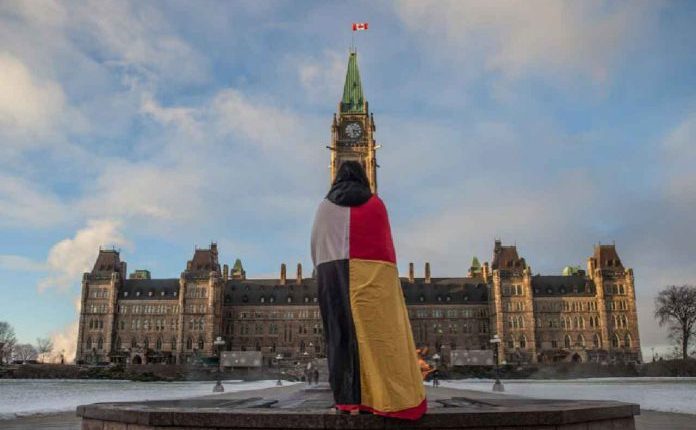 VANCOUVER – The Federal Court of Canada has issued a landmark decision certifying a class action brought against the federal government on behalf of off-reserve Indigenous children and families subjected to the Millennium Scoop and the enormous harms of the broken child welfare system.

“We call on Canada to stop fighting off-reserve Indigenous children in court, and to step up to the plate and lead, and to finally bring about the changes that are needed to fix this deeply broken system,” said Dr. Cindy Blackstock, Executive Director of the First Nations Child and Family Caring Society.

“There are three times as many children in state care today as there were at the height of residential schools. Canada has apologized for Residential Schools, but it has continued the same policies under a different name. The best apology is changed behavior and it is time for all levels of government to end their discriminatory conduct.”

The Government of Canada is opposing this class action, just as it opposed the human rights complaint filed in 2007.

The human rights complaint was substantiated in 2016 when the Canadian Human Rights Tribunal found that Canada was discriminating against on-reserve First Nation children through discriminatory funding practices. Canada chose not to comply with the CHRT order, resulting in 21 non-compliance and procedural orders and three Federal Court orders against Canada since 2016.

Late last year, Canada finally agreed to negotiate an agreement to end its discrimination against children living on reserve.

Those negotiations resulted in a $40 billion Agreement in Principle finalized on December 31, 2021.

Canada could choose to negotiate an agreement to address the ongoing discrimination against First Nation children living off-reserve. Instead, Canada is opposing the current class action.

“The Federal Court’s decision is historic and signals an important shift in the law,” said Angela Bespflug, one of the lawyers representing the class. “Despite Canada’s constitutional responsibility for all Indigenous people, Canada has repeatedly failed to take steps to protect the Indigenous identity of off-reserve children who were put into care. The Court’s decision signals that Canada may finally be held to account for that. But we still have a long way to go.” Added Bespflug: “It is fundamentally wrong that Canada has agreed to compensate on-reserve children while leaving off-reserve children out in the cold.”

“Although we are in an era of reconciliation, I’m not surprised that Canada has opposed the claim. Canada has a long record of fighting our children in court,” states Mary Teegee of Takla Nation, Chair of the Indigenous Child and Family Services Directors Forum (ICFSD), First Nation Child and Family Caring Society (the Caring Society) Board Representative and BC Representative on the National Advisory Committee for First Nation Child and Family Services Reform (NAC).
Due to the atrocities of the residential school system and federal policies that perpetuated “cultural genocide” (TRC Final Report), Indigenous children are vastly overrepresented in the child welfare system.

“Why has Canada agreed to end discrimination for on-reserve children subjected to the child welfare system but turned its back on off-reserve Indigenous children?” asked Cheyenne Stonechild, the lead representative plaintiff in the class action. “Why do we have to fight Canada in court for something it already has acknowledged as unjust? Am I less Indigenous simply because I lived off-reserve with my mother, whom I was separated from as a child?”

When she was eight years old, Ms. Stonechild was removed from the care of her mother, who herself had been adopted into a non-Indigenous household as part of the infamous “Sixties Scoop” and whose own mother was a survivor of the Residential School system in Saskatchewan.

Ms. Stonechild spent her childhood moving through at least 15 different foster homes and group homes. She was completely isolated from her community and identity as a Cree woman, and it was solely through her own initiative that she began reconnecting with her family and community, Muscowpetung First Nation.

“My heart goes out to Ms. Stonechild and all those hurt by the inter-generational trauma of the residential schools. Sadly, her story is not the exception but the norm for our children when they are removed from their families,” said Mary Teegee.

Pinnacle Mergers and Acquisitions Assists With the Sale of