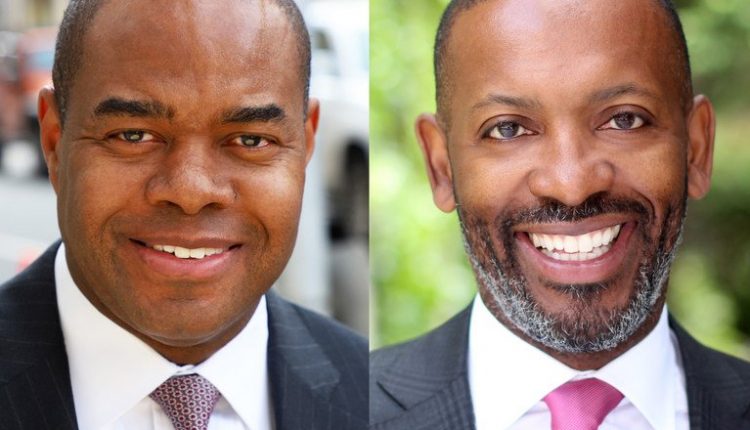 After retiring at the end of 2021, the former Big Law litigator known for representing Johnson & Johnson in products liability cases reentered the profession this week at Tucker Law Group, a rare instance of a 12-lawyer boutique gaining a Big Law trial lawyer.

Thirty-year trial lawyer Kenneth Murphy wasn’t planning to join the Philadelphia-based, African American-founded and -owned litigation boutique when he retired from Faegre Drinker Biddle & Reath on Dec. 31, saying in an interview Monday that he could have seen himself joining an in-house team, nonprofit or teaching post.

But Murphy was convinced by longtime friend and Tucker Law Group founder and CEO Joe Tucker that he could “make a mark” at a small firm with a client base that rivaled Big Law and that provided legal services to a diverse cohort of the local community, as well as providing career opportunities for attorneys of color.

“Years from now, I expect folks will speak of the Tucker Law Group the way many of us now speak of and remember the venerable Norris Schmidt law firm,” Murphy said in a statement released Monday. “Institutions like that offer the opportunity to represent underserved constituencies in ways that other firms cannot approach or have not been given the opportunity to do.”

Murphy joins without a book of business, having left his client engagements behind when he retired from Faegre Drinker. But as for ongoing “personal relationships” with clients, Murphy said, “we’ll see where they go.”

Tucker said his firm has a client base that includes higher education institutions and health care companies. Longing to add someone of Murphy’s professional background, Tucker said he has been encouraging his friend and colleague to join Tucker Law Group for 20 years, increasing his efforts when he was informed by Murphy of his retirement.

“It’s the diversity of experience that he’s had, from leadership to managing individual cases to trying significant bellwether cases,” Tucker said, citing his reasons for seeking out someone such as Murphy.

“There’s no question” that Murphy’s work at Tucker Law Group will differ substantially from his work at Faegre Drinker, he said, since his new firm doesn’t have the platform to handle multijurisdictional litigation in the mass torts space.

A commercial litigator at his core, Murphy said he expects to continue to represent businesses in contract disputes.

Tucker said, “I expect that, with his breadth and depth of experience, he will continue to work on significant matters, both plaintiff’s and defendant’s side,” noting that the firm has employment litigation and personal injury departments. “When you have someone who is as nimble as Ken, it immediately allows you to handle a greater diversity of matters.”

Asked to comment on his retirement and move to Tucker Law Group, a Faegre Drinker spokesperson called Murphy “a great attorney and a friend of the firm.”

“We wish him the best,” the spokesperson said on behalf of the firm.

Murphy said “a significant portion of [his] litigation and trial diet” at his previous practice involved representing Johnson & Johnson, naming the company as an institutional client of Faegre Drinker’s and formerly one of Drinker Biddle & Reath’s.

His work at the firm included litigation in the Court of Common Pleas of Philadelphia over alleged injury involving the drug Risperdal. He also defended the company against lawsuits brought by attorneys general alleging inappropriate promotional activity with that product, and allegations of Medicaid fraud.

“I’ve tried cases on behalf of other entities as well, but most folks are familiar with me because of my work with Johnson,” he said.