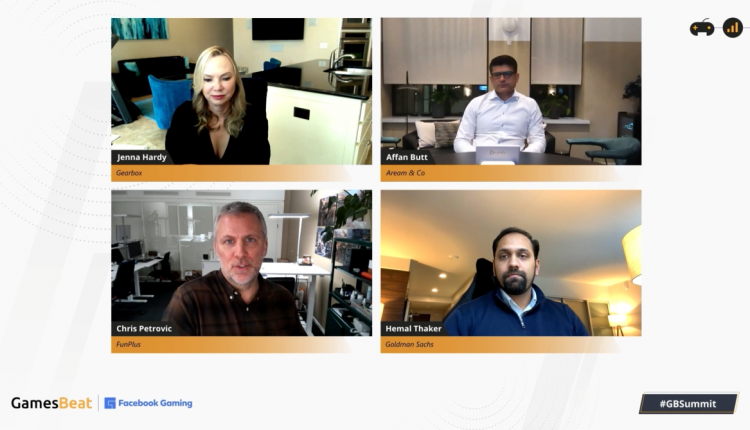 Join gaming leaders, alongside GamesBeat and Facebook Gaming, for their 2nd Annual GamesBeat & Facebook Gaming Summit | GamesBeat: Into the Metaverse 2 this upcoming January 25-27, 2022. Learn more about the event.

Mergers and acquisitions have been a hot topic in gaming for a few years, but it’s become a nuclear center of attention following Microsoft’s recent announcement that it is buying Activision Blizzard for about $69 billion.

What is driving this new level of activity? At a panel moderated by Gearbox CFO Jenna Hardy at our GamesBeat and Facebook Gaming Summit, we had a chance to listen to a few experts explore this topic.

“I think it really starts with the notion of scale, and that’s what M&A (mergers and acquisitions) really brings you in a short period of time, more scale in your business,” said Chris Petrovic, chief business officer at FunPlus. He also noted the need to diversify as another driver.

“We see a few major trends,” said Hemal Thaker, global head of gaming and interactive entertainment investment banking at Goldman Sachs, noting that investors want growth and visibility of revenue streams. M&A achieves both of these things. And it allows big gaming companies to reach more gamers while diversifying their portfolios, making them less susceptible to risk from a single flop.

The 2nd Annual GamesBeat and Facebook Gaming Summit and GamesBeat: Into the Metaverse 2

“They’re also looking for a global pool of talent,” said Affan Butt, founding partner at Aream & Co., noting that acquisitions and mergers give companies a chance to better reach audiences in new territories.

Hardy knows something about acquisitions, as Embracer Group bought Gearbox last year, noting that it was important for Gearbox to feel like its new parent company’s philosophy matched its own.

And then there’s human nature and our susceptibility to trends. Acquisitions have become a trend, pushed in part because of global inflation, but also because we can see that it does benefit buyers and creates excitement for investors. Thaker expects we’ll see more high-end acquisitions in the future, like Take-Two and Zynga.

“Simple financing tells you that M&A, especially at this scale, when its strategic and not dilutive has the ability to deliver the best return on cash compared to anything you can do,” added Petrovic.

So what’s in store for the future?

“We are entering the era of mega-consolidation,” Thaker concluded, noting that he expects to see big tech companies that haven’t entered gaming before get involved through acquisitions. Butt predicts that the blockchain will have a role to play in future deals. Petrovic believes that consumer demand for cross-platform game play will be another factor that continues to drive M&A.

It’s hard to believe after the Xbox/Activision shockwave, but 2022 could just be getting started.

GamesBeat’s creed when covering the game industry is “where passion meets business.” What does this mean? We want to tell you how the news matters to you — not just as a decision-maker at a game studio, but also as a fan of games. Whether you read our articles, listen to our podcasts, or watch our videos, GamesBeat will help you learn about the industry and enjoy engaging with it. LearnMore

Mergers And Acquisitions Terms & Concepts – Understanding The Words That Make…

The State Of Mergers And Acquisitions

2022 has seen a record first half for ASX mergers and acquisitions. Here’s the…