The judicial commissioners will be appointed tomorrow.

PUTRAJAYA: A son of a former chief judge is one of ten people from the judicial and legal service and private practice who are to be appointed as judicial commissioners tomorrow.

Mohd Arief Emran Arifin is a partner at Wong & Partners law firm in Kuala Lumpur. His father, Arifin Zakaria, was the country’s chief judge from 2011 to 2017. 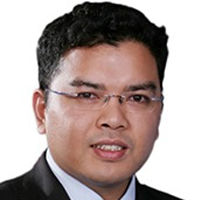 Another is Pahang’s state legal advisor, Julia Ibrahim. She was also the main accuser in the corruption trial of former Minister Tengku Adnan Mansor, who was convicted in December for receiving RM1 million from a businessman.

Details of the other:

Samsulbahri Ibrahim is the head of the Kuala Lumpur Division of the Chambers of the Attorney General (AGC) while Mohamad Abazafree Mohd Abbas is the legal advisor to Melaka State.

Amelati Parnell is the chief chancellor of the Supreme Court of Sabah and Sarawak, while Roslan Mat Nor is the deputy head of the AGC’s litigation and appeals department.

All were interviewed and their names suggested by the Judicial Appointments Commission.

The judges are appointed by the Yang di-Pertuan Agong on the advice of the Prime Minister and after consultation with the rulers’ conference.

All will be on probation for two years until confirmed as a High Court judge.