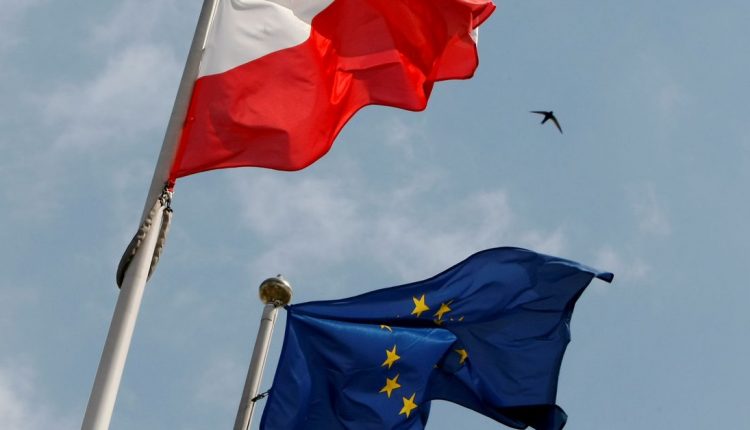 The flags of Poland and the European Union fly in front of the Polish Parliament in Warsaw on June 29, 2011. REUTERS / Kacper Pempel / File Photo

BRUSSELS, November 16 (Reuters) – The EU Supreme Court ruled on Tuesday that Polish regulations that allow the Minister of Justice to send judges to higher criminal courts or to remove them without giving a reason are in violation of EU law.

The case arose after a Polish court asked whether the Polish government’s ability to effectively dispatch one of three judges to a criminal court judgment or to terminate a secondment violated the requirement of judicial independence.

The Polish court stated that the secondments and dismissals were not based on predefined legal criteria and that the latter did not need to be accompanied by a reason.

According to the Court of Justice of the European Union (ECJ), the rules on secondments must offer the necessary guarantees to prevent them from being misused for the political control of judicial decisions.

Poland’s nationalist government is embroiled in a series of disputes with the EU over the rule of law and judicial reforms that critics say are undermining the independence of the judiciary.

In October the ECJ ruled that Poland had to pay a fine of one million euros a day for maintaining a controversial disciplinary body for judges.