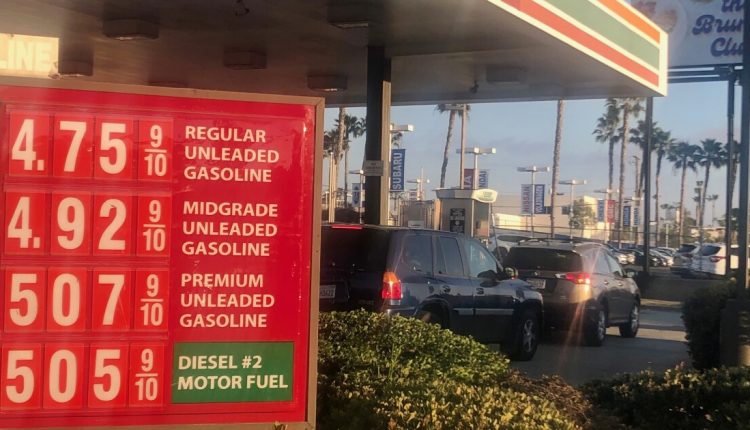 California drivers pay more to fill up their gas tanks than consumers in other states — and have for years. Now a retailer in North County is trying to fight back by proving collusion between major oil companies.

Persian Gulf Inc., which operates a 76 filling station in Escondido, is the lead plaintiff in a class-action lawsuit that accuses some of the most powerful oil companies in the world of colluding to keep gas prices in California artificially high.

This story is for subscribers

We offer subscribers exclusive access to our best journalism.
Thank you for your support.

The complaint, which dates to 2015 and finally had its day in US District Court in San Diego on Wednesday, names entities owned by BP, Chevron, Shell Oil, ExxonMobil, Phillips 66, Alon USA and Tesoro as defendants.

Judge Jinsook Ohta issued a tentative ruling late last week that went against the plaintiff, but the decision was not made available for public inspection.

During the hearing Wednesday, Ohta made it clear that her ruling from late Friday was not final. She challenged legal arguments put forward by lawyers on both sides but spent the bulk of the hearing questioning the plaintiffs’ counsel.

“The court will be giving a full written opinion,” she said.

Ohta took the matter under advisement before adjourning the hearing after nearly three hours of testimony. She directed the plaintiffs’ lawyers to submit additional facts by Monday and invited the defendants to reply to fresh evidence presented Wednesday.

Tens of billions of dollars may be at stake in the lawsuit.

In all, more than 50 attorneys from across the country are litigating the case, which is the latest in a decades-old campaign by consumer attorneys and others to prove oil companies are responsible for California gasoline costs being out of whack with other states.

Golden State drivers have long paid more to fuel their cars than their counterparts across the country.

The added costs are generally credited to higher state and local taxes and stricter emissions standards, but the lawsuit alleges that top oil companies conspired to keep prices higher than they otherwise would be.

The San Diego area set a new record Wednesday for the highest average price for a gallon of regular, coming in at $4,756 according to AAA.

Lawyers for the plaintiffs, the Robbins Geller Rudman & Dowd firm based just down Broadway from the federal courthouse, say collusion committed by the defendants has gushed California consumers by some $23 billion in recent years alone.

Under the rules of class-action litigation, monetary damages may be as high as three times the amount of money wrongly collected from consumers.

Among other allegations, the plaintiffs said oil company executives illegally conspired to keep prices high, notably during the seasonal changes in fuel blends required in California as a way to reduce smog.

The defendants also colluded to restrict capacity, discussing when specific refineries would go offline due to planned maintenance or accidents, the lawsuit alleges.

“They worked together to discourage imports, increase exports, keep their refineries running under capacity, and manipulate prices through their trading activity,” the plaintiffs argued in a court filing last summer.

“Defendants have reaped billions in profits from their scheme, and seen the massive price spike after the Torrance explosion has never returned to normal,” they added.

The oil companies dispute the allegations.

“After years of costly discovery, plaintiffs have zero evidence of this claimed agreement” between oil companies, their lawyers argued in court ahead of the Wednesday hearing.

“Their attempts to infer a conspiracy … fall far short of satisfying the governing legal standard,” the defense said. “The conduct they identify is entirely consistent with non-conspiratorial, independent decision-making by individual defendants.”

Since the case was filed, lawyers for each side have reviewed millions of pages of documents turned over in the discovery process and interviewed dozens of witnesses under oath.

The plaintiffs’ lawyers found email communications and other documents they say show oil company officials worked with competitors to ensure that high fuel prices — and the profits that come with them — would persist.

For example, after the ExxonMobil refinery explosion in Torrance in 2015, a Tesoro executive wrote in a memo that “traders exchange a lot of information we probably wish they didn’t exchange but that is part of their world and it makes for much less impact in the marketplace,” plaintiffs’ lawyers wrote.

“This information was very valuable for defendants,” the plaintiffs’ attorneys said.

The class-action legal team also cited a Shell executive’s memo that referred to the company’s “great relationship with the Tesoro guys” and singled out a specific contact who “will tell us a lot about what’s happening at his refineries, etc.”

“This happened despite Shell’s trading manual prohibiting such discussion,” the plaintiffs’ lawyers said.

“Here, there is a rich factual record developed in discovery that supports the allegations and tends to exclude the possibility of independent, lawful conduct,” the court filing states.

But oil company lawyers said the memos and other communications are being misconstrued. The documents show nothing more than executives engaging in routine exchanges necessary to the effective conduct of business, they said.

“Not a single piece of evidence reveals any meeting, conversation or discussion about the alleged agreement,” defense lawyers said. “And not a single percipient witness has corroborated any of plaintiffs’ conspiracy allegations.”

Oil company lawyers even noted that one of the plaintiffs’ own experts admitted seeing no evidence of “any instance where the defendants attempted to fix the price they charge for gasoline.”

They also found he could not cite “any instance where the defendants were given specific supply thresholds or targets that they should adhere to as part of an agreement among defendants.”

A final ruling in the case is expected as soon as next month.