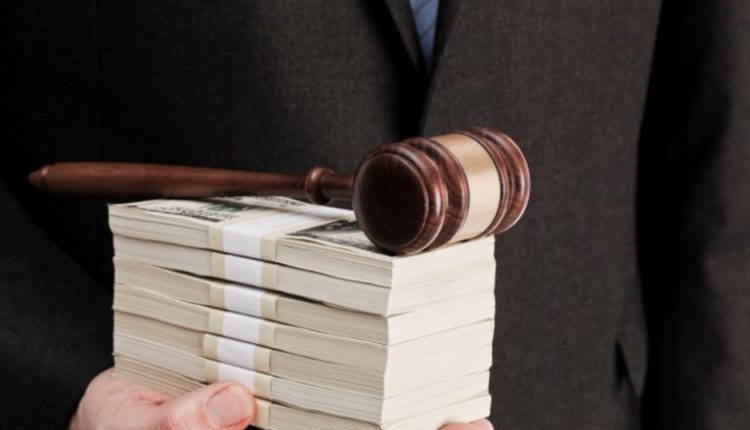 Editor’s note: This story has been corrected to note that the GOP candidate Mike Doyle will face off against Democratic challenger Summer Lee in the fall, and has been updated with additional background on Pennsylvania’s 12th Congressional District.

After ruling that a primary challenge to a western Pennsylvania Republican congressional candidate was meritless and wasted a “vast amount of judicial resources,” objectors and their counsel were stuck with the more than $82,000 bill.

Now those lawyers, who hale from DC’s high-profile Elias Law Group and Philadelphia’s Dilworth Paxson, are appealing the judge’s ruling to the state Supreme Court.

According to the April 5 opinion from Commonwealth Court Judge Patricia McCullough, who oversaw the case, the objectors, Eric Sloss and Sandor Zelekovitz, challenged Doyle’s nominating petition, arguing the GOP hopeful did not meet the 1,000 signature threshold to legally appear on the ballot. Specifically, the objectors initially challenged 717 of the 1,351 signatures that appeared on Doyle’s nominating petition.

However, according to McCullough, during the proceedings it became clear that the petitioners did not have a viable case, and failed to properly vet and prepare the challenges before “occup[ying] an extremely considerable amount of the court’s and candidate’s time.”

The winner of the race in November is set to fill a newly configured district. After the recent redistricting process, the 12th Congressional district moved from covering an area in central Pennsylvania to covering an area in suburban Pittsburgh, much of which had been in the 18th Congressional district. The congressman who held the seat in that region since 1995 is also named Mike Doyle. He announced his retirement earlier this year. In the race to fill the newly formed 12th district, the GOP’s Doyle ran unopposed and is now headed to face off against Democratic challenger Summer Lee.

The objects, McCullough said, also argued that 24 sets of signatures were done in the hand of another. But, she noted those types of challenges only result in one of the signatures from the pair being struck, which would mean that, regardless of that challenge, Doyle would now pass the 1,000 signature threshold by nine signatures.

The objects also raised issues about the signature of the circulator and the use of initials by some signers. But, after a full two-day trial, which required reviewing records from the SURE (Statewide Uniform Registry of Electors) system, Doyle was deemed to have 1,146 valid signatures.

In her April ruling, McCullough said the objectors “did not exercise good faith” in raising the challenge.

“Objectors could have, and should have, won nowed down their objections before trial, instead of compelling the attendance of multiple court staff, two SURE operators, a court reporter, and sheriff and candidate, his witness and his attorneys while they did so. Objectors should have known that their petition to set aside was frivolous and their chance of success nearly (if not) nonexistent,” McCullough said, further questioning why the objections had been brought in the first place, since finding in the petitioners’ favor would have knocked out the lone Republican primary candidate from the ballot. “Paradoxically, the goal of this litigation appears to the court to be nothing more than a futile attempt by objectors to negate their own right to vote in the upcoming primary election.”

In a follow-up opinion issued June 23, McCullough reiterated her findings that the challenges “clearly constitute[d] dilatory, obdurate, and vexatious conduct and bad faith.”

McCullough credited a petition seeking $78,117 in attorney fees, plus $3,898 in fees for the litigation, which involved four lawyers and one paralegal from Kleinbard spending more than 200 hours on the case, with rates ranging between $220 and $450.

Echoing sentiments McCullough raised in his June opinion, Kleinbard’s Joshua Voss, who, along with Shohin Vance, Francis Notarianni and Samantha Zimmer, was part of the team representing Doyle, said he felt the time period for appealing the attorney fee award had passed, given that the fee award ruling came down in April.

“We’ll be interested to see what they feel is appealable at this time,” Voss said.