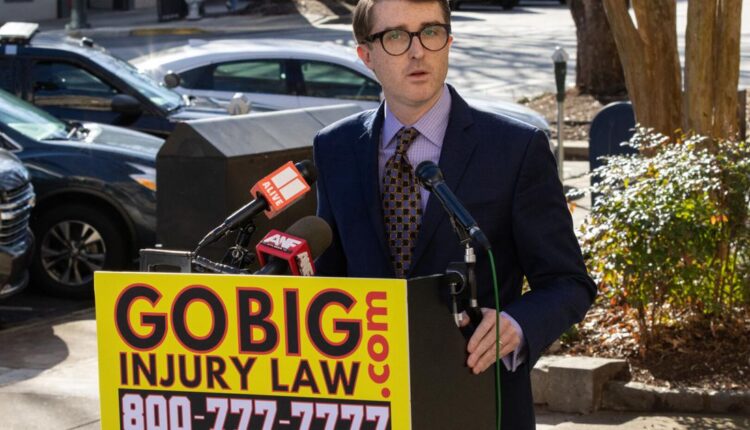 The University of Georgia offensive lineman was killed in a car crash early on Sunday morning, along with recruitment football staff member Chandler LeCroy.

The conference was scheduled to take place at 2 pm on Thursday in front of the Athens-Clarke County Courthouse, and was then rescheduled for 3 pm The conference started early at approximately 2:45 pm

Attorney Roy T. Willey IV spoke at the conference, and said that he was representing Willock’s parents, Dave and Sharlene Willock, and that the couple was unable to attend.

Dave Willock said in an interview with the Atlanta Journal-Constitution that he had no knowledge of the conference prior to reading reports of it being scheduled. He said that he did not plan to attend the conference, and he had no plans to pursue any legal action against UGA at this time. Willock said that the university is “compensating [the family] 100%” in the interview.

“I’m here; my son passed away; I’m emotional, dealing with hurt,” Dave Willock said to the AJC. “I don’t know about that. I haven’t spoken to anyone yet.”

A press release issued on Wednesday stated that “members of the legal team will be discussing the details of the accident investigation and the legal actions that are being taken on behalf of the Willock family.” No legal actions by the Willocks were specified. The release also stated that representatives would be available to answer questions from the news media.

Willey took no questions from the members of the media present at the conference.

“We are here today to ask that you please let these two families continue to grieve and grieve in peace…We will release information as it is verified, available and appropriate,” Willey said. “For the sake of these two families, verify your information before publishing it. These families do not deserve or need to combat rumors on top of the tremendous losses that they are dealing with.”

Willey read a statement he said was from Devin Willock’s parents, thanking the city of Athens, the football communities in Georgia and Willock’s home state of New Jersey and the Georgia football program for their “overwhelming support.”

He said that the family wanted everyone to know Devin Willock was a wonderful student, brother and son.

“He was a young man that wasn’t driven solely by football. He was driven by his love of others, and his desire to fulfill his future. He is someone that we know people who have met him will never forget, not because of this tragedy, but because of the positive experiences, influence and interactions they have,” Willey read from the statement.

Devin Willock had a Name, Image and Likeness deal with Go Big Injury Law, and appeared on the firm’s website and billboards advertising the firm.

Willey concluded the statement and walked away from the podium, declining to answer any additional questions.