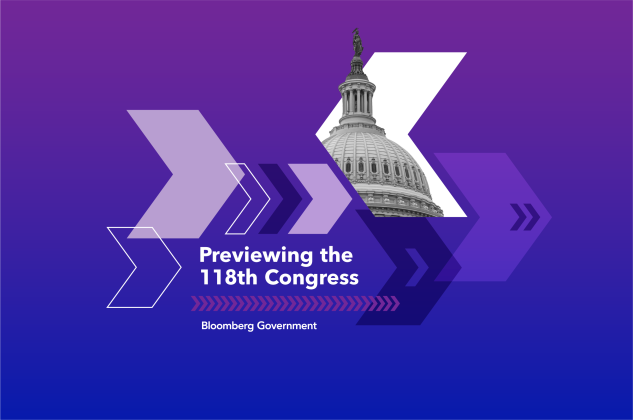 Judicial nominations have been one of the signature accomplishments of Biden and Senate Democrats in the president’s first two years in office. Confirming nominees, which takes only a simple majority, is one of the few things Democrats could do unencumbered in a 50-50 Senate, with Vice President Kamala Harris serving as a tie-breaker, since passing legislation requires 60 votes.

That task would get easier if Democrats, who will control at least 50 seats after the Nov. 8 balloting to Republicans’ 49, win the runoff election in Georgia. There, Democratic incumbent Raphael Warnock leads GOP challenger Herschel Walker but faces a rematch Dec. 6 after falling short of a majority last week.

The Judiciary Committee may also continue work on bipartisan issues like reining in the tech industry in the 118th Congress.

Senate Judiciary Chairman Dick Durbin (D-Ill.), who is expected to stay on in the role, will likely continue prioritizing nominations as Biden keeps tapping people to fill the more than 100 judicial vacancies on district and appellate courts. That will add to the more than 80 federal judges already confirmed to lifetime appointments under Biden.

Democrats will likely hold nominations hearings every two weeks when the Senate is in session and markups as needed, if the committee schedule for nominations in 117th Congress is any indication. Those hearings typically feature two circuit and three district nominees.

Durbin has so far opted to continue using the same practices on nominations as Republicans used under Trump. Appeals court nominees don’t need home-state senator approval to move forward but district court nominees still do, which is something progressives have pushed the chairman to change.

Boosting competition in the tech industry will remain a bipartisan interest with Competition Policy, Antitrust, and Consumer Rights Subcommittee leaders Amy Klobuchar (D-Minn.) and Mike Lee (R-Utah) at the helm, though content moderation differences are likely to continue bouncing progress.

Klobuchar and Grassley’s American Innovation and Choice Online Act (p. 2992) likely will be reintroduced in the next Congress if it doesn’t pass in the lame-duck session, as well as Sen. Richard Blumenthal’s (D-Conn.) and Marsha Blackburn’s (R-Tenn.) Open App Markets Act (p. 2710). The bills face fierce opposition from the tech industry, and opposition from House Republicans, including Reps. Kevin McCarthy (Calif.) and Jim Jordan (Ohio), may also dampen enthusiasm for them.

The panel will likely reintroduce another bipartisan, bicameral bill if it doesn’t pass in the lame-duck session—the Journalism Competition and Preservation Act (p. 673). The bill would empower local news outlets to negotiate compensation from tech platforms that carry their content.

Lee will continue pushing for his bipartisan Competition and Transparency in Digital Advertising Act (p. 4258), his communications director, Lee Lonsberry said. The bill, which Klobuchar cosponsored, would remove conflicts of interest by prohibiting ad companies from acting as brokers of ad spaces and at the same time owning the exchange where ad spaces are traded.

Content moderation will likely continue bleeding into antitrust efforts as some lawmakers argue limiting the power of tech companies may inadvertently complete them of their role in handling speech online.

While Democrats have called on tech companies to do a better job of removing hate speech posted to online platforms, conservatives allege tech companies are censoring the right wing.

Members of both parties are likely to continue trying to overhaul Section 230 of the Communications Decency Act to address content moderation concerns. The statute shields tech companies from liability for content posted on their platforms.