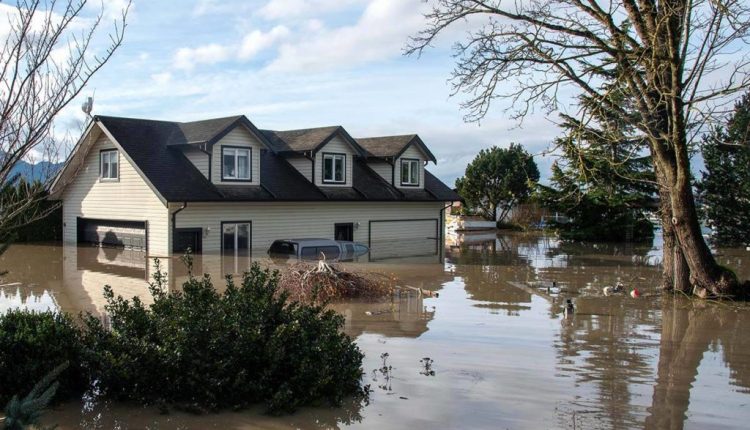 A class action lawsuit has been filed on behalf of the residents of Sumas Prairie to recoup losses from the flood that struck the area in November.

The lawsuit alleges that the City of Abbotsford, the Fraser Valley Regional District and the provincial government were “grossly negligent” in failing to warn local residents about the impending flood.

Suma’s Prairie began flooding on November 14 after heavy rains after the Nooksack River overflowed its banks in Washington state and flowed northeast into Abbotsford.

Due to violations in the Sumas dike – which normally holds back floods – these waters flowed over arable land and affected around 1,100 properties.

The lawsuit states that the first evacuation order for Suma’s Prairie – the area not guarded by the Suma’s dike – was issued on November 14th at 11pm.

On November 16, at 5 a.m., an evacuation order was issued for the area guarded by the dike, the lawsuit said.

RELATED: Immediate evacuation order for Sumas Prairie due to landslide in Abbotsford

“Residents of the Sumas prairie, who were not properly informed of the impending disaster, watched helplessly as torrential floods tore through their land, buried their personal property and destroyed their crops and arable land,” the lawsuit said.

The lawsuit was filed by landowners Caroline Mostertman and Ted Dykman on behalf of those who own or are interested in land in the Sumas Prairie.

They claim the defendants “failed to implement emergency measures and warnings when they knew, or should have known, that a flood affecting the Sumas Prairie was the foreseeable consequence of the weather preceding the Sumas flood”.

They state that adequate warning would have enabled local residents to move their equipment and animals to higher altitudes and mitigate or prevent their losses.

“(The Defendants) could have strengthened the Sumas levee, which was known to be extremely vulnerable to flooding, just as they sandbagged and protected the Barrowtown pumping station when it was at risk of flooding in the days after the Sumas flood began . “Says the lawsuit.

The lawsuit states that the defendants were well aware of the flooding history in the area and should have been better prepared when Environment Canada warned on November 12 that heavy rains would hit the area between November 13 and 16 .

In May 1894, rapid snowfall fueled by hot spring conditions caused a dramatic rise in the water level in the Fraser River. The river broke its banks and flooded areas from Harrison to Richmond.

The flood was the largest ever recorded in the Lower Mainland.

The Fraser River broke its banks again in May 1948, resulting in the destruction of 2,300 homes, extreme railroad damage, the evacuation of 16,000 people, and more than $ 250 million in damage in today’s dollars.

The third flood occurred in November 1990 when heavy rains caused the Nooksack River to overflow, causing Highway 1 to be closed for 26 hours, forcing thousands of people on both sides of the border to theirs Leaving houses.

The lawsuit states that a July 2015 government report gave the Sumas Dike a rating of one out of four – the lowest possible rating – and deemed it “unacceptable.”

The report also found that the levee was more than two feet lower than it should be.

“The report left no doubt as to whether the Sumas levee was effective enough to withstand future floods… The report commissioned by the province made it clear that the Nooksack River, if it has been flooded many times in the past, is returning should overflow pose a serious risk to individuals and their property on the Sumas prairie, ”the lawsuit stated.

“… At the time of the Sumas flood in 2021, there were guidelines for the repair of the dyke system in the Sumas prairie that still had to be implemented.”

Both suffered extreme damage to their homes and properties, as well as the loss of inventory, equipment, vehicles, hay and grain, and more.

They seek damages that include personal injury, loss of income, future care costs, loss of residential and commercial property, loss of personal property, and depreciation of property.

The lawsuit also lists three unnamed companies that “were responsible for monitoring the flood potential and / or initiating emergency measures when the flood risk was identified”.

The complaint was filed with the BC Supreme Court in Abbotsford on Thursday (December 23rd). None of the defendants have yet made a reply, nor have any of the allegations been proven in court.