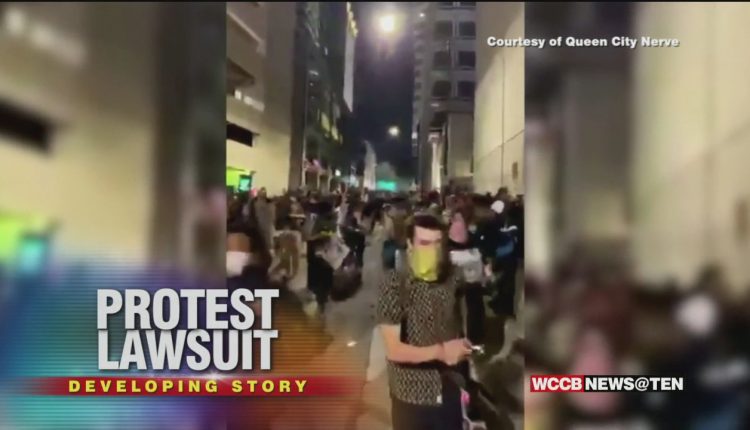 CHARLOTTE, NC. – On June 2, 2020, Lindsay Curlee and Chantel Kennedy say they were among the hundreds of people caught and gassed on Fourth Street while peacefully protesting the murder of George Floyd.

The incident resulted in the suspension of a CMPD sergeant. On Wednesday, a class action lawsuit was filed against the city and several members of the CMPD on behalf of protesters who said they had been attacked by police. The lawsuit includes approximately 50 plaintiffs and the claims include:

WCCB urged the city guides and a spokesman said they had no comment. Kennedy says they want change.

“I want people to come together and exercise their rights without facing violence,” says Kennedy.

Chief Johnny Jennings announced policy changes banning the use of tear gas following an investigation into the incident. But Curlee says more needs to be done.

“A demand for justice and redress for the victims of the Kessel incident because it was an unprovoked attack on citizens of the city that the police carried out against us,” says Curlee.

Lawyers expect the number of plaintiffs to grow to hundreds.