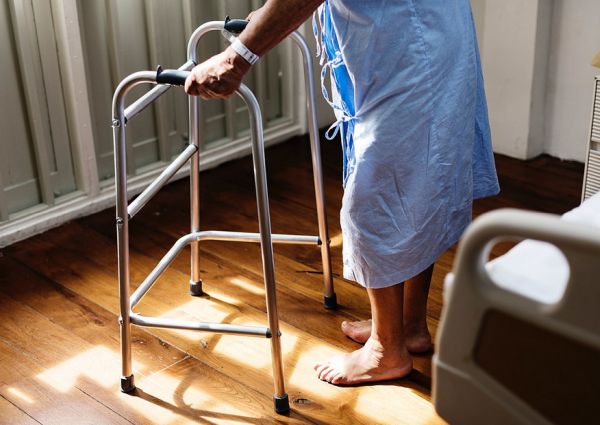 A new class action lawsuit against Citadel Salisbury Nursing Home alleges chronic staff shortages endanger the health and safety of its residents. Salisbury Citadel was the site of the largest COVID-19 outbreak in a North Carolina care facility at the start of the pandemic.

New owners began operating the Citadel Salisbury on February 1, 2020. The lawsuit states that when the owners bought it, they failed to fix existing problems at the facility and some services have deteriorated. Limited liability companies that own and operate the license for the nursing home are named as defendants in the federal lawsuit, as are Simcha Hyman and Naftali Zanziper, the owners of the LLC. “What the families are saying is we understand our Medicaid dollar can get so much care in the end, but at least be honest with us, be honest with us,” said John Hughes, an attorney with Wallace & Graham that fit. The lawsuit alleges breach of contract, unfair and fraudulent commercial practices, breach of duty of loyalty, and infliction of severe emotional distress.

One of the plaintiffs in the Citadel Salisbury litigation, Sybil Rummage, was not regularly receiving medication she needed for her heart and pain and, after testing positive for COVID-19, had difficulty getting the right medication, according to the court Documents.

Court documents filed in a 2020 lawsuit against the facility include quotes from a statement by a Citadel Salisbury administrator who agreed that there were times when Rummage did not get the right doses of her heart medication at the right time.

In February 2020, Rummage’s daughter said that according to information in this year’s suit, her mother was not getting the correct size pull-up panty she needed and that Rummage saw residents walking around with no underwear. Rummage developed bedsores because she was wearing the wrong type and size of underwear.

The care of junk is paid for by Medicaid; Facilities and underwear are covered by Medicaid reimbursement. But Rummage’s daughter had to dig into her own pocket to buy the right product for her mother, according to the lawsuit.

The Citadel Salisbury has been inspected six times since January 2020 and fined twice last year.

In 2008, the Federal Centers for Medicare and Medicaid Services established a 5-star rating system that is available to the public at www.medicare.gov/care-compare/ for comparing care homes. Citadel Salisbury has no rating as it is part of a special program for facilities with “past serious quality problems” that require more frequent inspections.

Salisbury Citadel has been inspected six times since January 2020, according to investigative news site ProPublica, and was fined twice in the past year.

Limited liability companies controlled by Hyman and Zanziper operate 36 nursing homes in North Carolina. According to Medicare, Salisbury Citadel is on the list of nursing homes that have “had severe problems” in the past. The shortcomings found in inspection reports went from 15 in September 2020 to three in February 2021, but the nursing home remains on Medicare’s latest list of homes that have not improved.

Two other North Carolina nursing homes operated by Zanziper and Hyman Limited Companies are on or about to be added to the list of special focuses.

Accordius Health at Clemmons is a special focus facility that has been improving, according to Medicare. The ivy at Gastonia is a candidate for the list. The Medicare website rates the Gastonia nursing home with 1 star or “well below average”.

Most nursing homes operated by Zanziper and Hyman companies have either one or two stars on the Medicare comparison list. Medicare uses health inspection reports, staffing reports – hours of care per resident per day – and resident care quality to calculate its ratings.

The lawsuit includes an issuance of personal information that the company must send to the federal government. These data show that from April 2020 to December 2020, nurses at the Citadel Salisbury only met the federal minimum requirements for 10 days out of 275. For 152 days, the nursing home reported no working hours for registered nurses.

The investment firm known as Portopiccolo Group, which Hyman and Zanziper run, was the subject of an article in the Washington Post last December for buying more than 20 nursing homes in multiple states during the pandemic. The article says that while bought portopiccolo three nursing homes in North Carolina in 2019, it stated in a mortgage loan agreement that the company would save $ 360,000 by reducing benefits and insurance costs and another $ 410,000 by reducing equipment and transportation costs.

The current lawsuit relates to the mortgage contract. Michael Phillips of HAT Law, an attorney who represents the nursing home defendants, said in an email that the understaffing allegations were false and that the lawyers from Wallace & Graham, the Salisbury law firm, filed the lawsuit to know this. In addition, the claims about cost reductions in the mortgage contract are “absolutely unfounded,” the email said.

Wallace & Graham is known for representing people suffering from asbestos and is suing Smithfield Foods / Murphy-Brown on behalf of local residents who deal with smells and noise from industrialized pig farms.

“The discovery made in their previous probationary lawsuit provided the plaintiff’s attorney with written records of the actual hours of nurses at Citadel Salisbury, which clearly indicated that the facility had significantly more staff than the one at the The present lawsuit was falsely alleged. “, said Philipp. “The plaintiff’s attorneys also dropped witnesses who, in accordance with the written record, testified that the Citadel Salisbury was appropriately staffed significantly higher than it was alleged to be.”

The court record for the lawsuit filed last year contains documents contained in a Manila envelope labeled “Confidential – Attorney’s Eyes Only”. Hughes said in an interview that he could not discuss the information contained therein because the company wants to keep it confidential.

The lawsuit is based on data the company sends to the federal government that the company says is correct to the government, Hughes said. “If this data is inaccurate, this company should probably be out of business. The government is counting on it to be accurate, and so are we. If the data is that wrong it will make a difference in our allegations, I think we’ll add another claim. “

The lawsuit transfers responsibility for the operation of the Citadel Salisbury to the limited liability companies and not to the local administrator who is supposed to manage the nursing home. The lawsuit alleges that Portopiccolo, Hyman and Zanziper only control the negotiation of vendor contracts, wages and payrolls, hiring of agency workers, bookkeeping and instructions for the nursing home chain.

“Portopiccolo was directly and significantly involved in the personnel and procurement decision that led to this measure,” says the lawsuit.

With statements made last year, the local manager didn’t know what the facility’s budget was or that her boss owned the recruiting agency, Hughes said.

Phillips did not address claims of medication or supply issues prior to the pandemic, but said in the email that it would be difficult for all nursing homes to get supplies during the pandemic.

It is extremely difficult “to find PPE, toilet paper, hand sanitiser and other supplies many months after the pandemic was declared,” he wrote. “Obtaining supplies was just as challenging for nursing homes. When there were bottlenecks, it was never because of cost control concerns. “ A state report on COVID-19 outbreaks dated June 23, 2020 said the Salisbury Citadel had 168 COVID-19 cases, including 114 residents and 18 COVID-19-related deaths among residents.

One of the plaintiff’s Betty Deals, who tested positive for COVID-19 last April. Her daughter-in-law Donna had difficulty finding out the test result, according to the lawsuit. Among the new nursing home owners, Betty Deal failed to receive her Parkinson’s disease medication on time, the lawsuit said. Deal also went out for weeks without a hearing aid because it was not delivered on a care trolley, according to the lawsuit. On August 2nd, Donna called the nursing home and was told that there was only one certified nursing assistant in the building.

Using a company’s own reports to reveal chronic staff shortages would be a first for a North Carolina lawsuit, Hughes said.

A bigger question is whether for-profit companies should own nursing homes.

“Should this type of maintenance be administered from a remote control center?” He asked.