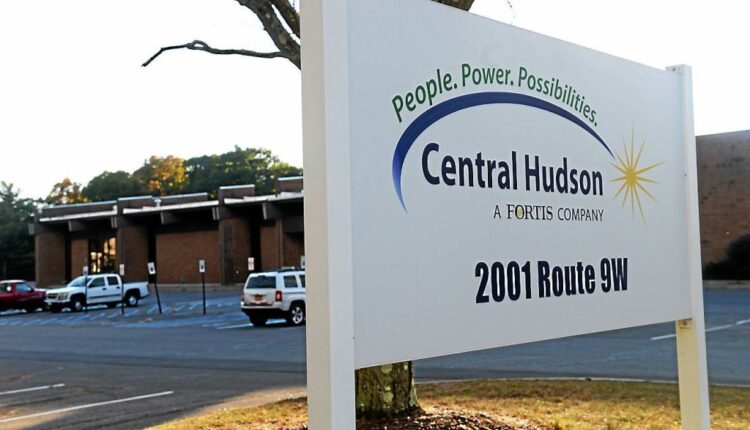 Lowey Dannenberg, a White Plains law firm, filed the lawsuit on behalf of six residents — from Ulster, Dutchess, Greene and Orange counties — in state Supreme Court in Dutchess County, where Central Hudson has its headquarters, on Jan. 6.

The plaintiffs are Greg Walker of Kingston; Helena Costakis of Lake Katrine; Zachary Nadler, who has a vacation home in West Hurley; Dawn Marie Ambrosino of Montgomery; Eileen Abel of Coxsackie; and Brett Butler of Wappingers Falls. The suit, however, says that “The members of the Class are so numerous and geographically dispersed that individual joiners of all Class members is impracticable.”

The suit is “seeking to redress the deceptive business acts and practices of Central Hudson that have caused thousands of New York consumers to pay considerably more for their electricity and their gas than they should otherwise have paid absent Central Hudson’s misconduct,” the law firm said .

The complaint alleges that from August 2021 to the present day, Central Hudson has engaged in deceptive and improper billing practices affecting consumers who “reasonably expected their electricity bills to coincide with market rates, New York state revenue taxes, their average electrical energy consumption, and other factors, as represented to them by Central Hudson in the agreements between them and the Company,” the law firm said.

“In reality, however, the electricity and gas bills that Central Hudson issued to consumers grossly deviated from commodity market prices and did not coincide with changes in the market price for electricity,” the firm added.

For example, the suit says that Walker’s bill “more than doubled” without justification and received a bill even after completely shutting off power to his Kingston home.

In another example, the suit says that billing rates at Nadler’s West Hurley vacation home “drastically increased” when the new billing system changed in late 2021, despite only having two humidifiers running in the basement before any appliances or lights were installed in early 2022.

In a section called “Central Hudson’s Deceptive Billing Practices,” the suit mentions a March 16 Freeman story citing that the utility “ha[s] encountered challenges that [the Company was] actively working on to resolve as quickly as possible.”

Utility says it will respond

Joseph Jenkins, a spokesman for Central Hudson, said the company is aware of the court action.

“Central Hudson has received the lawsuit and will respond by the April 25th deadline,” Jenkins said in an email. “Central Hudson charges only the delivery rates approved by the New York State Public Service Commission.” Jenkins added, “Regarding supply charges, Central Hudson charges customers the wholesale cost of electricity and natural gas that it purchases in competitive markets and makes no profit on it.”

The lawsuit alleges other malpractice.

“In addition to the billing issues, Central Hudson engaged in a slew of other deceptive and improper practices, including among other things, failure to read consumers’ meters, unlawfully withdrawing funds from their personal bank accounts, and billing consumers exorbitant amounts for electricity and gas they did not receive or consume,” the law firm said. “These pervasive issues have caused New York consumers financial hardship putting them in financial predicaments by no fault of their own.”

The lawsuit does request an award in damages but not a specific amount.

In December, an investigative arm of the Public Service Commission blasted Central Hudson for its billing practices.

The commission released the scathing findings of a months-long investigation and instituted a “proceeding to determine whether the commission should pursue a civil penalty action against Central Hudson Gas & Electric Corporation for apparent failures related to the company’s new customer information and billing system,” a commission statement said.

Commission Chairman Chair Rory M. Christian has said that the probe was necessary.

“Ensuring customer bills are accurate is the singular responsibility of the utility, and the Department has investigated Central Hudson’s action with the goal of holding them accountable for any billing errors and ensuring their customers are held harmless,” Christian said in a statement. “Given the scope and seriousness of the utility billing problems at Central Hudson, the Department will now determine the level of commission action required to address these issues.”

In response to the PSC investigation, the utility admitted that its billing practices have been flawed but that a penalty is not deserving and that “the impacted customers have not been financially harmed.”

In the lawsuit, Lowey Dannenberg, on behalf of the customers, alleges that Central Hudson violated state consumer protection laws and common law claims of breach of contract, breach of the implied covenant of good faith and fair dealing, unjust enrichment and negligence.

In the past, Central Hudson said that it has cooperated with the investigations.

“Over the last several months, Central Hudson has fully cooperated with our regulators at the Public Service Commission as they investigated our implementation of a new customer information system,” Jenkins had said in a December statement. “Technical challenges associated with the implementation of this system has caused undue stress and confusion to some of our customers. For that, we are deeply apologetic.”

The problems with Central Hudson’s billing system became apparent earlier in 2022 when the commission began to receive a significant number of complaints from the utility’s customers, the PSC said.

As a result, commission staff conducted a six-month investigation into Central Hudson’s actions related to the development and deployment of modifications to its customer information and billing system.

The PSC Office for Investigation reported in its executive summary that “Central Hudson’s primary motive for spending over 88 million dollars to upgrade its customer information and billing system was the need to have a system that could properly handle complex billing scenarios. The development and implementation of the project, however, was riddled with Company missteps. In the leadup to the transition, Central Hudson employees warned decision-makers of deficiencies in training, testing, and overall readiness. Central Hudson pushed employees to meet the transition deadline, and despite significant efforts by those employees, the company was not ready for the transition.”

The PSC report said that “on September 1, 2021 (the go-live date), the system was not only incapable of handling complex billing scenarios, but it also contained hundreds of programming errors and defects that resulted in billing overcharges and delays for thousands of customers. The problems were directly attributable to Central Hudson’s negligence, lack of appropriate training, lack of proper system testing, misuse of resources, and an overall lack of readiness.”

In May, former Assemblyman Kevin Cahill said that it would be unlikely that a class-action lawsuit against Central Hudson would be beneficial to customers because “the members of a class do not recover nearly what they lost and attorney fees can be very high in those suit.”