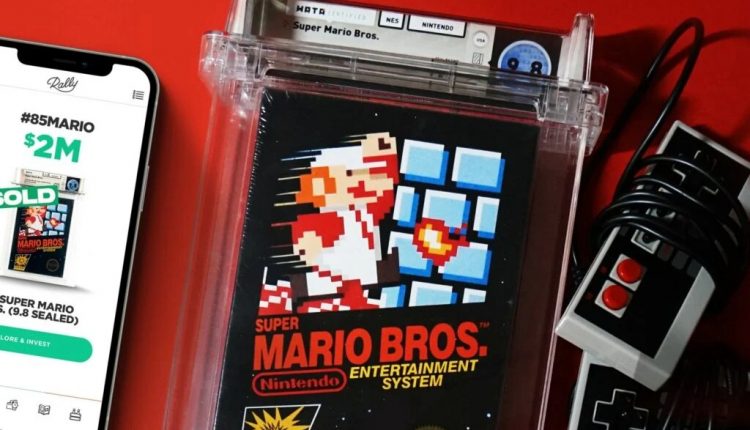 VGC reported the suit was filed on Tuesday, May 10 in the Central District of California, and while the exact number of class members is unknown, it’s estimated to be potentially over 10,000 individuals.

The class members are all US residents who paid for Wata’s game grading and other services; the company rates the quality and market value for retro video games before people attempt to sell them, usually via auction.

The lawsuit accuses Wata of “engaging in affirmative acts to manipulate the retro video game market, engaging in unfair business practices, engaging in false advertising, making false statements about the turnaround times for grading services, and failing to disclose material delays to customers.”

Wata was started in 2018, but rose to prominence when Heritage Auctions promoted its first Wata-certified video game auction: a pristine copy of Super Mario Bros for the NES, which sold for $100,150 in February 2019.

It’s alleged this was sold to three men, one of which was Heritage Auctions’ own co-founder Jim Halperin, who is also listed as an advisor on Wata’s website, although the suit claims this conflict of interest was never disclosed.

VGC noted Wata and Heritage Auctions were accused of colluding last year, but both companies denied the allegations.

Prior to this sale, the highest price ever paid for a video game was another copy of Super Mario Bros, which sold for just over $30,000 on eBay in July 2017.

Wata takes a small percentage of the game’s market value when graded; for example, if a game is valued at $1 million, Wata will charge $20,000. Heritage Auctions also takes a cut: 20% of the buyer’s premium, as well as 5% from the seller.

The class action lawsuit accuses Wata and Heritage Auctions of inflating prices, pointing to their various promotional efforts and media interviews, often with the message that retro game prices are likely to increase.

One example in the lawsuit was an episode of History Channel’s Pawn Stars, which showed Richard Lecce — another part-owner of the $100,000 Mario game — trying to sell it for $1 million at a pawn shop.

In the episode, the pawn shop brought in an expert to value the game: Wata CEO Deniz Khan. The suit claims that Lecce and Khan “failed to identify any kind of relationship to one another” and “appeared to pretend they did not know each other.”

The episode has apparently been removed from the History Channel website “without explanation.”

There are also complaints about how long Wata’s services have taken compared with how they are promoted. Plaintiffs say the company promised to have games graded and returned within 15 business days, but left class members waiting several months.

At the time of writing, Wata’s website says the process can take anywhere between 18 and 170 business days, depending on how much you pay for a speedier service, and that these turnaround times are “estimates only.”

The lawsuit states: “Heritage Auctions benefitted by earning more commissions from sellers and buyers. Halperin benefitted from the value of his game increasing. Wata benefitted by the increased notoriety and increased demand for grading services.

“Also, the increased value of the games allowed Wata to charge even more for its grading services since prices were tied to values. Yet, the relationship between Wata and Heritage Auctions was still unknown to collectors. “Meanwhile, video game collectors rushed to send in their own sealed games into Wata for grading, believing they could sell the games for profits as the market soared. “Unbeknownst to collectors, Wata was massively bogged down by the rush. Still the company advertised false and overly optimistic turnaround times on its website. Customers were not notified of the delays in advance of their purchases. Wata continued accepting orders and payments from customers. “

Should You Worry About Data From Your Period-Tracking App Being Used Against You?