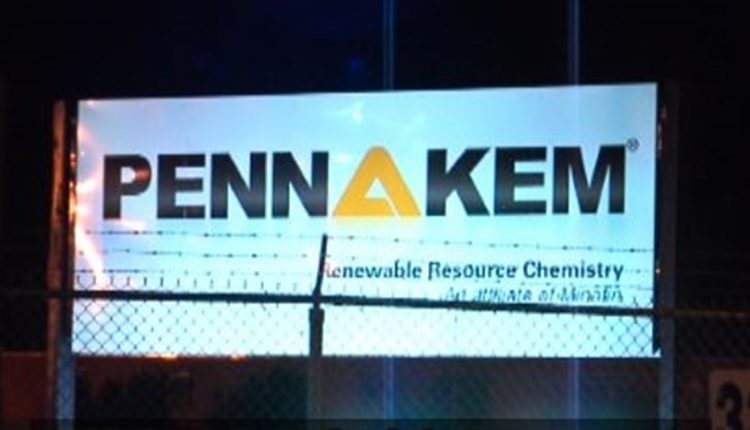 “We were all asleep and actually got shaken out of our beds,” Peete recalls. “It woke you up.”

MEMPHIS, Tenn. — With this week’s explosion at a chemical plant in North Memphis, many neighbors are now reminiscing about a plant fire 10 years ago.

A class action lawsuit from a previous blast has its final hearing scheduled for this spring.

Smoke was visible at the PMC Biogenix chemical plant on Tuesday after a chemical exploded following a malfunction. An employee was injured.

It brings back memories for Mia Peete, who lives in North Memphis.

“We were all asleep and actually got shaken out of our beds,” Peete recalls. “It woke you up.”

“I woke up and grabbed my gun thinking someone was going to try to break into the house,” Cox shared. “It shook the house so badly and it was so loud that it really scared me.”

Less than two miles from PMC is Penn A Kem, where two workers were severely burned after a chemical explosion in 2012. According to an OSHA report, her burns covered over 70% of her body. These two people died from their injuries.

Peete said her natural gas pipeline had to be rerouted as a result of that explosion.

“We had both property and personal issues,” she said. “(At) my house itself, MLGW came out and shut off my gas.”

Peete is part of the class action lawsuit, which attorney Kevin Snider says has been granted preliminary approval, with a final hearing before a judge on March 31.

“The total proceeds that Penn A Kem has agreed to pay for everyone in the class is $65,000,” Snider explained.

Snider said this probably won’t add up to more than $3,000 per applicant, not much after a ten-year delay.

Snider said the delay was due to factors including an ailing attorney, a co-counsel who is now a congressman, and COVID slowing the courts.

Witnesses like Peete report medical injuries. She believes the blast made her immunodeficiency disease worse.

“As the days went by, my legs started to hurt very badly, which was different from the normal pain I would have,” the resident said.

Peete said at least five plaintiffs from the original lawsuit are now settled.

When asked if she was considering moving for safety reasons, Peete replied: “Obviously I’d love to move, even though I’ve lived here all my life. Who doesn’t want a better environment for themselves? I can’t afford to move so I take so much pride in keeping my home in good condition.”