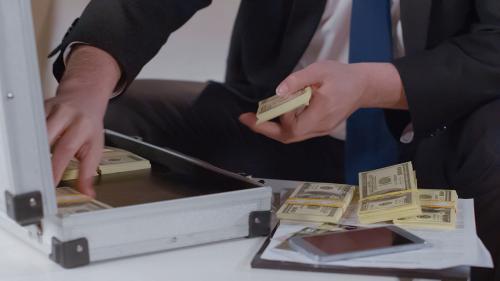 On Sept. 15, 2022, President Biden issued Executive Order 14083 directing the Committee on Foreign Investment in the United States (CFIUS) to consider additional specified national security factors and build on existing ones when reviewing covered transactions. The Executive Order, the first of its kind, does not change CFIUS processes or legal jurisdiction and should be read in conjunction with the existing national security factors already considered by CFIUS.

The Executive Order is intended to make CFIUS more responsive to emerging and evolving national security risks, and specifically directs CFIUS to consider the following five factors, as well as others:

CFIUS is the interagency committee responsible for monitoring and reviewing foreign investment in the US for potential national security risks. Under Section 721 of the Defense Production Act of 1950 (DPA), and as amended by the Foreign Investment Risk Review Modernization Act of 2018 (FIRRMA), the President has broad power to investigate, amend, and prevent foreign inbound investments, apply mitigation measures , or even to require divestment of closed transactions. The DPA and FIRRMA authorize the CFIUS to review foreign investments in US businesses and set forth the scope of transactions that are subject to CFIUS’s jurisdiction. FIRRMA and the implementing regulations in 2020 significantly expanded CFIUS’s powers and jurisdiction.

What is Significant About This Executive Order?

This represents the first time since CFIUS was established in 1975 that a US president has issued an executive order providing formal direction on the risks CFIUS should consider when reviewing covered transactions. It comes as the US government increases its focus on strategic competition – particularly regarding the national security implications of critical technologies, critical infrastructure, and sensitive personal data (ie, “TID US business”). CFIUS has considered some or all of these factors in past cases, but the Executive Order empowers CFIUS to prioritize these factors going forward.

Relatedly, the president’s direction follows shortly after the release of CFIUS’s Annual Report for Calendar Year 2021 in early August. This reporting year was significant in part because it represents the first full year of data since the regulations implementing FIRRMA went into effect in February 2020. According to the report, 2021 marked an increase in both mandatory and voluntary filings, resulting in the review of a record 436 transactions by CFIUS. In that same year, CFIUS increased its scrutiny of non-notified transactions, considering 135 non-notified transactions in 2021, up from 117 in 2020.

The Executive Order plays an important role in the US’s national security objectives by protecting US technological competitiveness and curbing US reliance on foreign supply chains involving critical technologies. Moreover, the it continues the momentum established by recent legislation enacted by Congress to advance the US’s scientific and technological edge, as well as other Biden administration initiatives to boost biotech and bio-manufacturing.

More on the Five Factors

The Executive Order emphasized the importance of continual assessment of the effect of foreign investment on the domestic capacity to meet national security requirements. These five factors should be considered in that assessment.

Given these five factors, combined with the Biden administration’s goals of prioritizing US competitiveness in certain critical technology sectors, it is expected that the number of transactions reviewed by CFIUS will continue to grow, particularly with respect to voluntary filings and filings resulting from non-notified transactions.