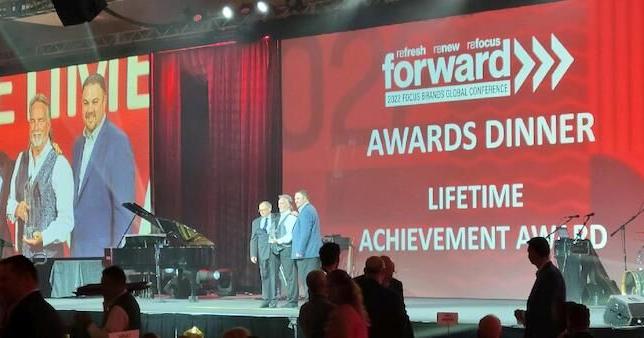 Southern Rock Restaurants, a McAlister’s Deli franchisee, attracted an investment from Capital Spring in January along with the purchase of Peak Restaurant Group. Now the 112-unit franchisee will look to acquire restaurants in a new brand, said CEO David Blackburn, with CapitalSpring’s backing.

Blackburn also won a lifetime achievement award in April from Focus Brands, the franchisor of McAlister’s Deli, the first time Focus has given such an award, he said, and Southern Rock Restaurants received franchisee of the year.

“We’re the epitome of on a roll, I guess,” said Blackburn, who has not had private equity backing in the past. Capital Spring previously provided senior and mezzanine debt to Southern Rock, and held a warrant in the company. Now, “we’ll probably use all this equity to get some more brands.”

CapitalSpring, the Nashville, Tennessee-based investment firm, announced in April its new $950 million fund, called Fund VI, which was oversubscribed, said Richard Fitzgerald, co-founder and managing partner. The fund has made four investments so far from Fund VI, representing more than $200 million of capital. He wouldn’t disclose the other three investments.

As for the Southern Rock Restaurants investment, Fitzgerald said, “we’ve known David for more than a decade. We’re thrilled to continue that partnership. David is a very strong operator, a great leader of the business. We have always been impressed with how he really drives culture.”

Blackburn said he’s still going strong. “That’s great, I got lifetime achievement, but I didn’t retire. I’m still here. I got a nice payday. I don’t think I’ve had a day off since January. Three months, and no day off yet,” he said.

“I’m a workaholic as it is. I kept trying to keep all the plates in the air. I’m an all-or-nothing kind of guy and if I’m in, I’m in.”