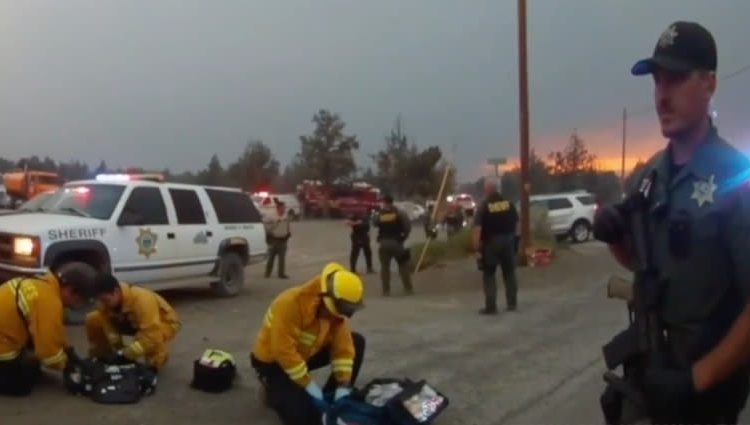 California’s Siskiyou County and Sheriff Jeremiah LaRue are accused of racial harassment against the Asian American community in a federal lawsuit filed by the American Civil Liberties Union (ACLU) of Northern California.

The federal lawsuit claims the county and its sheriff engaged “in a sweeping campaign to harass and intimidate Hmong and other Asian Americans.”

Asian American residents in Siskiyou County have been harassed by deputies through traffic stops, wrongly accused of criminal activity and discriminated against in public meetings, according to the class action suit filed in the US District Court for the Eastern District of California in Sacramento on Wednesday.

“In service of this campaign, the defendants have used widespread racial profiling in traffic stops, restricted access to water making it difficult for Asian American residents to live, and placed unlawful liens to dispossess Asian Americans of their country,” the lawsuit alleges. “This targeting is designed to drive a disfavored racial minority from the county and has its roots in anti-Asian racism in Siskiyou dating back to the 1800s.”

More from NextShark: Korean American store owner, 61, shoved to the ground in LA after confronting man about unpaid groceries

The ACLU’s lawsuit, which is also backed by the Asian Americans Advancing Justice in San Francisco, is led by four Asian American community members. It follows another lawsuit filed against county officials last year that alleges that new policies limiting water usage and deliveries were aimed against Hmong farmers growing marijuana. A district judge previously issued a preliminary injunction against the county in the pending suit.

“As we got situated here, we bought property here, we felt like we got ourselves into a discomfort zone or environment,” Siskiyou County resident Peter Thao told NBC Bay Area.

County officials have since denied any racial bias against Asian Americans; however, a controversy surrounding the June 2021 fatal shooting of Soobleej Kaub Hawj, a 35-year-old Hmong farmer, has escalated tensions. The four officers involved in the shooting incident were cleared by the District Attorney of Siskiyou County, claiming that Hawj was high on methamphetamine and that he pointed a loaded handgun at officers before ramming his truck toward them. The decision to clear the officers has been questioned by Asian Americans Advancing Justice.

“Last year, my family and I were driving outside of Shasta Vista and were stopped by two sheriff’s deputies. For a half hour, we were questioned about what we were doing and where we had come from,” Mai Nou Vang, one of the Hmong American plaintiffs in the case, shared. “They searched our car without a warrant, and then finally let us go with a ticket to fix a light cover. My story is not unique. So many of my Asian neighbors have been stopped like this by the police while we try to go about our days, run errands, and visit loved ones.”

Featured Image via The Sacramento Bee