Buy or get bought: African tech is on a mergers and acquisitions spree 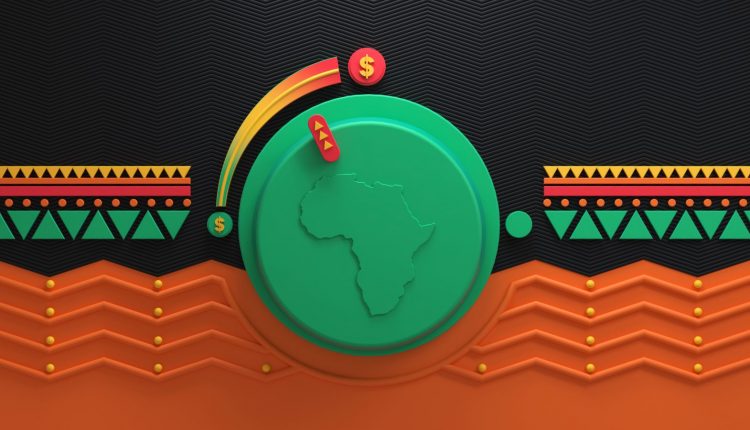 When Casablanca-based Chari, a B2B e-commerce startup, announced it was acquiring Axa Credit, the loans division of Axa Assurance Maroc in Morocco, the $22 million price tag wasn’t nearly as surprising as the fact that a barely two-year – Old startup was buying out part of a global insurance giant.

It wasn’t even Chari’s first acquisition. In October 2021, the company, which digitizes the supply chain for informal retailers in Morocco and Tunisia, quietly snapped up another local startup named Karny, which provides credit and bookkeeping services to small businesses. According to Chari CEO Ismael Belkhayat, the startup is also in the process of closing a third acquisition, with two more on the horizon.

The moves aren’t motivated by a need to grow its clients, Belkhayat told me. Chari’s client base of 5,000 mom-and-pop stores in Morocco is barely 0.5% of the addressable market in the country, he said: “We’re fortunate to be in the kind of business that will keep growing organically.”

But the acquisitions will help accelerate the company’s move into new markets, whether that’s in other geographies — Chari wants to break into more Francophone African countries — or in adjacent businesses like lending to shopkeepers and their customers. “It’s very difficult to get credit licenses in African countries when you’re a small startup, so the only way you can do this is through M&A [mergers and acquisitions],” Belkhayat said.

The trend is too early to be captured in data, but it’s clear that merger activity has picked up in the tech sector in Africa. Deals in the last month include Nigerian B2B e-commerce player TradeDepot’s acquisition of its Ghanaian analogue Green Lion, Kenyan insurtech company Lami’s buyout of rival Bluewave, and South African payment startup PayJustNow’s sale to Mauritius-based Weaver Fintech.

“Pretty much every single client we have is asking us to look into M&A so they can diversify.”

Many other smaller, unannounced deals have also been happening on the sidelines of tech, and industry insiders told me that more are coming. “We’ve worked on a number of these deals already, but I think the tempo of M&A will increase,” said Johanna Monthé, the French-Cameroonian founding partner of Epena Law, a pan-African firm. “Pretty much every single client we have is asking us to look into M&A so they can diversify,” she said.

The trend is partly a function of how much venture capitalist money is sloshing around African tech. In 2021, aggregate venture funding hit a record high of $4.6 billion, and it’s not slowing down, according to the research consultancy Africa: The Big Deal, which estimates that funding deals have already topped $1 billion in the first seven weeks of 2022. That level of funding means a lot more young companies are flush with cash to make strategic moves. There’s a bullish mood among the lawyers and specialists who facilitate larger merger deals, who say that even if VC funding were to crash today, there’s so much cash in the tech ecosystem that the buying spree will continue.

That amount of VC money comes with expectations, and investors are impatient. They either want the companies they invest in to grow into regional market leaders, or they want to cash out, which tends to mean an exit via a sale to the market leader.

Weyinmi Popo, a partner at international law firm Akin Gump Strauss Hauer & Feld, who worked on last year’s takeover of Nigerian fintech startup Capricorn Digital by the Mauritius-headquartered payments business MFS Africa, said the tension in the market is around figuring out who gets to be “the African champion.” In other words, decide whether you buy or get bought.

This is particularly the case in the fintech sector, where many companies are competing with the same or overlapping products. “There’s going to have to be some consolidation, because there are too many people doing the same thing. There’ll be leaders in different sectors,” Popo said.

Investors also need to see evidence of cross-border expansion, which is harder than it sounds on a PowerPoint presentation. “Some of these startups have raised a lot of money and sold the pan-African story while raising funds,” Adesoji Solanke, a director at Renaissance Capital, told me.

“There’s going to have to be some consolidation, because there are too many people doing the same thing.”

That story has been told mostly to Silicon Valley and European investors, who want to invest in “Africa” rather than any single market — even if that market is as large as Nigeria or South Africa. This pushes some startups to look beyond their borders fairly early in their journey. “So when they get to a new market, the question they have to ask is: ‘Do we want to build from scratch?'” said Solanke. Buying a local company is often a quicker and easier option.

This kind of deal isn’t necessarily straightforward. Countries may look attractive because there’s little competition, but that could be because the tech sector has been limited by a restrictive regulatory environment. Monthé, whose firm has worked across 30 African markets, said that each market is different in unexpected ways, even ones with a common corporate legal framework, such as the 17 Francophone African countries regulated partly by the Organization for the Harmonization of Business Law in Africa . Even though the law was put in place to enable ease of doing business with these countries, it doesn’t always work out that way, Monthé said: “In practice, some countries can be more flexible than others. Every single country will come with its own issues.”

Increasingly, it seems that M&A in African tech is also being driven by a need to overcome one of the region’s most pressing growth challenges: the tight market for talent. This month, Yoco, South Africa’s leading payments platform, bought the 35-person fintech and Web3 software development agency, Nona Digital. It was its third such acquisition in the last three years, which Yoco Chief Business Officer and co-founder Carl Wazen described as “acqui-hires.” “We’re literally buying them for [their] talent, not their clients,” Wazen told me. “We’ve had close relationships with these tech service providers and been able to see a lot of shared values ​​and the great level of talent.”

Chari’s Belkhayat has a similar interest in seeking out talent while acquiring companies, particularly when it comes to C-level or senior management in a nascent market. “When you get bigger, you need to be surrounded by great people,” he said. “You could hire them, or you could find great entrepreneurs who started their own companies in the same field, and find out if they have the same vision and if their skills are complementary to yours.”

Covid and Schizophrenia: Why This Deadly Mix Can Deepen Knowledge of the Brain Disease