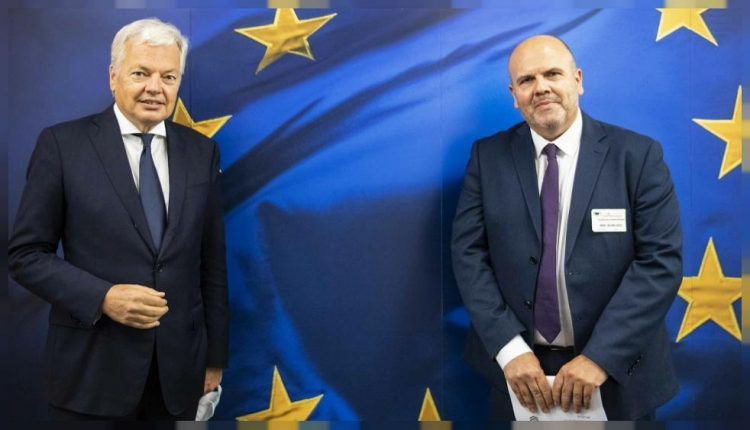 The European Commission has warned Spain of the current stalemate in appointing judges at the highest level.

For more than three years, the appointment of judges to the General Judicial Council (GJ), which appoints judges at both the Constitutional Court and the Supreme Court, has been blocked due to a political dispute between the government and the opposition.

In most European countries, judges are appointed on a mixed basis, ie on the one hand by lawyers and on the other by active judges.

In Spain, however, the GCJ consists of 20 members, all of whom are elected by a three-fifths majority in both chambers of parliament.

But EU Justice Commissioner Didier Reynders underlined on Monday the urgent need to select new members of the GGH.

“We are concerned about the appearance that we have slowly seen in Spain, as in other Member States: if there is a blockade and if there is an interim council for the judiciary and you do not give a clear signal for reform, it is” It is difficult to to maintain the trust of all the different citizens in the system, “Reynders said.

“Now it is very important to continue the discussions and try to organize the best possible renewal of the council.”

Representatives of the main Spanish judges’ associations met with the Justice Commissioner on Monday and asked Brussels to mediate in the conflict.

Few doubt the need to change the current system to end any politicization arguments as politicians decide on appointments, but there is currently no consensus on when and how.

And while no one is talking about sanctions yet, the issue was raised during the meeting on Monday, according to Fernando de la Fuente, deputy spokesman for Judges for Democracy.

“He did not speak strictly of the consequences, although they arose during the conversation. He explained to us that there are some standards within the recovery funds that must be followed. So if there is no solution, the moment could come for the Commission to take action against Spain for affecting public services, “de la Fuente told Euronews.