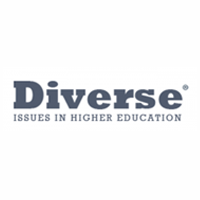 In the lawsuit, Amos N. Jones v. Campbell University, Jones claims Campbell’s law school sabotaged his academic career through discrimination, intimidation, and retaliation during his senior semesters and later refused to renew his apprenticeship contract despite a promotion to associate professor in Fall 2015.

“Since September 2020, Ogletree has, in his actions and letters to the plaintiff’s attorney – which annoyingly multiply in this memorandum on the revelations of the 22nd – the process that three weeks after the plaintiff had already decided in time for voluntary discharge to the Fed. R.Civ. P. 41 (a) (2) on September 30, 2020. “

The Schall Law Firm Reminds Investors of a Class Action Lawsuit Against Frequency Therapeutics, Inc. and Encourages Investors with Losses in Excess of $100,000 to Contact the Firm