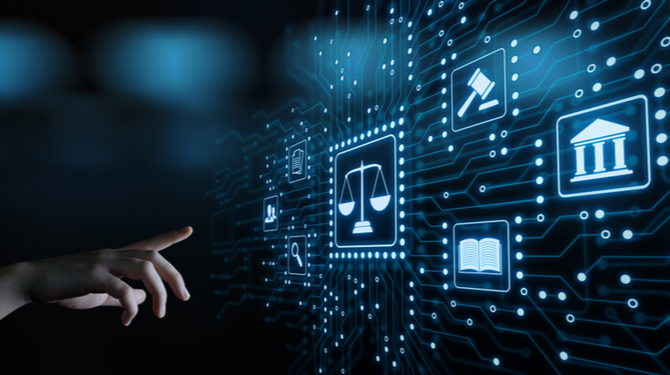 Reynen Court, a legal technology platform backed by 20 major international law firms, announced that it is now partnering with the legal departments of 20 major banks and corporations to accelerate the adoption of advanced technology in the legal industry.

Half of the new hires for the Amsterdam-based company are some of the largest banks in the world, including Barclays, BNP Paribas, Morgan Stanley and UBS. The rest of the group includes technology giants like Intel and Cisco Systems, as well as several unnamed companies that operate in the telecommunications, travel, media, and manufacturing sectors, among others.

The group’s new additions will follow the stated goal of the original employees and work together to advance the development of standards designed to accelerate the adoption of artificial intelligence, smart contracts and other new technologies in the legal industry, the company said.

Reynen Court, which calls itself the “App Store” for Legal Technology, was founded in 2018 by former Cravath Swaine & Moore securities attorney Andrew Klein. It was officially launched last year with the support of 19 major law firms including Latham & Watkins and Clifford Chance, both of whom serve as co-chairs of the firm’s consortium of law firms.

Klein said: “We are driven by the opportunity to establish clear standards for the legal technology sector. Since the legal services market is a triangle – defined by law firms, legal departments and technology providers – it has always been our plan and ambition to involve the internal legal department in the collaboration. ”

The company said there are currently more than 140 third-party application vendors present on Reynen Court or working to make their products available on the platform. During a second round of funding last year, it raised $ 4.5 million and received investments from Latham, Clifford Chance and Orrick Herrington & Sutcliffe.

Max Iori, Managing Director and Global Head of Technology and Data Law at Morgan Stanley, said, “Reducing the time and cost of sourcing, testing, and securely deploying new cloud-based solutions is an important goal for our in-house legal teams and for businesses providing services to us. ”

Earlier this year, Reynen Court launched a new version of its app store platform that is designed to enable law firms and internal teams to more easily access and manage third-party software applications without burdening their own IT infrastructure.

A recent study by Oxford University’s Saïd Business School on behalf of the UK’s Solicitors Regulatory Authority found that just over a third of companies said they were currently using advanced systems such as automated documents, interactive websites and artificial intelligence.

Almost all of the companies surveyed said they believe technology-driven changes in the areas of processing work and customer interaction would persist as the legal industry slowly shifts into the post-Covid world.

‘An Arm and a Leg’: Meet the Mississippi Lawyer Who Helped Start the Fight for Charity Care

Women of Legal Tech: Emily Gaukstern on How a Robotic Wrist Brace Led to a Love of IP