While many important issues will dominate the gubernatorial election campaign this year, one matter that should not be overlooked is judicial appointments.

It’s a topic of even greater attention than usual during February’s Black History Month and because of the pending of President Joe Biden’s nomination of a Black woman jurist to fill the spot on the US Supreme Court being vacated by retiring Justice Stephen Breyer.

One of the hallmarks of Gov. Tim Walz’s administration — aided by his lieutenant governor, Peggy Flanagan, a Native American woman — has been the diversity of his judicial appointments.

Inclusiveness has not, to be sure, been solely a product of the current administration. The history — or herstory — goes back some four decades to the administration of Gov. Al Quie, who first initiated some type of “merit” judicial selection process, consisting of an informal advisory group to guide him, a non-attorney, in his judicial appointments. It was a process that became more official under his successors with the establishment of panels comprised of attorneys and laypeople drawn broadly from public and private sectors to make recommendations for judicial appointments. Although not bound, Minnesota’s governors have customarily relied upon them in making their choices.

There is an anecdote that when encountering his first vacancy on the Minnesota Supreme Court, Gov. Quie remarked to a suggestion that he appoint a woman: “We already have one, don’t we?” He was referring to Rosalie Wahl, the first woman on that court, who had been appointed by his predecessor, and later to be his successor, the Iron Range’s Gov. Rudy Perpich.

But Quie did appoint a woman, M. Jeanne Coyne, and she and Wahl comprised two of the seven-member tribunal — which now has morphed into a majority of women members, four out of seven, consisting of remarkable diversity, including one lesbian, one Black woman, and one of Native American heritage.

While governors have certainly taken diversity into account and made strides in that direction, Gov. Walz has taken it to a new level with 26 appointees to date to the trial, appellate, and other specialized tribunals. The newly appointed jurists reflect a remarkable breadth of diversity, not only taking into account gender, race, and ethnicity but also another often-overlooked feature of inclusiveness, geography.

The governor’s only appointment thus far to the Supreme Court, replacing outgoing Justice David Lillehaug, was Gordon Moore, a highly regarded trial judge from Worthington. In reaching out to that southwestern sector of the state, Walz admirably recognized that geography is a feature in inclusiveness and that having a jurist from greater Minnesota adds to the diversity of the bench, which has been comprised largely of individuals who have lived and worked primarily in the Twin Cities area, although some were born elsewhere.

On more conventional diversity grounds, Walz’s 26 judicial choices include those with Native American backgrounds, a pair of Pacific Islanders, and two Black justices in locations where they are not well-represented demographically, like Dannia Edwards of Hastings.

Another notable example of diversity in Gov. Walz’s appointments are in Duluth, where Judge Shawn Pearson has been presiding since his appointment last summer as the first Black judge in the Sixth Judicial District headquartered in the St. Louis County Courthouse. The district covers the Duluth area, including the Iron Range.

But Pearson’s race alone did not elevate him to the bench from private practice. He had been an astute, hard-working lawyer with a number of different stints in the private sector, including private law firms and businesses, giving him a broad background in legal and business matters, as well as the human issues that permeate the legal issues addressed by him and his colleagues on the bench. Of this I know, because I had the privilege for a few years of working with Pearson while he was with the law firm that I helped oversee.

The diverse backgrounds that these judges bring to the bench aids them in the decision-making process and, more importantly, gives others the feeling that their lifestyles, cultures, upbringings, and travails are being felt and appreciated by those who make decisions that affect them so greatly, both in civil and criminal cases.

gov. Walz has, to be sure, some shortcomings as he heads into his re-election campaign. He may have overreached, in view of some quarters, in his lockdown and closure edicts due to COVID-19, along with other errors. However, with his judicial appointments, he has hit a home run in expanding diversity in Minnesota courtrooms, including in Duluth and on the Iron Range.

It’s a fitting recognition in closing out this year’s Black History month.

Marshall H. Tanick is a constitutional law attorney in Minneapolis. He wrote this for the News Tribune. 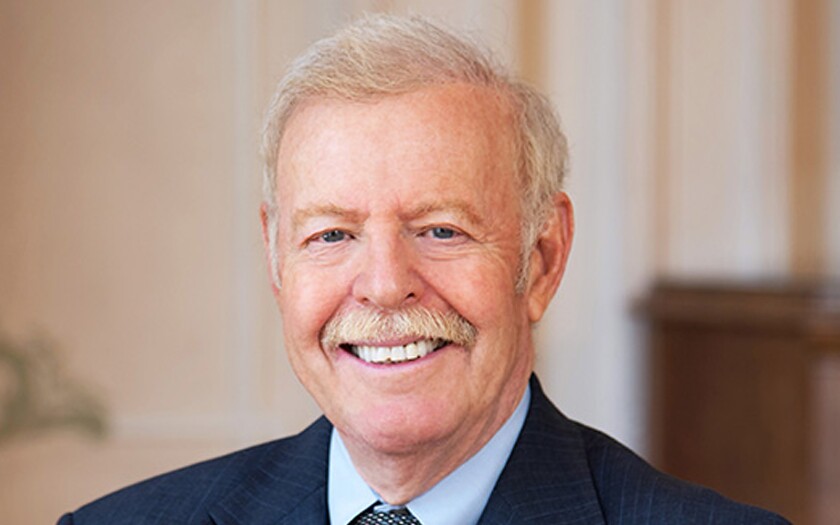 Arrest of Hobgood Elementary child could lead to class-action lawsuit

KHN’s ‘What the Health?’: Contemplating a Post-‘Roe’ World