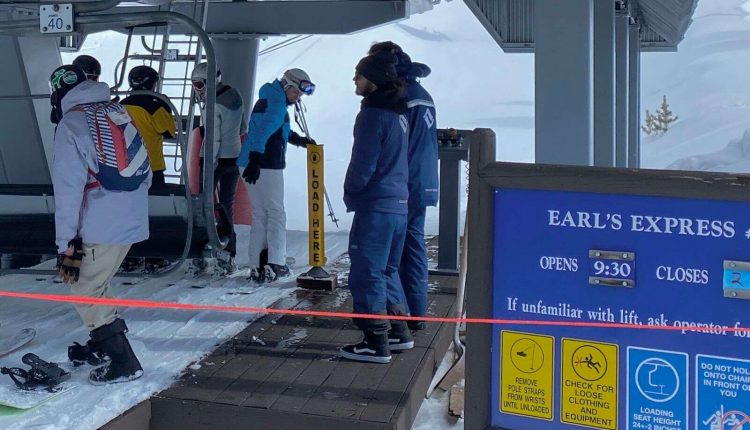 Vail Resorts workers who received a settlement offer from the company have until May 6 to opt out of that offer. The case claims Vail Resorts has been failing to pay reimbursements for equipment, failing to compensate for staff time spent training or in meetings and failing to pay for time spent in getting on-mountain workers to their posts, among other allegations.
John LaConte/Vail Daily archive

Vail Resorts workers considering the May 6 deadline to opt out of the class-action lawsuit known as “Hamilton” are being asked to consider the option of another case claiming to be stronger.

And lawyers in that case say the settlement in the Hamilton v. Heavenly Valley suit, currently being considered in California court, fails to inform Vail Resorts workers of the existence of their case, which is based in the Vail Resorts’ headquartered state of Colorado.

According to the report:

“For all putative collective members to exercise their right to opt-in, they must first receive notice of the action and a consent form. Thus, the ability of plaintiffs to proceed collectively and obtain the ‘advantage of lower individual costs to vindicate rights by the pooling of resources’ depends on (i) plaintiffs’ counsel’s ability to identify and contact putative collective members and (ii) their receipt of ‘accurate and timely notice concerning the pending of the collective action.'”

“Here, the related action settlement notice fails to inform putative settlement class and FLSA collective members of the existence of this action, its far broader and stronger claims, and their ability to opt out of the settlement and join this action instead. A permanent injunction is necessary to avoid this prejudice and irreparable harm.”

The California case claims Vail Resorts has been failing to pay reimbursements for equipment, failing to compensate for staff time spent training or in meetings and failing to pay for time spent in getting on-mountain workers to their posts, among other allegations. The settlement offered in that case received initial approval as a $13.1 million offer spread over a massive class of Vail Resorts workers in many states, with attorneys deducting more than $4 million in administrative costs and legal fees.

But attorneys in the Colorado case, known as Quint et al., say that Vail Resorts “colluded” with those involved in the California case “to give Vail a cheap escape route from the massive liability it faces in the (Quint et al. case ).”

A motion to intervene in the case was denied by California state judge Michael J. McLaughlin, but the attorneys in the Colorado case filed a motion to appeal that decision on March 7 and are currently waiting on a decision in that appeal.

Meanwhile, anyone is welcome to join the Colorado case, attorney say. Among those hoping for a better shot with the Colorado case is the creator of the website ResortSettlementOptOut.com, who claims to be an hourly employee from a Vail resort in California who otherwise wishes to remain anonymous due to fear of retaliation.

ResortSettlementOptout.com was published in an effort to supplement the deficiencies in the opt-in site, ResortSettlement.com, which detractors say doesn’t tell members of the class action lawsuit if or how they can contact each other, and they say it doesn ‘t tell people how to revoke an opt-in they have already issued if they changed their mind.

A link to exclude yourself was not part of the opt-in site’s “exclude yourself” section for much of its publication life, but that link was added to the opt-in site following the April 25 Vail Daily story stating “no opt-out link is offered on the ‘exclude yourself’ section of ResortSettlement.com, the website set up by the plaintiff’s attorneys to notify them of the settlement opportunity.”

A Spanish translation is now available on ResortSettlement.com as well.

This story is from VailDaily.com.

A Guide to Help You Keep Up With the Omicron Subvariants