‘Are we a democratic nation?’ Vice-President Jagdeep Dhankhar’s fresh critique of Supreme Court on judicial appointments 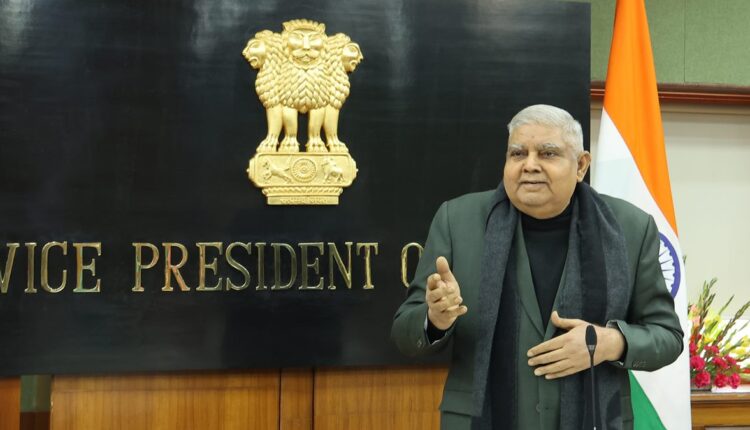 Refusing any let down in the continuing skirmish between the executive and the judiciary, Vice-President Jagdeep Dhankhar on Wednesday questioned the landmark 1973 Kesavananda Bharati case verdict, which had ruled that the Parliament had the authority to amend the Constitution but not its basic structure, saying it will be difficult to answer if India is a democratic nation.

The Rajya Sabha Chairman also highlighted the apex court’s decision to strike down the National Judicial Appointments Commission (NJAC) Act in 2015 in light of the 1973 verdict. Dhankhar was speaking at the inaugural address at the 83rd All-India Presiding Officers Conference in Rajasthan’s Jaipur on Wednesday.

“In 1973, a wrong precedent was set. In 1973, in the Kesavananda Bharati case, the Supreme Court gave the idea of ​​basic structure saying Parliament can amend the Constitution but not its basic structure. With due respect to the judiciary, I cannot subscribe to this,” Dhankhar, who has been a Supreme Court lawyer, said.

“Can Parliament be allowed that its verdict will be subject to any authority… The executive has to follow laws and the judiciary cannot intervene in law-making,” Dhankhar said.

“If any institution on any basis strikes down the law passed by Parliament then it will not be good for democracy and would be difficult to say we are a democratic nation,” the Rajya Sabha chairman said.

Speaking about the NJAC Act, Dhankar said that it is a scenario that is perhaps “unparalleled in the democratic history of the world”.

“The executive is ordained to be in compliance with the constitutional prescription emanating from Parliament. It was obligated to adhere to the NJAC. Judicial verdict cannot run it down,” he said.

Earlier, on December 7, Dhankhar, presiding over the Rajya Sabha for the first time on the opening day of the Winter Session of the Parliament, had remarked that the striking down of the NJAC was a “severe compromise” of parliamentary sovereignty and disregard of the “mandate of the people”.

Referring to the relationship between the judiciary and legislature, Dhankar said that “we cannot have an ostrict-like stance”, reported The Indian Express.

The Vice-President also asserted that parliamentary sovereignty and autonomy cannot be permitted to be qualified or compromised as it is quintessential to the survival of democracy.

“The more subtle the incursion, the more dangerous it is,” he said. The legislature, he said, did not have the power to write judicial orders, and the executive and judiciary did not have the authority to legislate, and cautioned against “one-upmanship” and “public posturing from judicial platforms” which, he said, what prevalent today.

Meanwhile, senior Congress leader and former Union minister P Chidambaram on Thursday reacted to Dhankhar’s remarks and said that the vice-president is “wrong” when he says that the “Parliament is supreme”.

The Hon’ble Chairman of the Rajya Sabha is wrong when he says that Parliament is supreme. It is the Constitution that is supreme.

The “basic structure” doctrine was evolved in order to prevent a majoritarian-driven assault on the foundational principles of the Constitution.

The “basic structure” doctrine was evolved in order to prevent a majoritarian-driven assault on the foundational principles of the Constitution, Chidambaram said in a series of tweets, adding that Dhankar’s views should “warn every Constitution-loving citizen to be alert to the dangers ahead”.

Journalists Follow Up on Radon Mine Health Spas, Open Enrollment, and Health Fraud