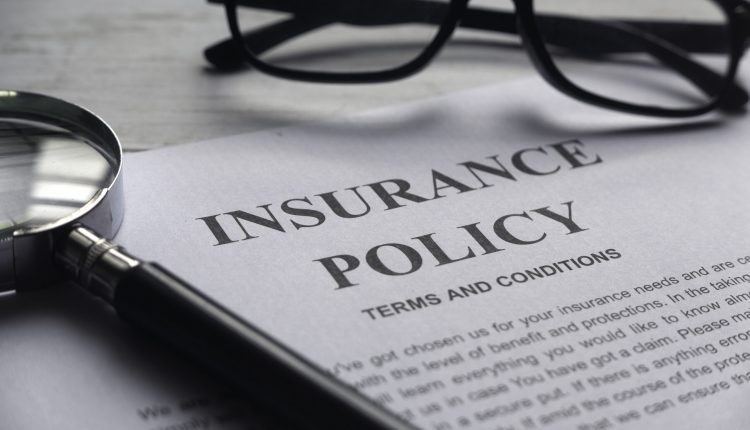 A Massachusetts Appeals Court panel affirmed the judgment and decertification, in part, of a class-action lawsuit against Commerce Insurance Co. that alleged breach of contract and violations of six state laws as well as state regulations in the payment of total loss settlements.

The suit was filed in 2019 by policyholder Michelle Puopolo, as the class representative, on behalf of “all persons who made a claim or claims under the Limited Collision, Collision or Comprehensive provisions of their automobile insurance policy with Commerce whose claim payments were reduced by any amount of Commerce contends it paid to the storage facility in relation to the claim.” Jessica Nohmy and Victor Pagan were later added as class representatives.

“Plaintiffs’ claims arise as a result of Commerce’s unlawful practice of charging its own insureds a portion of the vehicle storage charges which Commerce previously paid to third-party storage facilities for the storage of the insured’s vehicle following a collision,” the third-amended suit states.

The suit sought monetary, declaratory, and injunctive relief as well as an order “permanently enjoining Commerce from continuing the practices” outlined in the suit and a jury trial.

The policies Puopolo, Nohmy, and Pagan had with Commerce at the time of their collisions – which all happened separately – required that the carrier “pay reasonable expenses incurred in preventing further damage or loss” to their vehicles “including but not limited to towing and storage charges,” the suit states. The plaintiffs alleged that, by reducing the claim payments after paying the storage fees without objection, Commerce breached its contracts and didn’t have the authority to do so under Massachusetts laws and regulations.

Commerce allegedly failed to comply with performance standards for claims handling set by Commonwealth Automobile Reinsurers (CAR), which requires insurance companies to “resist and reduce” towing and storage charges if they’re unreasonable. The suit states that failing to do so and not having a plan to control storage costs, as required by CAR, constitutes “unfair and deceptive” business practices.

In the trial court, Suffolk Superior Court Justice Kenneth W. Salinger granted Commerce’s request for summary judgment and, in part, their motion to decertify the class.

The Appeals Court Panel found that Commerce wasn’t obligated in its contracts to pay storage expenses that exceeded a reasonable amount, according to its filed opinion.

“Both the 2008 and 2016 policies state that in the event of a collision, Commerce will pay up to the vehicle’s actual cash value. Commerce’s 2008 edition policy does not expressly provide coverage for vehicle storage costs,” the opinion states. “Rather, it says that Commerce will pay for the ‘reasonable expenses incurred’ where the plaintiffs do ‘whatever is reasonable to protect the automobile from further damage or loss.’ The 2016 edition, however, states that ‘[Commerce] will also pay reasonable and necessary expenses for towing, recovery and storage of your car.’

“The plaintiffs claim that Commerce committed a breach of the above provisions when it subtracted excessive storage costs from their ACV payments. As an initial matter, neither contract states nor suggests that the ACV is an irreducible sum or that it is irreducible after the subtraction of a deductible. Moreover, the plaintiffs’ argument overlooks a word of fundamental importance to the contracts: reasonable. …The parties agree that Commerce assumed the portion of the storage charges it deemed reasonable. Thus, the only way that the plaintiffs can show a breach of contract is to dispute the reasonableness of Commerce’s deduction.”

The panel added that the plaintiffs failed to present breach of contract evidence. As for the state law allegations, the panel found that they are without merit.

In regard to allegations of violating CAR’s regulations the panel states, “the plaintiffs have not articulated how a failure to do so constitutes a c. 93A violation. …Nor have they shown that Commerce violated the standards at all — the dispositive consideration here.”

“Commerce need only satisfy one of the two requirements. Because Commerce has amply demonstrated that it has plans to ensure that storage charges are reasonable — via its referral network and “Early Tow” program — there is no dispute that it is in compliance with standard six. The motion judge correctly granted summary judgment on this basis, concluding that ‘[n]anything in the CAR [standards] requires Commerce to challenge, resist, or reduce unreasonable storage charges imposed by non-referral repair shops chosen by insureds.’”

The panel also agreed with Salinger on the unfair settlement practice allegations. “Commerce did not commit a breach of the policy terms, and thus, as the judge explained, its ‘claims practices in setting off excessive storage charges against ACV payouts were and are lawful.’”

One of Commerce’s attorneys, Larry Slotnick, declined to comment on the case when asked by Repairer Driven News. The plaintiffs’ primary attorney, Michael Forrest, didn’t respond to RDN’s requests for comment by the publication deadline.