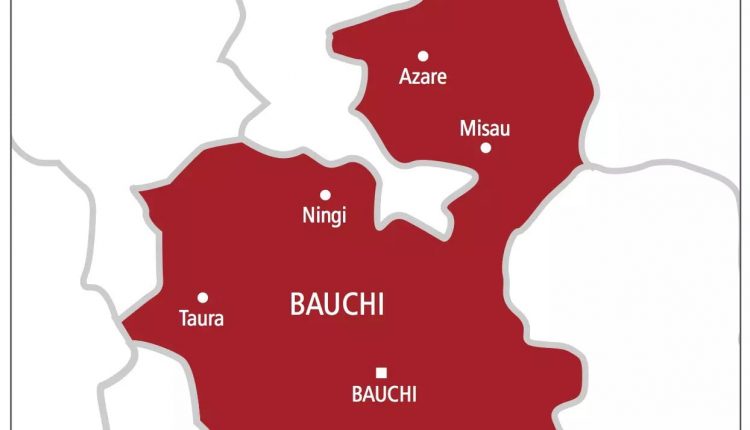 The Bauchi State Judicial Services Commission on Friday broke the air over rumors that it had employed 18 judges at the Higher Regional Court and said it is not hiring or appointing new judicial officers but is promoting deserving officials and also promoting existing vacancies in accordance with relevant law occupied .

The Commission’s clarification followed the directive of the state parliament, which halted further recruitment pending the outcome of the judicial committee’s investigation.

In response to the decision, the Chief Chancellor of the State High Court, Barrister Subilim Emmanuel Danjuma, claimed that the judiciary in the state was not synonymous with the state Department of Justice, adding that the judiciary was one of the three branches of government, executive and legislative.

He added that the Department of Justice has no oversight role for the judiciary in the state as it has no power to appoint or appoint judges for the state judiciary.

“The state justice system differs from the state ministry of justice. The state judiciary is a government body, just like the executive and legislative branches, which were constitutionally created in accordance with Section 6 (2) of the 1999 Constitution of the Federal Republic of Nigeria (as amended).

“The Department of Justice, like any other department, is a legal department of the executive branch. The Ministry of Justice has no oversight function over the judiciary, as this was never provided for in our Constitution.

“It goes without saying that the Justice Department has no power to appoint or appoint judges for the state judiciary. The appointment, promotion, and discipline of judicial officers and judicial personnel is the sole responsibility of the Judicial Service Commission, an entity established under p. 197 (1) (c) of the 1999 Constitution of the Federal Republic of Nigeria, as amended.

“Therefore, any alleged exercise performed by anyone or any agency in relation to not only state judicial officers but even judicial personnel is a pointless exercise,” said Danjuma.

He went on to explain that the Sharia Court of Appeals has experienced a labor shortage on both the upper and lower banks due to the massive retirement of its staff over the years.

According to him, the commission sought the state governor’s approval to promote merited and qualified lower judges to the rank of Sharia Higher Judge in order to remedy this deficiency.

He added that the governor approved the motion and shortlisted the senior management of the Shariah Court of Appeals and filed briefs with 36 Shariah judges to fill the existing 18 posts in the approved 2021 staff budget to support the state commission for the Judicial Service to be promoted to the position of Chief Sharia Judge for its consideration.

Danjuma said that at its meeting on October 5, 2021, the commission examined and approved the promotion of 18 of the 36 Shariah judges to Upper Shariah judges in the exercise of their constitutional powers.

“To get the records right, the Bauchi State judiciary, and the Sharia Court of Appeals in particular, has a labor shortage on both the upper and lower banks. This is borne by the massive departure of the staff without replacement.

“This can also be seen in the recent appointments of Grand Kadi and four Kadis, which add up to the higher bank of His Excellency the Governor of the State of Bauchi. With that in mind, the commission, in its wisdom, decided to seek the approval and approval of the governor to promote merited and qualified lower judges to the rank of Sharia Higher Judge to make up for this deficiency.

“The governor, in his generosity, complied with the request. For its part, the leadership of the Shari’ah Appeals Court shortlisted 36 Shari’ah judges and submitted letters to fill the existing 18 positions in the approved 2021 staff budget to give the Judicial Service Commission the position of Shariah Superior Judge for its consideration.

“It should be noted that the Judicial Services Commission, in its session No. 004 on October 5, 2021, approved the promotion of 18 of the 36 Shariah Judges to the position of Shariah Superior Judges in the exercise of their powers under paragraph 6 (c) of Part II (C) of the third appendix to the Constitution of the Federal Republic of Nigeria (as amended). “

The Chief Chancellor therefore stated that, as speculated, no appointment had been made by the Commission and said it was a promotion.

“You may be interested to note here that no appointment has been made by the Commission, as the media mischievously says. The seamless and unfair allegations that follow the promotions seem to suggest that this humble promotion was irregular and one-sided, ”he clarified.

Danjuma said that the appointment of judges is not only sensitive but is also regulated by the National Judicial Policy, the Guidelines for Appointing Judges and the Code of Conduct for Judicial Officials.

In his words: “We are not here to solve problems with anyone, but we are here to explain to unrepentant minds that the appointment of judges, unlike other appointments, is a highly sensitive matter and is regulated by national judicial policy. Judicial Appointment Guidelines and Code of Conduct for Judicial Officials.

He noted that for the avoidance of doubt, every aspect of the judicial appointment process should be such as to instill public respect and confidence that the best person in terms of skill, erudition, integrity, and courage is appointed to be a judicial officer.

According to Danjuma, “It is a fundamental and fundamental aspect of judicial policy that the process of appointing judges must be transparent and performance-based.

“In fact, the standard of appointment in terms of skill, competence, integrity, and conduct must not be compromised and must be strictly adhered to. See paragraph 2.1.4 of the National Judicial Policy of April 2016. “

What is LV= and why does its takeover matter? | Mergers and acquisitions

Big Law Must Reach Out, Work With Local Groups to Support Social Justice