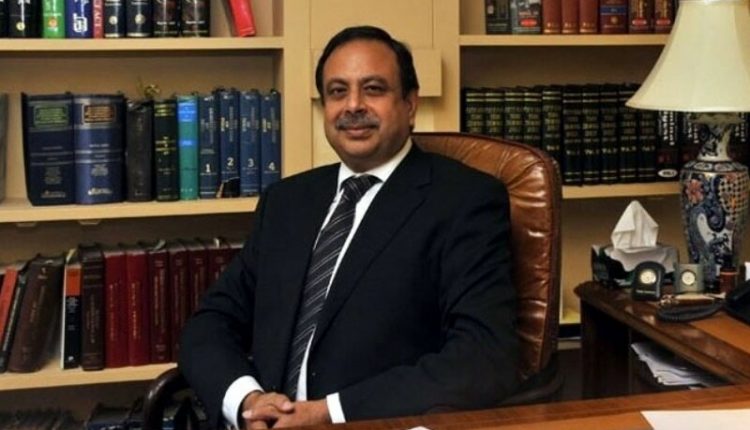 ISLAMA BAD: The top law officer of the country came out in support of the views put forward by Justice Qazi Faez Isa and Justice Tariq Masood — over the decisions taken in the previous Judicial Commission meeting — saying that he had agreed to defer the meeting as he was of the opinion that a “requisite criteria be structured for such appointments” before considering them.

In a late night letter issued by the office of the attorney general for Pakistan, Ashtar Ausaf Ali maintained that he categorically agreed with the stance put forward by Justice Tariq Masood.

He also supported the version of events presented by Justice Isa in his earlier letter, saying that he “wish[ed] that the meeting had ended in a cordial manner, with unambiguous conclusions… preclude[ing] the Honorable Justice and Senior Puisne Judge Mr. Qazi Faez Isa from completing his remarks”.

In the letter, circulated to other members of the Judicial Commission of Pakistan (JCP) and the press, Mr Ausaf Ali wrote that while he had refrained from commenting on the merits of each nominee proposed for elevation by Chief Justice of Pakistan Umar Ata Bandial “ in the interest of propriety”, he had maintained that Islamabad High Court Chief Justice Athar Minallah was “eminently qualified to be considered for elevation to the apex court”.

He clarified that his stance in the meeting was that “rejection or confirmation of candidates must be regulated by guiding rules”, which must be settled beforehand, and the data of any new candidates must be thoroughly assessed accordingly.

“It was for this particular reason that I suggested that the meeting be deferred until the approval of such criteria,” the AGP wrote.

“Any appointment to the Supreme Court of Pakistan is a sacred trust vested in the members of the Judicial Commission. To fulfill this trust, members must afford one another a full and unimpeded airing of their views.

“I am constrained to observe that the proceedings of the Judicial Commission can no longer be marked by such acrimony. We find ourselves in these rather transient offices as fiduciaries: our duty is to the republic we serve, not the travails of our personal experiences. To ensure the dispensation of justice, it is vital that the most outstanding jurists be elevated to the August Supreme Court of Pakistan, in a manner that is rooted in merit and process,” he concluded.

It is worth noting that following Thursday’s ‘hotly-contested’ meetings of the JCP, conflicting accounts had been circulating regarding what actually happened.

While a Supreme Court press release claimed that the meeting that deferred giving an opinion on the nominees put forth by the CJP for elevation to the apex court, JCP members said that the nominees were turned down by a five-to-four majority.

Justice Isa’s letter, written to JCP members after the meeting, lent credence to the latter impression by saying that the meeting had been wrapped up abruptly by the CJP, before he had a chance to fully deliver his views. He also noted that the CJP had not dictated meeting minutes, and the job had been left to the acting secretary.

On Friday, the CJP ordered the release of the audio recording of the JCP meeting in a bid to settle the controversy surrounding the meeting, while Justice Tariq Masood – another JCP member – wrote his own letter, supporting Justice Isa’s contentions.

Also during Thursday’s meeting, Law Minister Azam Nazeer Tarar had suggested revisiting the 2011 Supreme Court judgment in the Munir Bhatti case, which held that the parliamentary committee overstepped the rightful jurisdiction of the JCP and ignored its constitutional boundaries.

The law minister had also shared with the JCP the sentiments of the parliamentary body members; that their recommendations were not honored whenever they reversed JCP decisions, and that almost every time there was a judicial intervention or 95 per cent of their decisions were overturned by courts.

This emerged from the over two-hour long audio recording of the JCP meeting, where the law minister highlighted that the parliamentary committee was a constitutional body and the Constitution clearly called for respecting and adherence to the trichotomy of powers.

In 2011, a four-judge Supreme Court bench had held in the Munir Bhatti case that parliamentary committee neither had the expertise nor the constitutional mandate to reverse the reasoning and findings of the JCP, which consists of people with a background in law and the judicial system.

The purpose then was that the discretion in making judicial appointments should not be the forte of one man, as in the old system, but should rather be devolved to a body consisting of people who could be trusted to make a just evaluation through criteria relevant for the appointment of a judge of the high court, the judgment had held.

Constituted under the 18th Amendment, the concept of nomination by the JCP and then confirmation by a parliamentary body was included in Article 175A of the Constitution for elevating judges to superior courts.

The minister also did not support the nominations proposed by the CJP for elevation to the Supreme Court, adding he knew about the anxiety to fill five vacancies in the SC, but it is also true that filling a seat that will fall vacant next month should not be considered since it may create precedence and even be stretched too far.

Besides other JCP members, he also suggested considering the name of Islamabad High Court Chief Justice Athar Minallah who is an honorable judge and would be a good addition to the Supreme Court, and his elevation will also end the perception that capable senior-most judges are not being elevated to the apex court. His addition will also add to the transparency factor, he said.

Pakistan Bar Council representative Akhtar Hussain, another JCP member, also emphasized the need for adhering to the seniority principle, saying he had been a member of JCP for four years and the Bars have been urging for the need to adhere to this principle, and demand amendment to the JCP rules. He sought an early meeting of the rules committee.