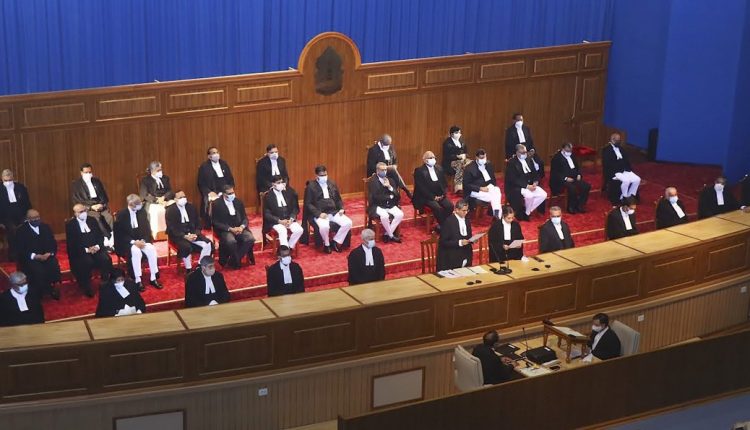 For me personally, the most controversial part of the great epic Mahabharata is when, at Agni’s behest, the pandavas torch the khandav Forest and destroy her fragile ecosystem – plants, animals and snakes. In fact, it is not coincidental that an act of revenge by Takshakathe snake, is traceable to this episode which almost brings an end to the Bharata dynasty.

Be that as it may, ago or fire, is now engulfing large parts of India this summer as the Modi government’s latest game changer – the Agnipath scheme – a short service commission where persons shall be recruited for four years to serve in the armed forces with no pension upon completion of the limited tenure has met with violent resistance from hundreds of unemployed aspirants across the country. Many of these agitators have resorted to wanting violence such as burning of trains and buses, and even stone pelting.

In the midst of this, I received a WhatsApp forward of a tweet by an Army veteran suggesting sarcastically that the government extend this hare-brained scheme even to the judiciary.

So let us indeed consider whether an Agnipath equivalent would really be such a bad idea for the judiciary, especially given the woeful status of our case pending and unfilled judicial vacancies. As of June 1, 2022, of the total sanctioned strength of 1,108 judges in high courts across India, 400 were vacant, which comes to about 36% of the total. Needless to say, this has a direct effect on the 59,70,487 cases pending in the high courts, of which almost 71% are still at the admission stage. The total figure for pendency at the Supreme Court stands at 70,852, and there are at present two vacant positions.

Also read: COVID-19 Increased Pendency of Cases at All Levels of Judiciary

Article 127 of the Constitution of India permits the Chief Justice of India (CJI), with the previous consent of the President of India and after consultation with the Chief Justice of the concerned high court, to appoint a high court judge as an ad hoc Supreme Court judge. A judge-made law has subjected this power of the CJI to the consensus of the collegium. Under Article 128 of the constitution, the CJI may also call upon retired judges of the Supreme Court to “sit and act as a judge of the Supreme Court”.

Article 224 of the constitution, as it originally stood, permitted that appointment of retired high court judges as “ad hoc judges” to address pending cases. However, this felt “neither adequate nor satisfactory” a solution. Many high court judges were also reluctant to take on such assignments as, upon retirement, if they were to make a comeback as an “ad hoc” judge they would be reduced to the status of the junior-most judge of the court. By the 7thth amendment, the “ad hoc” judges were given a quiet burial in 1956. Instead, Article 224 was recast to provide for appointment of “duly qualified persons” as “additional” and “acting” judges”. Such judges were not permanent and were expected to aid in the clearance of judicial backlog.

Additional judges are normally being appointed across high courts, for periods not exceeding two years, mostly when the sanctioned strength of permanent judges is fully occupied. As and when vacancies arise, their appointments are confirmed permanently. A recent exception to this convention was seen in the case of Justice Pushpa Ganediwala, who had delivered the “skin to skin contact” controversial verdict in a child abuse case, where the Supreme Court declined to confirm her appointment as a permanent judge of the Bombay high court.

In 1963, in a re-think, the 15th Amendment Article 224A inserted in the constitution, which again permitted the Chief Justice of the high court, with the previous consent of the President, to request a retired judge of the same or any other high court to officiate as an ‘ad hoc’ judge.

There have been just three occasions when Article 224A was invoked. Justice Suraj Bhan of the Madhya Pradesh high court was appointed as an ad hoc judge on November 23, 1972, having demitted office on February 2, 1971, for a period of one year or till the disposal of election petitions entrusted to him, whichever was .

Justice P. Venugopal of the Madras high court was, close to his retirement, appointed to a Commission of Inquiry to inquire into certain incidents that took place in Coimbatore town on July 23, 1981, and again appointed to a one-man commission to inquire into incidents of communal riots by order dated March 22, 1982. He was appointed to the post of ad hoc Judge in the year 1982 and yet again his term was renewed for a period of one year from August 19, 1983. More recently, Justice OP Srivastava was appointed as an ad hoc judge in the Allahabad high court, in 2007. He was one of the Members of the Special Bench constituted for hearing of the Ayodhya matter with the avowed object of facilitating continued and continuous hearings of this significant litigation.

The Allahabad high court in Indian Society of Lawyers v President of India, (2011) has held that as the President does not appoint an ‘ad hoc’ judge but only gives his consent for the same, the process of appointment of a regular high court justice would not apply in the case of an ad hoc judge.

On April 20, 2021, a bench of CJI Bobde, and Justices Kaul and Surya Kant, in Lok Prahari v Union of India, passed a detailed judgment on activation of the machinery under Article 224A for appointment of ad hoc judges. While leaving it to the discretion of the high court judge concerned, the court gave broad guidelines on circumstances that could serve as ‘trigger point’ for appointment of ad hoc judges.

(i) vacancies reaching 20% ​​of sanctioned strength;

(ii) cases of a particular category pending for more than 5 years;

(iii) 10% of backlog of pending cases being over 5 years; other

(iv) percentage of the rate of disposal of cases being lower than the institution of cases.

The court ruled that ‘past performance of ‘recommendees’ in both quality and quantum of disposal’ would be considered. It suggested that a period of two to three years would be a suitable tenure for such ad hoc appointments. It suggested that the number of ad hoc judges should be two to five per high court. However, such ad hoc judges, once appointed, could not perform any other legal work – advisory, arbitration or appearance. The process of appointment again would require to be routed through the collegium process, though the court was of the view that the delays associated with the regular judicial appointments would not be applicable.

Given the lucrative post retirement assignments, such as arbitrations, that judges usually get flooded with these days, and given that the collegium system is plagued with delay and palace intrigues, subjecting the ad hoc judges to a bar on arbitrations and requiring their appointments to be routed through the collegium system has ensured that this initiative remains a non-starter. 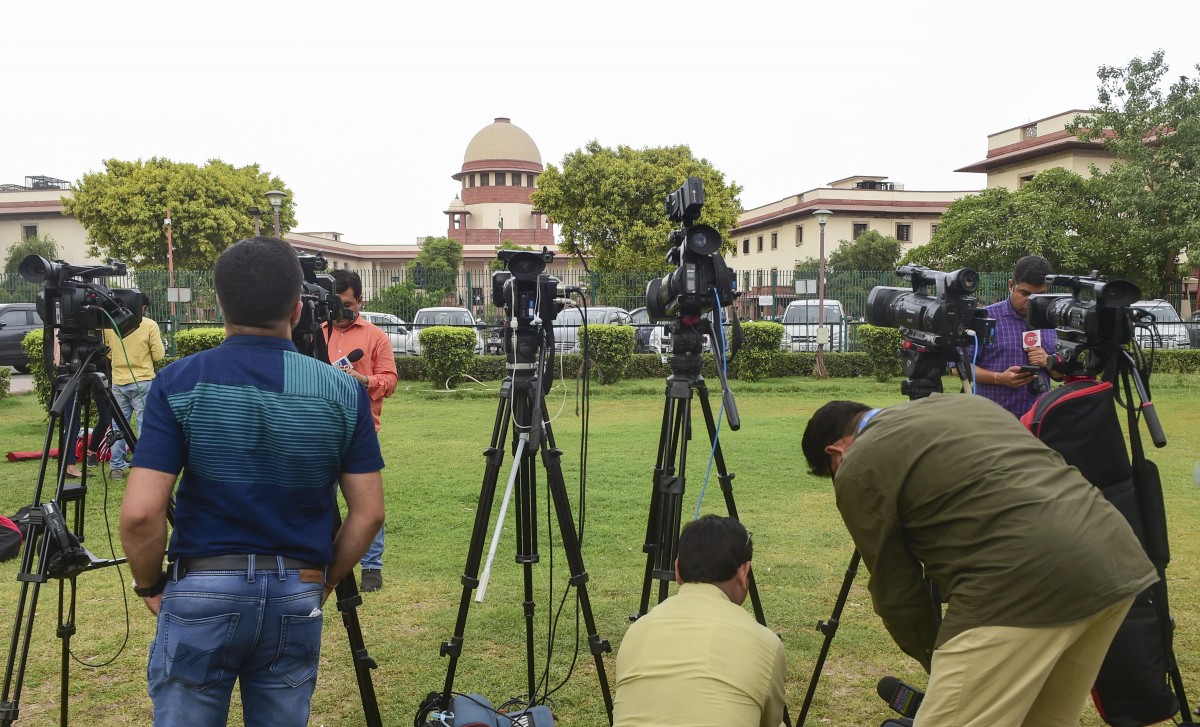 Media personnel at the premises of the Supreme Court. Photo: PTI/Kamal Kishore.

Now, coming to an Agnipath type of initiative for the judiciary, given that most courts are functioning way below their sanctioned strength, and given that the sanctioned strength had also been determined years ago, it may not be a bad idea to use the additional judges route to appoint judges for a fixed term of three or four years with the clear understanding that the purpose of such appointments is to clear the judicial backlog.

After all, almost 44% of all cases in the high courts have been pending for over five years. The COVID times have added immeasurably to this burden. It is humanly impossible to expect judges to hear and finally adjudicate more than 10-15 effective matters a day. The sad reality is that more than 60-70 cases are listed daily and in most cases and, in most cases, matters are required to be adjourned by several months simply on account of paucity of time. In fact, many have predicted that it would take several decades to dispose of the pending cases of many high courts and that too provided no fresh cases were instituted any further.

Also read: What Is Stopping Our Justice System From Tackling the Cases Pending Before Courts?

The anxiety of the government in matters of judicial appointments is understandable. The present government is very cautious in matters of judicial appointments and would not be disposed to entrustment of politically sensitive matters for adjudication to judges who have not met its strict background checks. This can be obviated by formulating a scheme under which these additional judges are selected as per their sectoral expertise and allotted only routine non-controversial cases such as labor disputes, service cases, civil revisions, matrimonial appeals, rent control, etc.

There is a pool of natural talent in the bar and many lawyers with sufficient seniority and experience would be more than willing to offer themselves for the cause of attacking the judicial pending. There are many senior lawyers who may be in the verge of winding down an active law practice and they may not be averse to contributing to the Bar and the cause of justice by volunteering to serve as tenure judges for limited periods. The clear understanding should be that this is only a temporary arrangement and the appointees should clearly not look for any extensions or permanent accommodation.

Sadly, even as I pen these words, I am conscious that the executive and the judiciary are risk averse and thus not receptive to any solutions out of the box. India’s justice delivery system stands sentenced to a long lonely road.

Sanjoy Ghose is a senior advocate.