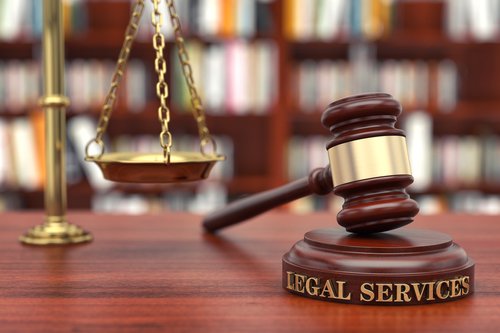 The ABA Center for Innovation on Tuesday released its inaugural Innovation Trends Report, which explores developments in the legal services industry by focusing on internal ABA innovation, advances in legal technology and regulatory innovation.

The report was written primarily by the center’s board members, who, according to an ABA news release, “collectively highlight some of the most innovative and forward-thinking efforts nationally in the delivery of legal services.” It also includes a section about Rocket Lawyer’s experience in the Utah regulatory sandbox program.

In its internal ABA innovation section, the report highlights the Legal Education Police Practices Consortium, which was created by deans of ABA-accredited law schools in 2020 in response to police killings and use of force in primarily Black communities. As of July, the report said, 60 law schools are participating.

The report also includes information about the Model Diversity Survey conducted by the ABA Commission on Racial and Ethnic Diversity in the Profession. For its 2021 edition, the survey collected data from 287 law firms with a total of more than 100,000 attorneys nationwide. It is the second ABA report on diversity, equity and inclusion in law firm practice.

Michelle Behnke, chair of the commission, talks about innovative techniques their team used to collect data in an interview included in the report. This interview, as well as others with legal thought leaders, can be accessed by scanning special QR codes.

Under advances in legal technology, the authors of the report explain the concepts behind application programming interfaces and legal platforms and why they’re important to the legal industry. In other essays, they discuss the metaverse and its legal implications and the use of and competency in technology.

“One explosive area for growth will be with analytics, such as predicting what a judge may decide in a given matter by looking at how she decided previously and applying an algorithm to determine the likely outcome if a similar case sat before her,” the report’s authors said in another essay about the potential use of artificial intelligence in the legal industry.

Rocket Lawyer announced in September 2020 that it was one of the first entities approved to participate in Utah’s regulatory sandbox program permitting nontraditional legal services providers, including those with nonlawyer investors, to operate in the state without fear of being accused of the unauthorized practice of law .

In the report, Rocket Lawyer said it has since assisted with thousands of legal matters, mostly for small business owners in Utah. It has provided various legal services through the sandbox program, including review of legal documents, attorney consultations and trademark registrations.

The report’s final section on regulatory innovation provides more background on the Utah regulatory sandbox program and recent developments in Arizona and other states. This includes exploration into the independent licensed paraprofessionals model.

The Center for Innovation was established in 2016 and plans to release a supplement on innovation in legal education at the 2023 ABA Midyear Meeting in February.