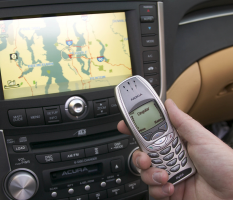 
Acura HandsFreeLink systems allegedly have defects that cause drained batteries.

May 14, 2022 — Acura Bluetooth battery drain problems caused a class action lawsuit which has continued in court since 2016 and is heading toward an October trial unless the parties settle.

According to the plaintiffs, Honda/Acura didn’t warn customers about alleged defects in the hands-free calling system called HandsFreeLink.

Those alleged defects cause the batteries to drain and caused the plaintiffs to allegedly suffer out-of-pocket losses and diminished the values ​​of their Acura vehicles.

What began as a nationwide action now includes Acura customers in only four states: California, Kansas, New York and Washington.

The class action involves all consumers who purchased these vehicles in those four states.

The Bluetooth system allegedly malfunctions and fails to turn off when not in use, causing the Acura battery to drain.

Acura was allegedly aware of problems with the HandsFreeLink Bluetooth systems before owners purchased their vehicles but did nothing to repair the systems before selling the vehicles.

The plaintiffs allege they would not have purchased their Acura vehicles or would have paid less for them if Honda would have warned customers the batteries would drain.

In the Acura lawsuit, plaintiff Lindsay Aberin says she bought a new 2005 Acura TL equipped with HandsFreeLink but took the car to an Acura dealer in February 2008 seeking repairs of the HandsFreeLink Bluetooth system.

The plaintiff says the dealer replaced the battery for free, but the Bluetooth problem occurred two years later and then again two years after that when the Acura battery was again replaced.

Aberin says she had to take the Acura to a dealer several more times because of HandsFreeLink problems until she disabled the Bluetooth system in 2016.

The Acura battery drain lawsuit alleges it can cost more than $1,000 to replace the HandsFreeLink system and even the replacement Bluetooth system may drain the battery.

Multiple class action claims have been dismissed as the judge trimmed the number of affected states to four.

The deadline to exclude yourself from the Acura battery drain class action lawsuit is June 20, 2022, and the trial is scheduled to begin October 31, 2022.

To exclude yourself or learn more about the Acura battery drain class action lawsuit, visit HandsFreeLitigation.com.