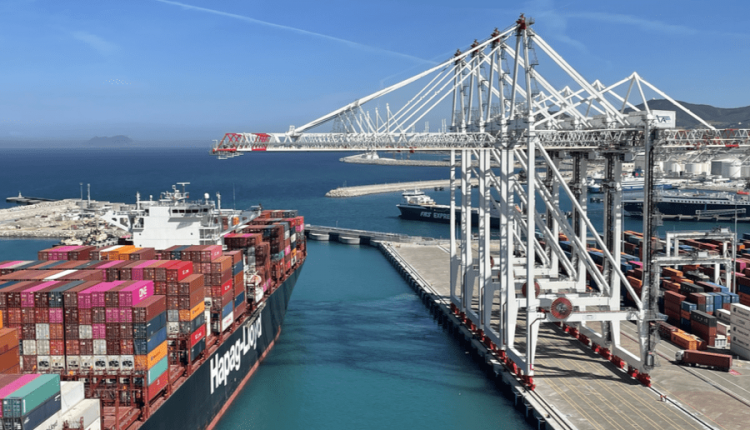 There is no denying that the past 18 months have been a tumultuous time for the global maritime industry.

Maritime trade plunged 4.1% in 2020 due to the unprecedented disruption from COVID-19, according to the United Nations Conference on Trade and Development (UNCTAD).

The pandemic has sparked shock waves through supply chains, shipping networks and ports that have resulted in falling freight volumes and foiled growth prospects.

Despite the gloomy mood, UNCTAD expects maritime trade growth to return to positive territory and expand by 4.8% in 2021, assuming global economic performance recovers. However, the organization emphasizes that the shipping industry must adapt to change and be well prepared for a changed world after COVID-19.

One look at the commercial and strategic activities of large shipping companies is often a good sign for the health of the industry in general.

Throughout 2021, mergers and acquisitions are sending mixed signals and painting a clear picture of fluctuating fortunes.

In September 2020, the industry leader Maersk announced that it would integrate Damco’s air and ocean freight as container freight into its broader business, thereby dissolving the brand that was merged with Maersk Line in early 2019.

The move was part of a series of strategic measures by CEO Soren Skou, aimed at the central goal of becoming an integrated logistics company that offers its customers end-to-end solutions.

Shipping commentators see Damco’s internalization as a blurring of the lines between shippers and carriers.

The alarm bells could be ringing for freight forwarders as Maersk now offers these companies direct competition. DB Schenker reacted quickly to the announcement and offered Damco customers a so-called stability package that corresponded to their previous terms and conditions.

It has created a fascinating dynamic as many freight forwarders rely on Maersk as a provider of transportation services.

And Damco wasn’t the only victim of the Danish company’s reshuffle. Maersk has also spun off lines, which include its once impressive oil drilling business, and instead is focusing its efforts on acquiring companies that fit its core purpose. This includes the specialists for customs and warehousing as well as numerous digital tools.

Another well-known brand that has dropped is American Diamond S Shipping, which in March announced its merger with New York-based International Seaways, with the latter retaining its brand as part of the all-stock transaction business.

Following the merger, International Seaways will own a fleet of 100 tankers with a combined capacity of 11.3 million tons, assets that give it an implied market capitalization of around $ 1 billion. The fleet will be divided into around 70-30 between crude oil tankers and product tankers.

Speaking of the latest merger announcement, Nadim Qureshi, Chairman of the Board of Directors of Diamond S Shipping said, “We are excited to complete a transaction that will create both short-term value for our shareholders and a superior, scaled vehicle that allows investors to participate Investing strong fundamentals in both the crude oil and product tanker markets. Since the focus of the management teams of Diamond S and INSW is similar, we see a further benefit from synergies in the combined company. “

The combined company will have 2,200 employees and a market value of approximately $ 2 billion.

In South Korea, a huge code-sharing agreement in the form of the K-Alliance is intended to strengthen the competitiveness of a number of shipping companies in Southeast Asia.

With the move, several companies are joining forces – HMM, SM Line, Pan Ocean and the recently merged Sinokor Merchant Marine and Heung-A Line – with the aim of reducing operating costs and increasing the quality of services.

The alliance is believed to represent approximately 40% of South Korean container volume in the region, which amounts to approximately 480,000 TEU. It is hoped that this consortium will help fend off international competition that threatens to gain a larger market share.

K-Alliance is an idea of ​​the South Korean Ministry of Oceans and Fisheries, which monitored the signing of the agreement by video conference towards the end of 2020. As an additional incentive, it offers alliance members preferential rates for new ship orders.

When announcing the move, the ministry indicated that more activity may be in store.

“It is the first attempt to form a service alliance consisting only of South Korean airlines in order to achieve economies of scale,” said the announcement. “Other operators are always welcome, in consultation with existing member companies.”

The Korean shipping industry, which has bottomed out, is showing signs of recovery, with the K-Alliance being another sign that the sector is on the way to a substantial recovery.

The activities of the German company Hapag-Lloyd also provide information about the general direction of travel of the global shipping industry. With the announcement of the acquisition of NileDutch in March 2021, the company signaled its intention to expand its activities in the booming African market.

With over 40 years of expertise, NileDutch is one of the leading providers of container services to and from West Africa. The company is present in 85 locations worldwide and has 16 branches in the Netherlands, Belgium, France, Singapore, China, Angola, Congo and Cameroon.

With 10 liner services, around 35,000 TEU transport capacity and a container fleet of around 80,000 TEU, the company connects Europe, Asia and Latin America with West and South Africa.

Rolf Habben Jansen, CEO of Hapag-Lloyd, emphasized the company’s confidence in the African market when the news of the NileDutch transaction broke out.

“Africa is an important strategic growth market for Hapag-Lloyd,” said Jansen. “The acquisition of NileDutch strengthens our position in West Africa and will be an excellent addition to our existing activities on the continent. Our common customer base will benefit from a denser network to and from Africa as well as a much higher departure frequency. “

In fact, it will be of great interest to watch where the dust settles in relation to the makeup of the global shipping industry as the world begins to break out of its cocoon and vaccination programs expand its reach.

Some big names have disappeared while others have been strengthened – a new status quo that has uncovered important trends that could shape the sector in the future.

Whether it is the step of giants like Maersk to combine freight forwarding and freight forwarding services, or Hapag-Lloyd’s clear vote of confidence in the African market – the dice will be rolled after the standstill period caused by COVID-19.

Study suggests that a “Solar Tsunami” could wipe out the internet completely within a decade. – ^