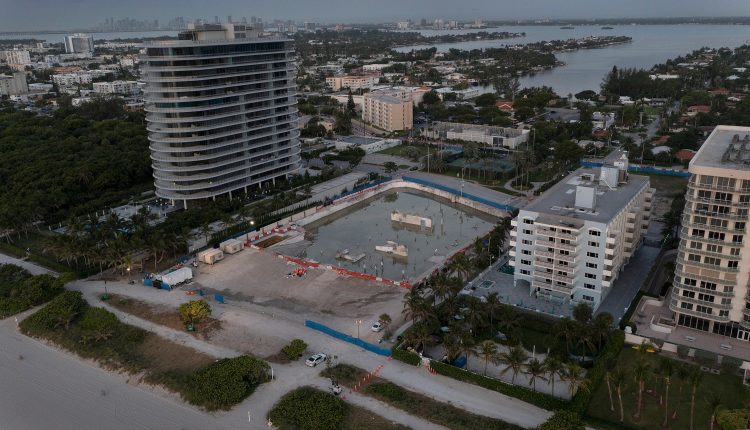 MIAMI (CBSMiami) – A settlement has been reached for Surfside condo collapse case.

“I’m really proud of my fellow lawyers everybody worked really hard,” said Attorney Eric Hockman, who got emotional as he discussed the surprise settlement that came out Wednesday at a hearing.

“We have gotten $997 million in proposed settlements before you and if Ricardo has his way, it will be $1 billion by the end of the week,” said one of the lead attorneys on the case during the court proceedings.

The announcement came after 11 months of litigation.

Hockman, who represents the Town of Surfside, says he remains in disbelief, not only because cases like this generally take upwards of five years to finalize, but also because of the circumstances surrounding the matter.

“We had been told by the court and we believe as lawyers that it was unlikely that we would see this kind of money available in this case, just because of the nature of it. This is a four-year property, the developer and the contractor who built it and all the people who were originally involved in his construction were really, well there was a statute of limitations problem,” added Hockman.

So where did all the money for the settlement come from?

“Most likely what happened was all the parties who are given notice of the potential suit or were actually sued decided it was better to pay out their policy limits in exchange for release of all denial of liability rather than try this case in court,” answered Hockman.

The money will be divided among the victims’ families and survivors, but attorney Stuart Grossman who was part of the negotiations says it will never undo the loss of lives from the tragic event.

“This money is meant to compensate parents, children, husbands, and wives who lost loved ones in this disaster. For their mental grief, for their mental pain, and suffering and it isn’t probably not even going to be enough to do that,” Grossman continued.

And now everyone from the judge to the families and the attorneys are celebrating this unprecedented milestone.

“A lot of people give lawyers a bad rap. We’re not the most sympathetic people, and people often see us as problems and getting in the way, I hope this is an example of the kind of things lawyers working together with the court, can accomplish when a judge takes active management on a case… It was emotional for all of us, we know what happened, it shouldn’t happen in this country,” added Hockman.

The judge still has to finalize the settlement and the parties in the class action still have to be named.