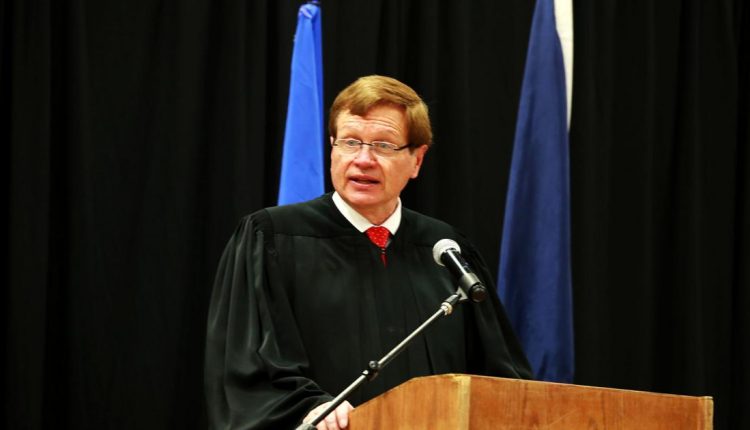 Montana Attorney General Austin Knudsen issued a press release late Thursday including his filing with the Supreme Court to exclude Krueger from taking part in a January survey of judges for her positions on SB 140, thereby removing the judicial nomination was eliminated commission. The commission selected candidates to be sent to the governor for appointment.

According to the email chain included in the filing, Krueger wrote from his government email account: “I’m also strongly against it[sic] this bill.”

The survey was sent using her state email account by Beth McLaughlin, the Montana Supreme Court administrator, according to the email chain. The original email stated that the poll was sent because Yellowstone District Court Judge Gregory Todd asked the Montana Judges Association to consider the SB 140.

McLaughin’s voicemail message on Thursday said she was out of the office until April 6th.

The Montana Judges Association registered as a lobbyist at this meeting and, unlike SB 140, is registered. Todd is the association’s president and has testified against several bills introduced at that session to revise the judicial process. He testified in a poll of judges who also opposed another bill, House Bill 342, that would have made judicial elections on partisan races.

Bernstein Liebhard LLP Announces that a Securities Class Action Lawsuit Has Been Filed Against Vroom, Inc.

Bernstein Liebhard LLP Reminds Investors of the Deadline to File a Lead Plaintiff Motion in a Securities Class Action Lawsuit Against Athenex, Inc.