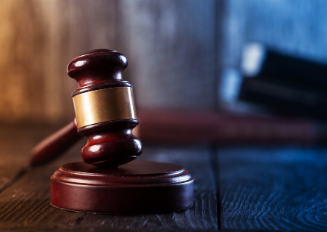 WASHINGTON – The Leadership Conference on Civil and Human Rights, National Women’s Law Center, People For the American Way, Alliance for Justice, the Legal Defense Fund (LDF), and more than 200 organizations joined together last week to send a letter to the Senate Democratic Caucus emphasizing the urgent need to continue confirming experientially and demographically diverse judges who are committed to civil and human rights before the end of this congressional session.

As senators return today, it is important that they work to confirm any and all judicial nominees who are awaiting full Senate action without delay. Remarkably, the Senate Judiciary Committee has advanced 109 judicial nominees and the Senate has already confirmed 84 lifetime judicial appointments. Yet the stakes have never been higher. There are still more than 100 vacancies waiting to be filled, and right now, 25 lifetime nominees are awaiting full Senate action, 12 are awaiting committee votes, and at least five more will have hearings in time for the full Senate to act by the end of this Congress.

The work of strengthening our federal courts is vital. A judiciary that values ​​and upholds equal justice and the protection of civil rights for all makes a difference in the lives of people and is one of the critical ways we protect and strengthen our democracy.

The November 7 letter to the Senate Democratic Caucus is available here.

Maya Wiley, President and CEO of The Leadership Conference on Civil and Human Rights, says: “For there to be equal justice in our nation, we need fair-minded federal judges who are committed to protecting civil rights and who come from all of our communities. President Biden and the Senate, with powerful leadership from Leader Schumer and Chair Durbin, have made the nomination and confirmation of judges a priority. They have rightly focused on highly qualified and diverse nominees who are committed to equal justice — including civil rights lawyers, public defenders, and a historic number of Black women nominated to our circuit courts, among other incredible milestones. It is imperative that they redouble their efforts in the days and weeks ahead. Every judicial seat matters for our communities, our rights, and our future — and we cannot delay. The Senate must confirm all judicial nominees who are and will be pending before the full Senate by the end of this Congress.”

“To have a lasting impact, it’s critical that the Senate double down on its current effort to confirm diverse judges who are fair, impartial, and committed to equal justice for all,” said Fatima Goss Graves, President and CEO of the National Women’s Law Center. “Our fundamental rights are under threat. With an extremist Supreme Court declaring we have no constitutional right to abortion and signaling other rights are under threat, our democracy cannot afford to leave vacancies open for judges who are out of step with what the majority of Americans want. Our senators must do the job they were elected to do and act now to confirm all eligible judges before the end of this Congress.”

“It is critically important for the Senate to prioritize judicial confirmations from now until the end of this Congress,” said Svante Myrick, executive director of People For the American Way. “We know the Senate has much urgent business and a lot on its plate. But unless our courts are led by fair-minded judges with a demonstrated commitment to civil rights, all the work of this Congress and this administration to secure our rights and freedoms will be at risk. President Biden has shown his commitment to nominating an outstanding slate of diverse, highly qualified federal judges to rebalance a bench pushed to the right by the previous administration — and the Senate Judiciary Committee under the leadership of Senator Durbin and the full Senate under Majority Leader Schumer have made important progress in confirming these nominees. But time passes quickly and we cannot afford to lose any time in confirming these nominees or leave any of them in limbo at the end of this Congress. We applaud the progress so far and urge the Senate to keep up the pace through the end of this Congress.”

“We’ve come much too far to hold back now when so many worthy judicial nominees are awaiting confirmation,” said Rakim Brooks, president of Alliance for Justice. “Whether they’ve been waiting for 12 months or 12 days, every one of President Biden’s nominees has demonstrated their eminent qualifications for the bench and must be confirmed ASAP. It will take great diligence for the Democratic senators to be present for every vote necessary to get these nominees across the finish line, but we believe in their power to do so. Our overworked courts are in desperate need of judges who will uphold equal justice for all such that we can’t afford to leave behind a single nominee. The swift confirmation of all remaining nominees must be an unflinching priority.”

“At this critical time for our democracy, we call on the Senate to confirm all current judicial nominees by the end of the year,” said Janai Nelson, president and director-counsel of the Legal Defense Fund (LDF). “The Biden administration’s ongoing efforts to advance qualified and diverse judicial nominees is one of the most durable legacies of any presidency. We have been encouraged by the number of nominees from underrepresented groups, including those who have spent their careers defending civil rights and will bring an essential and much-needed perspective on the lived experiences of our most vulnerable communities. This diversity in the judiciary is essential to the judiciary’s credibility and to the fair adjudication of the disputes that come before it. LDF is committed to ensuring that the federal judiciary reflects our country’s diversity and to protecting the central role that courts play in enforcing civil rights laws and the Constitution’s guarantee of equal protection.”

the National Women’s Law Center fights for gender justice — in the courts, in public policy, and in our society — working across the issues that are central to the lives of women and girls. We use the law in all its forms to change culture and drive solutions to the gender inequity that shapes our society and to break down the barriers that harm all of us — especially those who face multiple forms of discrimination, including women of color, LGBTQ people , and low-income women and families. For more than 45 years, we have been on the leading edge of every major legal and policy victory for women. Find out more at NWLC.org.

People For the American Way is a progressive advocacy organization founded to fight right-wing extremism and build a democratic society that implements the ideals of freedom, equality, opportunity and justice for all. We encourage civic participation, defend fundamental rights, and fight to dismantle systemic barriers to equitable opportunity. learn more: http://www.pfaw.org

Alliance for Justice (AFJ) believes that all Americans have the right to secure justice in the courts and to have their voices heard when government makes decisions that affect their lives. We are a national association of more than 130 organizations, representing a broad array of groups committed to progressive values ​​and the creation of an equitable, just, and free society.

Founded in 1940, the Legal Defense Fund (LDF) is the nation’s first civil rights law organization. LDF’s Thurgood Marshall Institute is a multi-disciplinary and collaborative hub within LDF that launches targeted campaigns and undertakes innovative research to shape the civil rights narrative. In media attributions, please refer to us as the Legal Defense Fund or LDF. note that LDF has been completely separate from the National Association for the Advancement of Colored People (NAACP) since 1957—although LDF was originally founded by the NAACP and shares its commitment to equal rights.

SHAREHOLDER ALERT: The Gross Law Firm Notifies Shareholders of FIGS, Inc. of a Class Action Lawsuit and a Lead Plaintiff Deadline of January 3, 2023