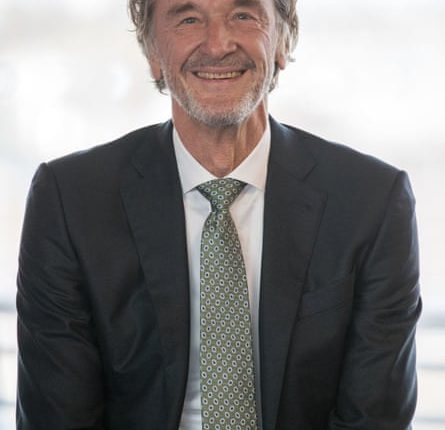 Manchester United fans have been protesting against the Glazer family’s ownership of their club since before they bought it 17 years ago. Now, the Glazers may be leaving the club after hoisting the for sale sign above Old Trafford with a target price of more than $4.5bn (£3.7bn) – roughly three times what they paid for it in a debt-fueled buyout in 2005.

At that price the dream of a fan-led buyout looks extremely unlikely, but who might have enough money to buy Man U?

Odds: Slim to none

Rewind a couple of years and Russian oligarchs would have been top of the list of possible buyers. But after Vladimir Putin’s invasion of Ukraine, many oligarchs have been hit with sanctions, forcing the sale of assets, including Roman Abramovich Selling Chelsea FC to a consortium led by the US billionaire Todd Boehly for £4.25bn after 19 years of ownership.

Before sanctions, the fertiliser, billionaire Dmitry Rybolovlev might have been linked to the club. He already owns the French Ligue 1 team AC Monaco and the Belgium side Cercle Brugge. Rybolovlev has escaped western sanctions, despite Ukraine’s president, Volodymyr Zelenskiy, calling for him to be added to the list.

Over the years many of the UK’s top clubs have fallen under foreign control from wealthy individuals or sovereign wealth funds from America, Russia and the Middle East. This has raised concerns among fans and politicians that the country which invented the beautiful game is losing control of its own league, potentially paving the way for a UK buyer.

Jim Ratcliffe, the UK’s richest person with an estimated £12bn fortune, lost out against Boehly in the battle to buy Chelsea and has said he would have preferred to have bought Manchester United anyway as it is the team he has supported since he was a boy. Just last month he revealed he had met the Glazer family to discuss buying the club but “they don’t want to sell it”.

Ratcliffe, 70, who was born in Oldham, greater Manchester, told a Financial Times Live event: “I’m a lifelong Manchester United fan. I was there in 1999 for the most remarkable match of all time in Barcelona. So, you know, the club is deeply etched in my mind.

“It’s owned by the six children of the father. If it had been for sale in the summer, yes we would probably have had a go following on from the Chelsea thing. But we can’t sit around hoping one day Manchester United will become available.”

Ratcliffe, who made his fortune from the petrochemicals company Ineos, is an avid sports fan and already owns France’s OGC Nice and Switzerland’s FC Lausanne-Sport. He also bought cycling’s Team Sky, which he rebranded as Ineos Grenadiers. Ratcliffe has also pumped millions into the Olympic gold medalist Ben Ainslie’s America’s Cup’s team, which has been branded Ineos Team UK.

Jim O’Neillthe former Goldman Sachs chief economist who led the “Red Knights” consortium of Man U fans attempting to buy the club from the Glazer family in 2010, said on Wednesday that he was considering forming another consortium to bid for the club but added that the Glazers were seeking too high a price.

“[Those figures are] obviously what they’re floating, but I don’t think that’s realistic, especially as the few smart people that might be vaguely capable of putting those kinds of sums together can see the same information the Glazers can see,” O’Neill, who was born in Gately, greater Manchester, told the Manchester Evening News.

He said Manchester United fans would be “pretty hostile to anything vaguely like a repeat of the Glazers”. O’Neill said that to be successful a bid would need to come from “some imaginative buyer who basically has a better purpose behind owning United” and who would be prepared to “pay the Glazers a lot of money”.

“You can think of the number of people willing to do that in the world on less than one hand,” he added.

Nick Candythe billionaire property developer who with his brother, Christian, developed the superluxe One Hyde Park apartment complex in Knightsbridge, also failed in a bid for Chelsea.

In his Chelsea bid application, Candy said he would put the fans at the “heart and center” of the club and consult them on big decisions. “I don’t think we should end up like Manchester United where we have one rich family that owns Chelsea and there should be a new benchmark of owning football clubs,” he said. “Why does there have to be one rich family that the fans end up hating because they don’t invest? It should be a global consortium of the best-in-class in every part of the world.”

Candy did not reply to requests for comment on whether he was considering a Manchester United bid. 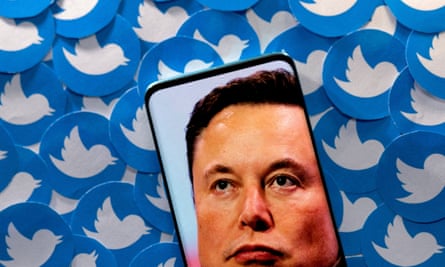 Colin Neville, a partner at Raine Group, the US investment bank that sold Chelsea and whom the Glazers have hired to find a buyer for Manchester United, said that when Chelsea was put on the block “we had people from six out of the seven continents , all the continents besides Antarctica, looking to buy the club”.

“We had some of the richest people in the world and in countries that would surprise a lot of people,” he said at the same FT event. “In respect to assets like Chelsea there is a world of have and have not in the Premier League. There are six power clubs that really don’t come up for sale, and several of them are owned by countries at this point.”

Elon Musk, the world’s richest person and owner of Tesla, Space-X and Twitter, has been suggested as a possible bidder, with bookies quoting odds of 7-1. In August he tweeted: “Also, I’m buying Manchester United ur welcome.” He later clarified that it was a “long-running joke”, although he said “if it were any team, it would be Man U”.

Rumors suggest that Dubai International Capital, the investment arm of Dubai’s sovereign wealth fund, may consider submitting a bid for the club. DIC, which is said to have about $13bn of assets under management, “almost signed” a deal to buy Liverpool FC in 2007, the company’s former chief executive has said.

“We would have been the first to do it out of this region. As soon as they won the Champions League in 2005, we got serious about due diligence in 2006 and almost signed in January 2007,” Sameer al-Ansari told Arabian Business magazine in 2014.

“What delayed us is because everyone knew [I] was a lifelong fan of Liverpool, including His Highness Sheikh Mohammed Bin Rashid al-Maktoum. So we did three times the amount of due diligence as I had to prove the business sense and there were very few clubs frankly where you can make a business sense.”