Trucking Law in View for Both Pa. Plaintiffs and Defense Bar Leaders 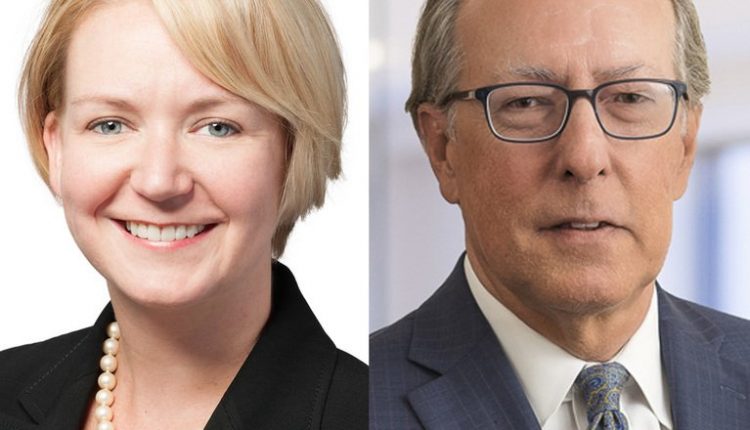 As fatalities involving heavy trucks have increased since the pandemic, leaders of Pennsylvania’s defense and plaintiffs bars are ramping up efforts to share resources for litigating cases involving commercial transportation companies.

In Pennsylvania, the volume of fatalities that resulted from an accident involving a heavy truck has trended downward in recent years, from 162 in 2016 to a five-year low in 2020 of 122, according to annual data published by Pennsylvania Department of Transportation. However, in 2021, they started to reverse course, reaching a total of 156.

Pennsylvania Association for Justice President Kila Baldwin, a former Kline & Specter partner who parted ways to start her own practice in July, said she and other leaders at the PAJ are working to organize a trucking law section so that members of the plaintiffs-side trial lawyers group can trade notes on how to pursue litigation stemming from trucking accidents.

Baldwin said they plan to open a section so the association can provide education in the form of continuing legal education courses to those who practice in this “ever more complicated field” and create a Listserv for attorneys to help each other find experts and resources for their cases.

“There are a lot of great attorneys in Pennsylvania that have handled this work for years,” Baldwin said in an interview Monday. “There are a lot of firms that are not recognized as trucking experts and it’s a great opportunity for people to connect those people through a Listserv.”

“The increasing complexity of these cases means you can’t just dabble in trucking law,” she said. “They are much more complex than basic automobile accident cases, and may also involve criminal investigations.”

Meanwhile, lawyers on the defense side are becoming more aggressive in their efforts to defend transportation industry clients against expected lawsuits.

Defense litigator Douglas Marcello, whose “sue them first” strategy resulted in a $300,000 settlement earlier this year with the estate of one of the victims involved in a 2014 crash, has just merged his small trucking law firm, Marcello & Kivisto, into central Pennsylvania -based firm Saxton & Stump’s trucking and commercial transport practice.

Marcello, who devotes a significant portion of his time sharing information with fellow members of the defense bar at industry conferences, said the reason for taking the aggressive approach to defending his client, Gypsum Express, was to give him the benefit of being able to choose a more favorable jurisdiction for his case, as well as gain leverage in the discovery process.

“It was a situation where we took action to file suit in order to start the litigation … and we could start discovery as well as have jurisdiction where the accident occurred,” Marcello said. “The general belief is the jurisdiction in Bucks County was going to be preferential from jury verdicts for defendants as opposed to other counties such as Philadelphia.”

James Saxton, president of Saxton & Stump, said his motivation for bringing on Marcello’s practice was to build toward a critical mass of trucking lawyers since establishing a practice in that space in 2020. Since Marcello is joining the Harrisburg office of Saxton & Stump with two associates and a paralegal, the addition was easier than having to train up lawyers and staff in a complicated area of ​​the law.

It also didn’t hurt that Marcello has a national practice comprised of trucking transportation businesses of all sizes, all of whom have indicated their plans to follow Marcello to Saxton & Stump.

“Trucking is an industry where their issues are very specific, and it makes good business sense for us to be able to provide those services on a national platform,” Saxton said.

Michael Traxler, chair of Saxton & Stump’s trucking and commercial transportation practice, said since he and shareholder Lane Brody brought their practice over from Reager & Adler in 2020, practitioners have seen a rise in demand for legal representation from transportation companies, as well as a rise in trucking-involved accidents around the US

“By no coincidence, that has coincided with the rise in mobile phones,” Traxler said. “Careless driving by passenger vehicles is driving up the amount of accidents. People are trying to race around tractor-trailers in a manner that creates an accident that’s unavoidable for a motor vehicle carrier.”

Marcello said following the onset of the COVID-19 pandemic, he surprisingly saw an increase in trucking-related litigation reaching his desk. The reason? Marcello speculated that it had to do with passenger vehicle operators driving faster and more recklessly because of the decreased volume of fellow motorists on the road.

While a majority of accidents are the fault of passenger vehicles, Marcello said a lawsuit will likely follow against the trucking company, regardless of who is at fault.

“Plaintiffs attorneys have targeted trucking as a main source of attack because they know there must be $750,000 worth in insurance there,” Marcello said. “If a company is involved in an accident, there must be a significant opportunity for recovery. … It has become an area where plaintiffs are living by the mantra, hit a truck and get a check. They look at trucks as being 18-wheel ATM machines.”

The other name partner behind Marcello & Kivisto, Sonya Kivisto, is not joining Saxton & Stump, having accepted an opportunity to join the County Commissioners Association of Pennsylvania in March as insurance litigation manager. On learning of her former colleagues’ plan to join Saxton & Stump, Kivisto said she was delighted they were taking advantage of the opportunity to join a larger firm.

“There’s a lot of litigation that comes out of any trucking accident and there are quite a lot of trucks on the roadway,” Kivisto said in an interview Monday. “Anytime there’s an accident with a truck, there’s potential for a lawsuit. Those can be very high-dollar value cases. And as the industry grows, so does the need for attorneys.”

Journalists Look Into Wildfire Trauma and the South’s Monkeypox Response