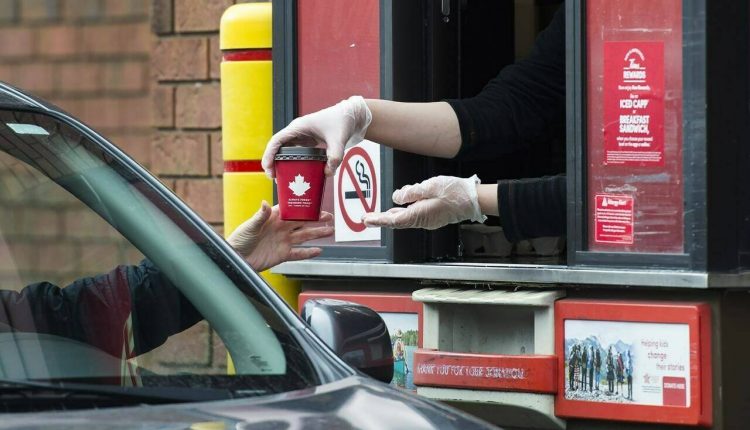 Tim Hortons says it has reached a proposed settlement in multiple class action lawsuits alleging the restaurant’s mobile app violated customer privacy which would see the restaurant offer a free coffee and donut to affected users.

The company says the settlement, negotiated with the legal teams involved in the lawsuits, still requires court approval.

Tim Hortons says in court documents it would also permanently delete any geolocation information it may have collected between April 1, 2019 and Sept. 30, 2020, and direct third-party service providers to do the same.

The proposed settlement comes after an investigation by federal and provincial privacy watchdogs found the mobile ordering app violated the law by collecting vast amounts of location information from customers.

In a report released last month, privacy commissioners said people who downloaded the Tim Hortons app had tracked their movements and recorded every few minutes — even when the app was not open on their phones.

The investigation was launched after National Post reporter James McLeod obtained data showing the app on his phone had tracked his location more than 2,700 times in less than five months.

In a statement, Tim Hortons said it was pleased to have reached a proposed settlement in the four class action lawsuits filed in Quebec, British Columbia and Ontario.

“All parties agree this is a fair settlement and we look forward to the Superior Court of Quebec’s decision on the proposal,” the company said in a statement.

“We are confident that pending the Quebec court’s approval of the settlement, the courts in British Columbia and Ontario will recognize the settlement.”

The company said the allegations raised in the class actions were not proven in court and the settlement is not an admission of any wrongdoing.

Tim Hortons said it would be emailing customers Friday to inform them of the proposed settlement.

According to court documents, Tim Hortons says the retail value of a free hot beverage is $6.19 while the value of a baked good is $2.39, plus taxes.

Customers would be provided with a credit for the items through a coupon or on the Tim Hortons app, documents said.

A hearing has been scheduled in a Quebec court on Sept. 6 to consider the proposed settlement.

The company says details on the distribution of the free hot beverage and baked good would be provided if the court approves the settlement.