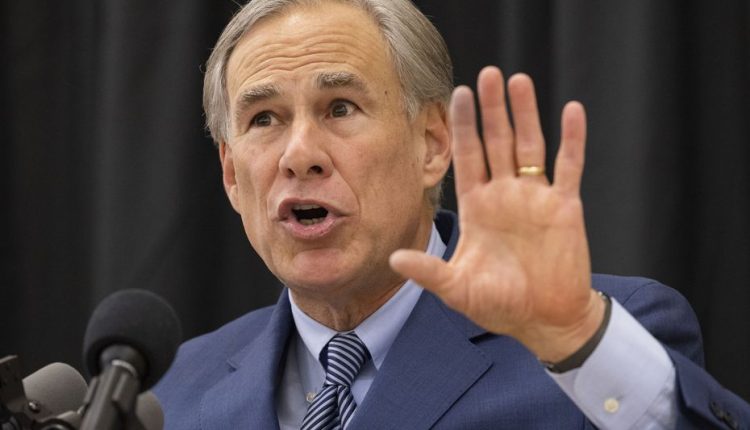 At his first meeting as a member of a state housing board, Dallas attorney Paul Braden voted to approve renovations on a low-income apartment complex in a small town southeast of Houston.

When the project was finalized, his law firm earned $70,000 for doing legal work on the deal.

Over the next three years, Braden voted to approve another dozen housing proposals that Norton Rose Fulbright earned more than $2 million, The Dallas Morning News found.

Braden did not report that his firm held a contract to do the work as a conflict of interest, records and video archives reviewed by The News show. State law requires board members with a personal interest in any agency matter to publicly disclose it and abstain from voting.

The firm said Braden had received assurances from the Texas Department of Housing and Community Affairs that no conflict existed.

“We are confident that Paul Braden complied with all legal and ethical duties while serving on the TDHCA board,” the firm said in a statement.

Two days after The News asked Braden about the fees, he stepped down from the board “to avoid even an appearance of a conflict,” the firm said. In an April 28 resignation letter to Gov. Greg Abbott, Braden wrote that “certain professional matters” made it challenging for him to continue on the board. Braden declined requests for an interview.

Texas Gov. Greg Abbott appointed Dallas attorney Paul Braden to the board of the Texas Department of Housing and Community Affairs in 2017.(Juan Figueroa / Staff Photographer)

Housing agency spokeswoman Kristina Tirloni said the agency did not believe Braden had a conflict because he was doing legal work for a nonprofit that helped finance the deals, not for developers who submit applications to the housing agency.

In fact, the funds to pay the legal fees to firms like Braden’s are generated by developers.

The agency did not respond to questions about whether they had assured Braden he had no conflict before The News asked about the contract.

“He has a business interest in the votes that he’s taking,” Cates said. “And that should have been disclosed.”

Board members are supposed to be neutral arbiters of the deals, which can be controversial. Residents in higher-income areas frequently protest the developments in their neighborhoods. On the flipside, developers often submit proposals to build apartments in areas with high levels of crime, putting residents at risk.

If board members have a personal or financial interest in which projects are approved, experts say it could influence their votes.

While most of the projects Braden voted on causing little dispute, at least two proposals he supported drew opposition. One was in a neighborhood with high crime, the other in a poor area prone to flooding.

When Braden joined the housing agency board in 2017, a fellow attorney at his firm had been earning fees on projects financed with bonds issued for some low-income housing deals approved by the board.

Two years later, the Texas State Affordable Housing Corporation, a nonprofit that issued the bonds, needed a new attorney to do additional legal work. Braden was the only lawyer to apply.

When the firm applied for the work, the two attorneys assured the nonprofit there was no conflict of interest because developers, not the nonprofit, submit applications to TDHCA.

Braden’s fellow attorney wrote in an email to the nonprofit that “to avoid even the appearance of improper conduct, it is contemplated that he [Braden] would abstain from any vote” on projects involving bonds issued by the nonprofit. Braden might also leave the meeting during those items, he wrote.

Braden added that he had previously abstained and recused himself on a board matter that did not involve the nonprofit.

The firm won the contract and Braden began working on the deals himself, earning a second stream of fees for his firm.

He did not respond to questions about why he voted on the projects after suggesting that he would not.

Since then, Norton Rose Fulbright earned fees on eight more projects Braden voted on, and another $650,000 on three deals that didn’t require a board vote. The firm has earned more than $2.7 million on low-income housing deals since Braden joined the TDHCA board.

Braden and his colleague typically earned only a small portion of the legal fees for work they did before TDHCA voted on whether to approve deals. When the transactions closed, the firm collected the much larger remainder of the charges, records show.

Most of the projects moved smoothly through the approval process, but two concerns were raised.

In 2020, a developer applied to remodel Houston’s W. Leo Daniel Towers, an eight-story building on the north side of Houston. The surrounding neighborhood had such high crime, the housing agency’s staff recommended the board reject the project.

When the issue came up at a board meeting, the area’s crime problems dominated the discussion. Braden voiced concerns about how risky it would be for a resident to walk to a bus stop or a neighborhood store. A Houston police commander who attended the meeting said he thought it would be “relatively safe.”

Braden and the rest of the board voted unanimously to let the project proceed. A year later, Braden’s firm earned $175,000 in fees.

A deal to renovate some Galveston apartments, known as Sandpiper Cove, also faced strong opposition when it came up for vote in 2021.

Federal inspections had given the apartments failing scores. Many were rifle with mold. Air conditioners didn’t work. And windows and doors were broken. Crime was high in the neighborhood, so was the poverty rate, and the apartments sat in a flood plain. Residents and housing advocates argued the renovation plan wasn’t adequate.

Much was at stake for the residents, who received federal rent subsidies that required them to live at Sandpiper Cove. Some had sued the US Department of Housing and Urban Development over the poor conditions and wanted the agency to provide vouchers allowing them to move elsewhere.

Because of the concerns, the nonprofit that Braden’s firm did legal work for had backed off from issuing the bonds.

HUD, while also fighting the residents’ lawsuit, wrote to the TDHCA board chair to voice support for the renovations. The vote was unanimous, in favor.

Eventually the deal was sent back to the nonprofit, which approved the bonds. When the deal closed, Braden’s firm had earned more than $230,000.

“The state has an interest in ensuring the decisions made by state agencies like TDHCA are made to benefit the public at large and not the individual board members,” he said. “That’s why we have these rules on the books.”

The state has multiple safeguards to catch conflicts of interest for agency board members.

When prospective board members apply with the governor’s office, they are asked to disclose whether their employer does business with the state.

In his application for the board, Braden wrote that his firm does some work for the state. It is unclear whether he disclosed his firm’s work for the nonprofit because the state form obtained by The News from the governor’s office appears to cut off his answer.

An employee with the governor’s office said their records contained no further information.

The governor’s office did not respond to questions about how it verifies information in applications, or whether Braden should have disclosed the firm’s work for the nonprofit. 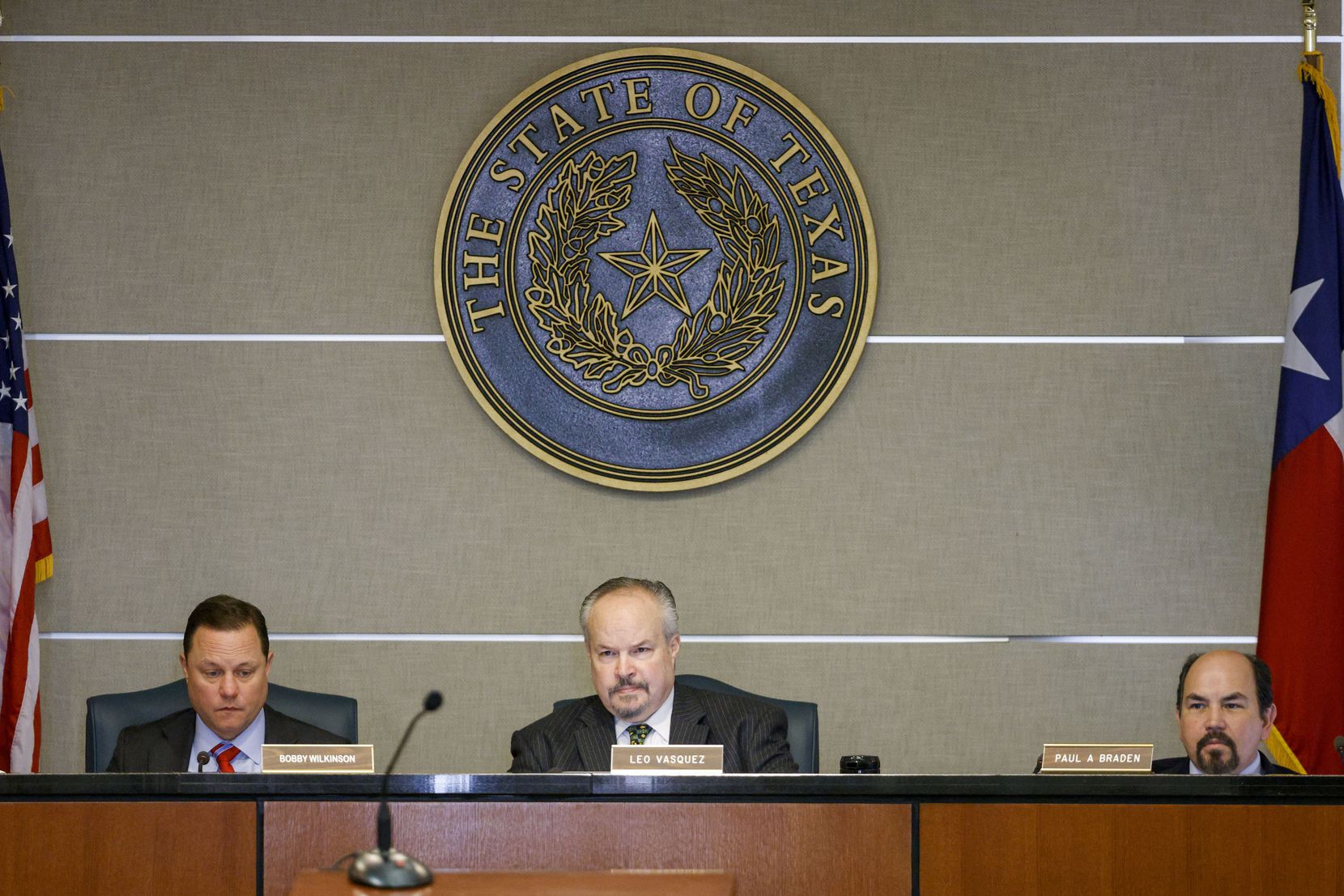 Housing agency training materials advise board members not to accept compensation that could impair their independence. They must also disclose in public meetings any “personal or private interest” in matters before the board, and abstain from voting. Breaking those rules is grounds for removal from the board.

The term “personal or private interest” isn’t defined in state law, Cates said. But in 1996, the Texas Ethics Commission was asked to decide whether the rule applied to a TDHCA board member who owned a construction company and bid on a project overseen by the agency. The commission found the rule applied and the board member needed to disclose the conflict and not vote.

In a statement to The News, the agency said Braden’s situation was different from that in the 1996 opinion. In that case, the board member would win a bid only if the deal was approved. But the agency said that in Braden’s case, if a deal is not approved, his firm would collect fees anyway when the bonds were used for another project.

State rules require the agency’s executive director to tell the board chair if a member engages in unethical behavior. Past chair JB Goodwin, owner of an Austin real estate company, said he didn’t recall receiving any such report. Current board chair Leo Vasquez did not respond to requests for comment.

In a statement, TDHCA said it did not believe Braden acted unethically.