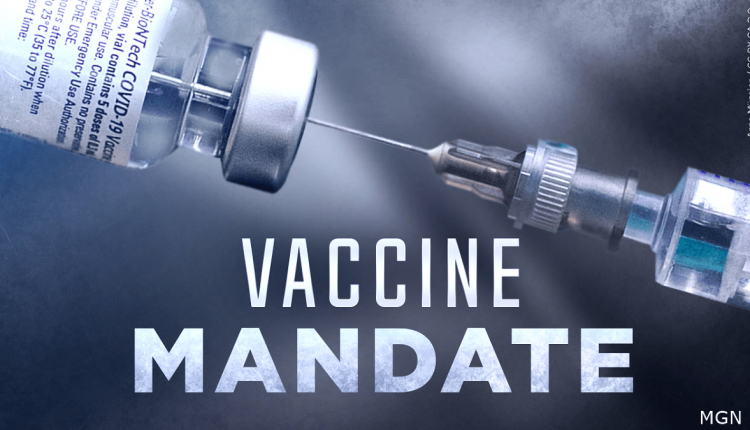 (The Center Square) – A panel of three Sixth Circuit judges has denied the Air Force’s attempt to overturn class certification granted to all members of the Air Force by a federal district court judge in July. In doing so, they handed another win to roughly 10,000 airmen and women fighting against the Department of Defense’s COVID-19 vaccine mandate.

The appeals court judges denied an emergency motion made by the Air Force requesting it stay the class certification and injunction granted in Hunter Doster et al. v. Hon Frank Kendall et al., by US District Judge Matthew W. McFarland of the Southern District of Ohio. In July, McFarland granted class status and issued a preliminary injunction preventing retaliation against Air Force employees who don’t comply with the mandate as the lawsuit continues. His order remains in effect.

McFarland rightered that the protected class includes all “active-duty, active reserve, reserve, national guard, inductees, and appointees of the United States Air Force and Space Force, including but not limited to Air Force Academy Cadets, Air Force Reserve Officer Training Corps (AFROTC) Cadets, Members of the Air Force Reserve Command, and any Airman who has sworn or affirmed the United States Uniformed Services Oath of Office or Enlistment and is currently under the command and could be deployed, who: (i) submitted a religious accommodation request to the Air Force from the Air Force COVID-19 vaccination requirement, where the request was submitted or was pending, from September 1, 2021, to the present; (ii) were confirmed as having had a sincerely held religious belief substantially burdened by the Air Force’s COVID-19 vaccination requirement by or through Air Force Chaplains; and (iii) either had their requested accommodation denied or have not had action on that request.”

He also ordered the Air Force and “any person acting in concert with Defendants” be prevented from taking any adverse action against those in the protected class who don’t comply with the order.

The plaintiffs allege the Air Force discriminated against them by denying their religious accommodation requests and violated their rights under the Religious Freedom Restoration Act (RFRA) and the Free Exercise Clause of the US Constitution.

Department of Defense Secretary Lloyd Austin has argued that the vaccine mandate is necessary for mission readiness and ordered that those who don’t comply face disciplinary action, discharge, and even court martial. The Air Force has maintained throughout the case that “in today’s global climate, it is in the public’s interest for the armed services to remain at full strength, rather than separating thousands of Airmen due to their refusal to get the COVID-19 vaccine.”

The Air Force has also argued that the thousands of airmen and women who oppose the mandates have tried their cases separately; combined, they don’t meet the requirements for class certification. It’s also argued that the plaintiffs’ RFRA claim can’t be litigated class-wide because it says it doesn’t have a general policy to deny all requests for religious exemptions. Instead, it’s argued that it uses “an individualized process that accounts for facts particular to each service member.”

But the appeal judges, in their 11-page ruling, point out that the Air Force has granted thousands of medical and administrative exemptions. Still, no religious exemptions, arguing, “we think the district court was likely correct when it held that, on this record, that contention supports litigation of both an RFRA claim and a First Amendment free-exercise claim class-wide.”

They also argue that the Air Force’s defense “provide[s] no basis on which we may grant a stay. Moreover, our review of the record does nothing to convince us that the Department is likely to prevail on” its argument against granting class status.

The appellate judges also said the “most remarkable” aspect of the motion brought by the Air Force was that it hadn’t “made any argument as to whether the First Amendment claim (as opposed to the RFRA claim) was improperly certified. That certification stands unchallenged; that claim can support class-wide relief as much as the RFRA claim can, and that omission is an independent reason to deny the Department’s motion to stay the class-wide preliminary injunction.”

The Air Force has yet to state whether it will ask the full court to weigh in on the case.