VANCOUVER, British Columbia – (Newsfile Corp. – January 13, 2022) – PreveCeutical Medical Inc. (CSE: PREV) (OTCQB: PRVCF) (FSE: 18H) (the “Company” or “PreveCeutical”) is pleased to announce the Settlement is aware of the proposed class action lawsuit filed by Michael Tietz and Duane Loewen against the Company and many other parties in BC Supreme Court, Vancouver Registry Complaint No. S197731 (the “Complaint”).

PreveCeutical has instituted lawsuits of its own against some of the defendants in the lawsuit, seeking damages for fraud, conspiracy, breach of contract and other wrongs relating to the same transactions that are the subject of the claims asserted in the lawsuit (the “PreveCeutical Lawsuit”).

The Company is pleased to announce that it has agreed to settle the claims asserted in the lawsuit without any admission of liability to avoid further costs, inconvenience and burden arising from this litigation and any other present or future litigation arising out of the facts that gave rise to this litigation (the “Settlement Agreement”). The settlement agreement is subject to court approval, which is expected to be obtained in early 2022.

Pursuant to the Settlement Agreement, PreveCeutical has agreed to make a payment of $350,000 and assign the PreveCeutical Claim to representative plaintiff and the class of plaintiffs defined in the Claim in exchange for the full and final release of Stephen Van Deventer, Shabira Ragan and all present and former officers, directors, managers, employees, consultants and underwriters of PreveCeutical; a promise by representative plaintiff and the proposed class of plaintiffs not to institute any proceedings or to assist anyone in bringing any proceedings against PreveCeutical and its affiliates for any matter alleged in plaintiff’s complaint; and an order of the court settling all claims excludes for contributions and compensation.

PreveCeutical will not have to pay any costs of pursuing the PreveCeutical lawsuit, will be reimbursed for any costs it may be awarded and is entitled to 25% of the amount recovered from the plaintiffs, less unrecovered legal costs.

On behalf of the Board of Directors of PreveCeutical

Actual results could differ from those projected in the forward-looking statements due to a number of factors, including risks and uncertainties related to: complexities and delays associated with research and development activities and the actual results of research and development activities; PreveCeutical’s ability to, among other things, protect its respective intellectual property, obtain any necessary governmental, regulatory or exchange listed approvals, approvals, consents or authorizations, including acceptance of proposed future activities by the Canadian Securities Exchange and the expedited obtaining of any required approvals from PreveCeutical world health authorities; and PreveCeutical’s ability to commercialize products, enter into business partnerships, complete its research programs as planned and obtain the funding necessary to carry out its planned future activities. Other factors such as general economic, market or business conditions or changes in laws, regulations and policies affecting the biotechnology or pharmaceutical industry could also adversely affect PreveCeutical’s future results or performance. These forward-looking statements are made as of the date of this press release and, except as required by applicable law, PreveCeutical undertakes no obligation to update the forward-looking statements or to update the reasons why actual results may differ from those projected in these forward-looking statements. Although PreveCeutical believes that the statements, beliefs, plans, expectations and intentions contained in this press release are reasonable, there can be no assurance that such statements, beliefs, plans, expectations or intentions will prove to be correct. Readers should consider all information contained herein and also refer to other periodic reports made available by PreveCeutical from time to time. These reports and PreveCeutical’s filings are available at www.sedar.com. Neither the Canadian Securities Exchange (CSE or CNSX Markets), its regulatory service provider (as that term is defined in the policies of the CSE) nor any other regulatory authority accepts responsibility for the adequacy or accuracy of this press release. 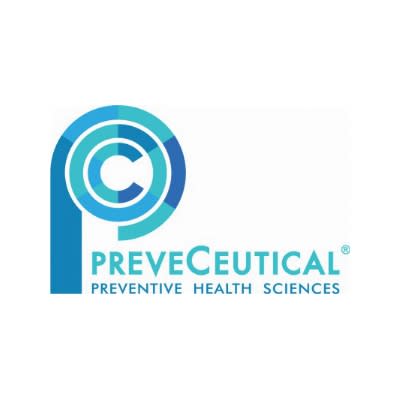 To view the source version of this press release, please visit https://www.newsfilecorp.com/release/109959

Watch and Listen: Examining the Risks of Covid’s Spread Within Hospitals