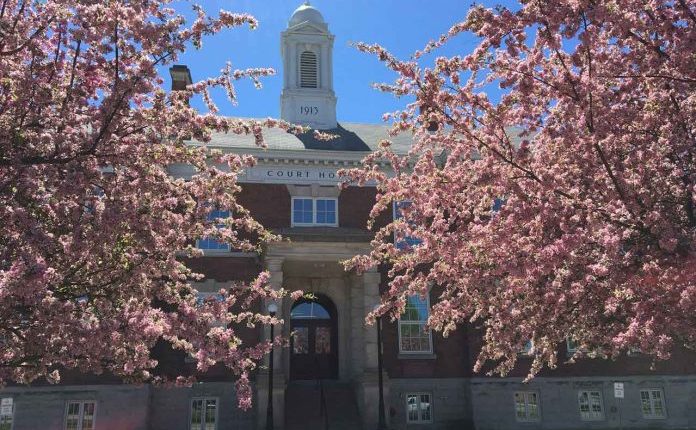 FORT FRANCES – NEWS – The Rainy River District Law Association is delighted to learn that a new judge of the Ontario Court of Justice will be based at the Fort Frances Courthouse, filling a 10-year vacancy on the local bench.

A memorandum from Regional Senior Justice David Gibson that was circulated to justice sector stakeholders on November 23, 2022 confirmed that the Chief Justice has determined that an addition to the region’s judicial allocation would be based in Fort Frances, which is the judicial seat of the Rainy River District.

The memorandum confirms that the new judge will preside in Fort Frances matters but will also be available to assist other communities and courts in the Northwest Region. Judges of the Ontario Court of Justice hear the majority of criminal and family law matters in the province. The provincial court is Ontario’s busiest court.

The Rainy River District has been without a local judge for a decade, following the departure of Justice Thomas McKay in 2012. Since that time, our local provincial courts have been presided over by visiting judges from across the province, but primarily from Kenora. The Rainy River District is currently the only county or district in the province without a local provincial court judge.

The new vacancy for Fort Frances has yet to be advertised. While the Attorney General of Ontario is responsible for selecting new judges for the Ontario Court of Justice from recommendations made by the Judicial Appointments Advisory Committee, it is the Chief Justice’s role to determine where judges are to be based.

The Rainy River District Law Association, with the support of the Federation of Ontario Law Associations, has been lobbying provincial officials to place a provincial court judge in Fort Frances for several years.

The Law Association extends its thanks to Kenora—Rainy River MPP Greg Rickford and Attorney General Doug Downey for their support, and their understanding of the need for a locally-based judge to facilitate access to justice and maintain a responsive and efficient justice system in the Rainy River District.