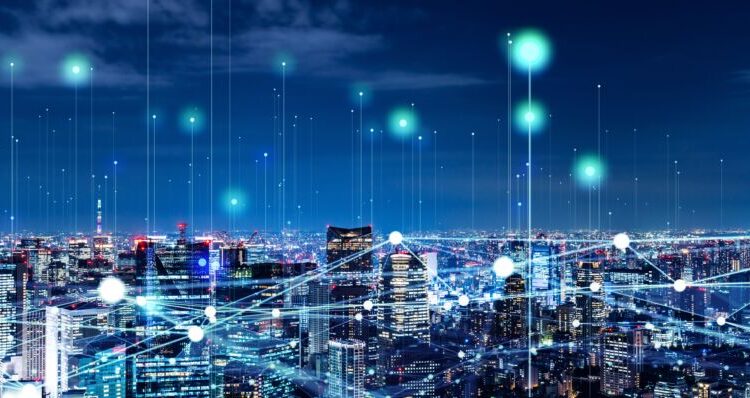 As the legal tech market booms around the world, its growth and impact in the Latin American legal market seems more muted for a number of reasons

There is little argument that Legal Tech initiatives have been gaining popularity around the world in recent years. At the end of 2022, for example, the value of the global Legal Tech market was estimated at US$29.8 billion, and it is expected to continue to grow at a compound annual growth rate (CAGR) of 8.9% in the next decade.

Despite a radically more difficult economic environment and declining valuations for tech companies, smart money continues to find its way into Legal Tech. However, the growth and impact of the sector seems to be lagging in Latin America, especially when comparing it to more mature markets in the United States and Europe.

Data is notably scarce and unreliable in the Latin American region, but various attempts at mapping the Legal Tech sphere do give us a sense of where the market is right now. (Some of these attempts include efforts by Global Legal Tech Report; Legaltechies; LegalTech Index; Lemontech Mapa Legaltech; and AB2L Radar.)

The first elephant in the room is Brazil. The country and its legal market play in a league of their own, and Brazil’s Legal Tech market is no different. But as a rather insular economy, with particular regulatory and linguistic barriers, it operates in a separate sphere and does not form part of a broader regional ecosystem that many observers see emerging in the rest of (mostly Spanish-speaking) Latin America.

Based on our own research and when looking into the above-mentioned market research, we estimate there are currently between 200 and 250 Legal Tech initiatives across Latin America (outside of Brazil), of which 70% are located either in Mexico, Argentina, or Colombia. We should add here that because of the relatively high turnover rate, this number is a fast-moving target because publicly available data doesn’t allow us to put any figures on the current size of the market.

When categorizing the various Legal Tech projects, both from the private start-up sector, captive initiatives within law firms, and Legal Tech initiatives promoted by the judiciary or other government institutions (estimated at 15% of all initiatives we were able to identify), we see that about one-third of these initiatives are centered around document management and contract automation, e-signatures solutions, and practice management software.

Analysis of the size, maturity, and health of the various Legal Tech ecosystems in Latin America reveal four key factors that directly affect the potential growth and success of these Legal Tech initiatives:

One major obstacle that seems to be holding back the coming of age for Legal Tech in Latin America is the lack of a unified legal system across the region. Latin America is made up of numerous countries, each with their own legal systems, institutions, and regulations. Some regionalization attempts in the main trading blocs such as Mercosur , of the Southern Common Market) and the Pacific Alliance have not yielded the level of legislative harmonization required for easy regional expansion. This can make it difficult for Legal Tech companies to develop products and services that are transferrable across borders, in turn hampering the scalability of their solutions.

This is especially complicated in the Caribbean, where common law legal systems prevail in the English-speaking countries, contrasting with the civil law systems in Spanish-speaking jurisdictions.

Building the foundation for Legal Tech

Apart from these regulatory differences, there are still many countries in Latin America that simply lack specific regulation that is required to have a solid foundation on which Legal Tech solutions can be built. There are notable gaps in terms of privacy and data protection regulation, electronic signatures, e-commerce, and access to public records and information. These laws have been drafted in some countries, but are non-existent in others, and the levels of implementation vary greatly.

For example, the difference between Ecuador, which has drafted and implemented a highly praised data protection law, and other Central American countries, such as Guatemala and El Salvador, that are still waiting to have such laws approved by their congresses. Similar marked differences exist across the other areas of legislation noted previously. And on top of these institutional weaknesses, many countries also lack a culture of legality in social and business relationships.

Finally, the stability (or lack thereof) of the regulatory framework also affects the viability of Legal Tech initiatives. Colombia, for example, is undergoing yet another tax reform process, the 21st reform the country has had since 1990. Any Legal Tech initiatives focused on that sector need to factor in the volatility that comes with increased politization and political instability that still constrains the region .

Although 70% of Latin American countries have a formal digital transformation and innovation agenda for the public sector, the digitization of the government and judicial institutions lags behind in most countries. Indeed, less than 30% of government procedures can be carried out entirely online in Latin America, and only 7% of citizens performed their last transaction with their government in an online format, according to a study published by the Inter-American Development Bank. And while there is no shortage of plans, a lack of substantial investment and institutional capabilities hamper the execution of this digital agenda.

These conditions are further exacerbated by an underdeveloped legal market that is still largely dominated by traditional small-scale legal service providers. In the larger economies, international law firms have clearly gained a foothold in the local market, but these firms mostly serve international financial institutions and multinational companies. The lack of strong domestic private sector development, and limited penetration of broadband internet and mobile phone use in Latin America also limits the total addressable market of Legal Tech companies. So even though a market in appearance can be substantial, the actual potential end users of Legal Tech solutions are still limited. Adding to these factors are also cultural barriers. Many people in the region are still hesitant about the use of technology, not only for legal services but for services in general, preferring instead to work with service providers in person.

Finally, another difficulty is the lack of funding for Legal Tech initiatives in the region. Many Legal Tech start-ups in Latin America struggled to find the investment needed to develop and scale their products and services. We have found that most of the appetite of venture capital has gone to financial tech (FinTech) initiatives, often referred to as the big brother of Legal Tech. What is clear is that FinTech is perceived as a better business and has absorbed a lot of the risk capital that ballooned in the region over the last five years. The debt of investment that poured into late-stage Latin American tech companies in recent years has now dried up, however, and it is likely that access to funding for Legal Tech will suffer as a result.

Still, there are initiatives in the region such as the Global Legal Tech Venture Day held in Bogota and the Magno Foro LegalTech event in Mexico in 2022, that are geared toward the exposure of Legal Tech initiatives to funding. And there is a growing track record of substantial venture capital investment in Legal Tech, such as the headline investment in Chilean company LemonTech by the US investment firm Accel-KKR based out of Silicon Valley.

Indeed, we’ve seen a Cambrian explosion of Legal Tech initiatives in Latin America, but the local context has proven so far much less fertile for these initiatives to flourish and scale up. As of right now, the macroeconomic conditions will likely complicate the access to funding in the short term, and without rapid improvement in the quality of regulatory frameworks, institutional set-up, and market conditions, domestic legal tech companies will have a hard time competing with larger consolidated players from outside the region that will be looking to expand their business and tap into new markets.

On the other hand, the democratization of artificial intelligence-based solutions such as ChatGPT, and other tools that make Legal Tech more user friendly and accessible, are going to expand the user base and open the door to applications and solutions not yet seen in the region.

So, despite some of the restraints described above, there is still a great opportunity to spearhead the development of Legal Tech solutions in the virtually untapped Latin American market. And those companies that can successfully time the market and navigate its particular conditions will still benefit from a first-mover advantage — the opportunity is there.