Port Strategy | Mergers and acquisitions up in port sector 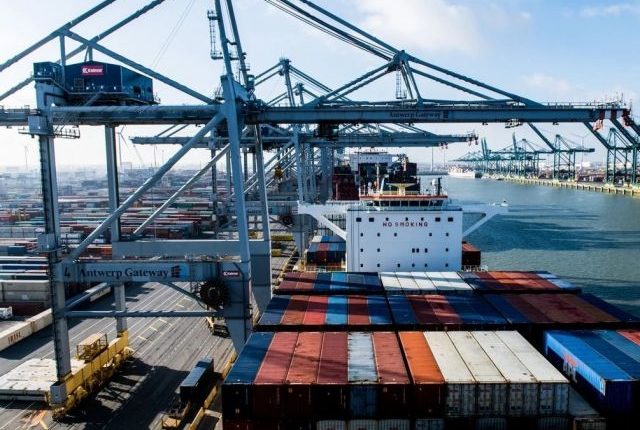 The ports of Antwerp and Zeebrugge are to be merged. Photo: Port of Antwerp

M&A activity in the port sector has increased. The latest mergers and acquisitions indicate that the sector is consolidating, reports a maritime research consultancy.

Drewry has referred to the planned merger of the ports of Antwerp and Zeebrugge, the agreement of 2019 between COSCO SHIPPING Ports, Tianjin Port Holdings and China Merchants International Terminals to merge their container terminals in Tianjin, the takeover of Yingkou Port by the Liaoning Port Company in the year 2020 and the 2020 acquisition of Krishnapatnam Ports Company Ltd (KPCL) by Adani Ports and Special Economic Zones (APSEZ).

“A merger of the two largest Belgian port authorities will have a positive impact on costs,” said Drewry.

The combined port will be located just behind Europe’s largest container hub, Rotterdam. As part of a joint plan, the two ports have identified three strategic priorities: sustainable growth, resilience and leadership in energy and digital transformation. Upon completion of the contract, the City of Antwerp will own 80% of the new company, with the City of Bruges controlling the remaining 20%.

This proposed merger is adding to an emerging global trend, Drewry said. Regarding the 2019 COSCO-Tianjin-China Merchants business, the consultancy said that the planned regionalization of ports (regional consolidation) in China is aimed at streamlining capacity planning and reducing harmful competition between neighboring ports.

China now has nine ports in the top 25 in the world, compared to eleven two years ago. Another deal as part of China’s regionalization strategy was the acquisition of Yingkou Port by Liaoning Port Company (formerly known as Dalian Port Company) in July 2020 for $ 2.39 billion.

Strategically, the agreement focuses on strengthening Liaoning Port’s status as the most important gateway port in northeast China. Figures from China’s Ministry of Transportation show that the port of Dalian saw a 41.7% annual volume decline to offset the overestimation of throughput in 2020 and the shift in volume to nearby Yingkou port. The Liaoning Port Company’s acquisition of Yingkou Port should help offset some of these interregional throughput shifts, Drewry said.

In another deal, Adani Ports and Special Economic Zones (APSEZ) acquired a majority stake of 75% in Krishnapatnam Ports Company Ltd (KPCL) for USD 1.6 billion. The multi-cargo port acquisition should APSEZ reach 500 million tons by 2025 per year and is a further step in the implementation of the company’s stated strategy of achieving freight parity between the west and east coasts of India. This acquisition complements Adani’s existing investments in Ennore and Kattupalli and strengthens its market position and control.

Despite increased M&A activity, the valuation remained below the long-term average and highlighted the possible acquisition opportunities, said Drewry.

Mergers and acquisitions are rising, leaving crypto assessments in question

Foreign bidders in public mergers and acquisitions in 2020