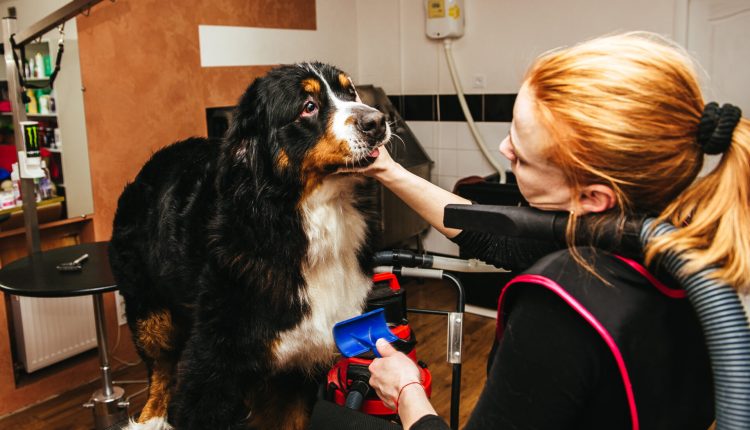 If you have ever tried to help a young person find a first job that could lead to a career, you may have stumbled across a posting from PetSmart, the national pet products retailer, that offers free training as a pet groomer — no experience required.

The job promises new hires access to the PetSmart Grooming Academy where they will participate in “an exclusive and knowledge-filled four-week, 160-hour-long program” that includes classroom training, hand-on grooming experience under the guidance of a senior groomer and tool kit worth over $600 upon graduation.

Free training that comes at a price

It’s a compelling offer. Free training is seen as value-add for new hires, especially if it helps inexperienced workers develop an in-demand skill. But PetSmart’s promised training comes with a catch.

New groomers are expected to pay back the full price of the training — up to $5,600 including the groomers kit — if they don’t stay with the company for two full years, even if they are fired or laid off. The debt is reduced to about $2,750 after one full year on the job.

PetSmart also requires all of its groomers to sign a Training Repayment Agreement Provision as part of its new hire paperwork, which includes language saying the training “is voluntary, for my personal benefit, and is transferable to grooming positions with other employers.”

In July 2022, BreAnn Scally, a former PetSmart pet groomer, filed a groundbreaking class-action lawsuit in California against the retailer alleging it engaged in an illegal scheme to trap trainees in low-wage jobs by levying thousands of dollars in “abusive and unenforceable debts” against them.

The lawsuit also claims that the pet groomer training has failed to deliver “exclusive instruction from a dedicated teacher in a classroom setting as well as a supervised, hands-on grooming experience,” which is part of the promised training agreement. Instead, novice groomers are rapidly putting into situations where they are expected to groom dogs for paying customers with little oversight or guidance.

Scally’s lawyers argue that the supervision provided is minimal, often by senior groomers or store managers who are overseeing their own customers and full-time workload. Scally reports that she learned most of her skills by going through the training materials on her own and observing other groomers, and that it wasn’t worth the cost: “That $5,000 far exceeds any reasonable value of the Grooming Academy and is well beyond what PetSmart groomers, who make barely above minimum wage, are able to afford,” the lawsuit contends.

Once groomers complete the training, they are expected to complete 200 “supervised grooms” at their hourly pay rate with no commission, followed by six more months of work before they can start collecting a commission. This means it could be more than a year before they are earning above minimum wage. If they leave before the two years are complete, the company threatens to send debt collectors after them to pay for the training and the groomers kit.

“The crux of the issue is that for PetSmart workers to become groomers, they are required to complete the Grooming Academy,” says Rachel Dempsey, an attorney with Towards Justice, the nonprofit workers’ rights law firm representing Scally in collaboration with Jubilee Legal and with support from the Student Borrower Protection Center.

California employment law prohibits employers from holding employees accountable for the cost of doing business. “To the extent that the training they receive is necessary to do their job and primarily benefits PetSmart, rather than the employees, then it’s unlawful under California Employment Law,” Dempsey explains.

This includes requiring them to pay for the groomers kit, which is a necessary part of the job. PetSmart does not provide groomers with the tools needed to groom client’s pets.

Conversely, if PetSmart tries to present the training as a valuable and transferable product, eg, a certification that would apply in any pet grooming environment, then it falls under the category of a consumer product. This might apply if a company pays for an employee to complete a master’s degree at an accredited university, or an in-demand software certification that includes testing by a verified third-party vendor. However, the grooming world doesn’t require licensing in California, nor does it recognize the PetSmart Academy or groomers certification.

PetSmart isn’t registered as a provider of education in California, so in this context they would be operating as an unlicensed school, saddling groomers with debt under unfair and abusive circumstances. “They are basically treating employees as consumers and holding their debt, which doesn’t comply with requirements for holding or trying to collect on a debt,” Dempsey says.

The lawsuit argues that, either way, TRAP strips PetSmart workers of bargaining power that they could use to seek out employment opportunities in which they would be paid more or treated better.

The potential impact on PetSmart will be determined by the number of participants who join the class-action lawsuit and the damages assigned if they lose. Damages could include reimbursing any repayments they collected via the TRAP in California, along with damages and back wages tied to the impact these practices had on employee earning potential and negotiating power. It could also trigger similar suits in other states, and potentially a federal claim under the Fair Labor Standards Act, Dempsey says.

While such predatory contract terms have existed for decades, TRAPs are becoming more common as companies look for new ways to undermine worker bargaining power. “Employers are using TRAPs as a way to get around prohibitions on non-competes,” Dempsey says. “The goal of these restrictive covenants is to lower employee mobility, making employees less able to negotiate for higher wages and better working conditions. It keeps them at jobs they would otherwise leave if they didn’t have massive economic consequences.”

Companies using these repayment provisions need to be careful about the cost they assign to that training, whether it adds value for the employee, and whether it is required to do the work. “When employers start charging for training that they would like the employee to have, but is not legally required, that’s a concern,” she says. “It is an important distinction for HR teams to recognize when they are developing these policies.”

Even if it is legal, companies need to consider the message it sends to employees about company culture. “Employees want to work in a place that provides them with good working conditions and benefits,” she says. “And free training is a good benefit.”

Rather than trying to lower costs by charging employees to provide that training, a better approach might be to treat them well so they won’t leave. “The best way to save money on employee training is to reduce turnover,” Dempsey concludes. “If you don’t have to constantly train new employees, your costs will go down.”

Formula May Be Right for Infants, but Experts Warn That Toddlers Don’t Need It

Covid Still Kills, but the Demographics of Its Victims Are Shifting