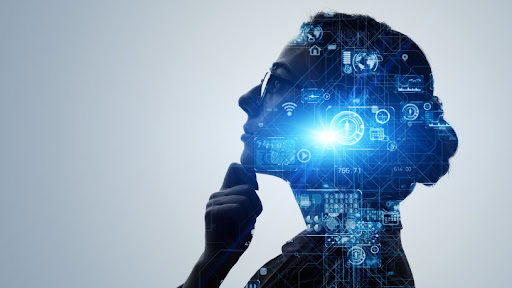 The COVID-19 pandemic is rapidly changing the way the legal profession interacts and uses information, and there is clear evidence that the industry is eagerly adopting and using technology.

In court proceedings, for example, more and more lawyers obtain their information via a laptop, PC, tablet, mobile phone or e-book. The age of paper-based information seems to be receding rapidly.

This is just one of the key findings of a comprehensive and updated survey by the leading provider of legal technology and risk and compliance solutions LexisNexis, conducted in partnership with the Law Society of South Africa (LSSA).

In a broader sense, the South African Bar Association was also badly hit by the pandemic but remained strong and resilient. Sixty percent of mostly small and medium-sized businesses say they will be “hard hit” by the lockdown, while the rest are more optimistic, saying that the changing labor paradigm has had minimal impact.

The 2021 Legal Tech Report is an important piece of research that provides a snapshot of the challenges and concerns facing the South African legal profession. The study also comes at a time when the rule of law in South Africa is being tested after 10 days of unrest that has damaged the economy and cost deeply worrying lives.

In this turbulent undertow, many in the legal community have repeatedly reminded that the center of society can only hold itself through respect and strict adherence to the principles of the rule of law and the constitution.

As a backdrop for the study, LexisNexis and the LSSA conducted a research collaboration in 2016 to best understand how the legal landscape has changed since a first commissioned study in 2008. A regular analysis of the legal profession was provided with the intention of developing an overview of legal practice in South Africa and observing significant changes and notable trends. The last report was published in 2016. The urgently needed incarnation in 2021 brought interesting and important insights.

28% of the respondents have been in the practice for up to 10 years, while 21% are experienced practitioners who have worked in this profession between 31 and 40 years. According to the best recent data from LexisNexis, there are nearly 13,000 law firms in South Africa with around 54,000 professionals, including attorneys, attorneys, intermediaries, attorneys-at-law and notaries. More than three quarters are considered small businesses and consist of one to ten fee recipients who are primarily involved in litigation, collections and transfers. “

This overview provides valuable context for the survey, as half of the sample size were sole proprietorships and almost three quarters had between one and ten employees. Most of the law firms in the 2021 survey operate in litigation, commercial law, transfer of ownership, civil and family law. The majority of respondents worked in the northern provinces of South Africa. Interestingly, over the past five years there has been an increase in the number of lawyers in this region and an almost equal decrease in the number of people living in the Cape Provinces.

A significant finding from the 2021 report shows that wholly white owned businesses have declined over the past 23 years, but still remain small business strongholds. In 2016, 60% of businesses in this category were wholly owned by whites. That percentage is now 49%, with only 19% of businesses being wholly owned by blacks. That is 11% more than five years ago. Obviously, there is still a lot to be done on the transformation front.

The latest report says that there is a white majority and a black minority stake in companies with what is known as a mixed ownership structure. More than half of the white owners of these companies own 75% shares. Conversely, 74% of black property in mixed ownership systems is limited to less than 25%.

Women are still in the minority in the legal profession in South Africa. When measuring ownership by gender, 53% of businesses were owned by men in 2016; 20% were entirely female and 27% had mixed ownership. Five years later the needle has made an encouraging move, with 47% of businesses being male-owned; 27% are now wholly owned by women; and 26% in mixed ownership. A legal insider says: “The change in this profession is slow, but we are seeing more companies that are entirely run by women, and that is to be welcomed.”

Further extrapolating gender dynamics, the 2021 report found even dispersion in decision-making, but less than 20% have what is known as a strong majority of decision-making powers. In essence, men still make most of the decisions.

The Legal Tech 2021 report also gives a useful indication of the financial performance of small and medium-sized businesses, whose sales remained relatively stable between 2019 and 2020, with spikes at the lower end of the spectrum towards late 2020.

However, the survey did not measure the full fiscal impact of the pandemic on the profession. In this regard, however, reference should be made briefly to a study by the global consulting firm McKinsey, in which it says: “Globally in downturns, law firms survive the situation better than the overall economy of a country”, and that in order to manage risks as best as possible, “Companies should have a perspective on the demand prospects for sectors, customer types and practices to which they are most exposed. “

It’s also important to note that 36% of respondents to the survey said they didn’t disclose financial information. A little more than 20% of the respondents said they had annual sales between R 100,000 and R500,000.

The respondents were also asked about strategic intentions and future plans. Almost a third of companies have changed their operational structure recently, but nearly 40% said it wasn’t on their radar at the time. Perhaps more worrying is that companies are not investing in processes or technology as quickly as in previous years. Almost a quarter of those surveyed said they did not plan to do so in the coming months. This obviously indicates a decreased level of trust – an issue that the profession will need to investigate vigorously in the coming months.

More positively, however, and in an increasingly competitive environment, law firms are now seeing the real benefits of branding. Not only is this a way of reaching potential customers, but it can also add credibility and appeal to a company if done correctly. 45 percent of respondents said they have either increased marketing investments or plan to do so in the next few years.

The idea of ​​networking is obviously important to the respondents: 34% have recently strengthened networking and 27% are planning to expand their networks in the future. However, there seems to be a gap between intention and action, with just over 60% of respondents saying joining an umbrella organization or consortium is not currently on their radar.

The annual work volume was also queried by the Activate branding agency, which carried out the study. The number of issues dealt with each year varies greatly between companies. Thirty companies said they deal with 100 cases per year, another 26 only 50, 20 companies 200 and 12 even 1,000 per year.

It is common for large corporate law firms to upgrade their African practices in recent years, and the reason is obvious since many economies were boiling before COVID-19. However, this optimistic stance does not seem to apply to small and medium-sized businesses, which show a distinct lack of appetite for any form of continental expansion.

While data always tells a compelling story, it would be unwise and unwise to try to find a common extract from this year’s comprehensive report; that transformation is slow across multiple fronts and inevitably there will be mounting pressure to accelerate change; and clearly more investment in technology to streamline operations is becoming more important.

One finding that may be lost in all percentages is the apparent reluctance to network more broadly and more tactically. It helps identify relevant and interesting opportunities in a country where respect for and compliance with the rule of law has become an important bulwark for maintaining South African democracy.

Download a copy of the Legal Tech Report 2021 here: https://www.lexisnexis.co.za/LegalTechReport2021

The Schall Law Firm Announces the Filing of a Class Action Lawsuit Against Zhangmen Education Inc. and Encourages Investors with Losses in Excess of $100,000 to Contact the Firm