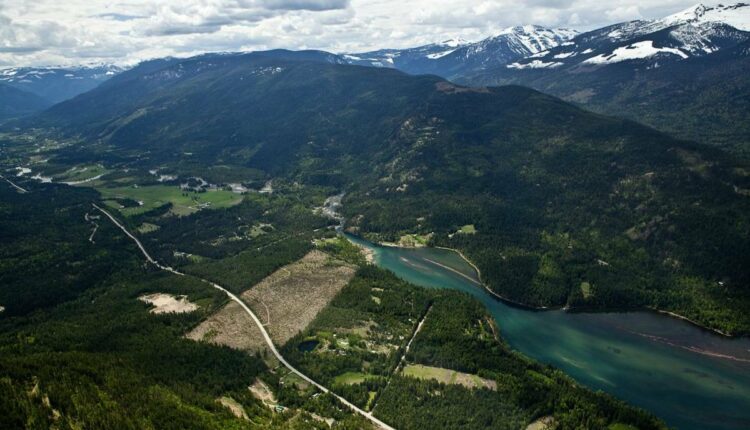 Robert Kirk’s class action lawsuit can now go to a hearing after years of delay and appeals.

The Slocan Valley man represents residents of the region who were affected by a fuel spill in Lemon Creek in 2013.

On Jan. 19, the BC Court of Appeal upheld a decision of the BC Supreme Court (BCSC) that the case can proceed to a trial.

A class action is a lawsuit started by one person on behalf of members of a group that have a similar claim against a single person or company. Before a court will take on a class action, a judge must certify that it meets the multiple rules set out in the Class Proceedings Act.

In this case, according to Kirk’s lawyer David Rosenberg, the class consists of 2,776 property owners within the zone that was evacuated after the fuel spill, plus anyone who rented, leased or carried on a business within that zone. These people are not individually named in the court action, and most of them have not actually put their names forward and may not know they are part of the group.

“They don’t even have to think about it if they don’t want to,” Rosenberg says. “They can sit back and wait.”

They would each get a share of any monetary damages that may be awarded by the court. Anyone who suffered damages that they think are extraordinary, above and beyond the average, can come forward later and declare this, Rosenberg says.

In the summer of 2013, Executive Flight Center Fuel Services Ltd. was providing fuel to the provincial government to fight a forest fire in the area of ​​Lemon Creek in the Slocan Valley. Its tanker truck overturned and spilled 35,000 liters of jet fuel into the creek, polluting the stream and causing a local evacuation of people living up to 40 kilometers downstream in the Slocan Valley.

The spill killed fish and forced residents to get alternate sources of drinking water for themselves and livestock for days.

The trial will determine who was at fault for the spill and how much should be paid to the members of the class action group.

In 2017, a judge of the BCSC certified that Kirk’s class action could proceed.

The defendants – Executive Flight Centre, the Province of BC, Transwest Helicopters, and the fuel truck driver Danny LaSante – appealed that decision to the BC Court of Appeal.

The appeal judges said that before the action could be certified, the BCSC judge must clarify certain complex issues related to evidence. The BCSC judge did that, and then re-certified the case as a class action.

The defendants then appealed that decision to the appeal court, whose judges have now ruled again in favor of Kirk.

David Rosenberg, Kirk’s Vancouver lawyer, says he expects there will be a trial within a year, in the BC Supreme Court in Vancouver.

He added that although class actions typically take a long time, the delays in this one have been extraordinary.

He said for a class action on an environmental issue to be certified is unusual.

“The courts have not been that amenable to environmental class actions,” he says.

The issues that were argued in the appeals are referred to as nuisance and aggregate damages, which are far more complex than the following two-paragraph summary.

Nuisance and damages in this case refer not only to contamination of water from the spill but the inconvenience caused by the evacuation order and water-use restrictions that were imposed by the province, Rosenberg says.

The Nelson Star reached out to the Ministry of Attorney General for comment on this decision, with no response. Executive Flight Center had not responded to a request for comment by the Nelson Star’s press deadline on Jan 24.

Charges under the Fisheries Act

The defendants were also charged under the Fisheries Act with polluting a stream frequented by fish. Those charges were entirely separate from Kirk’s class action lawsuit.

In February, 2020, as a result of the Fisheries Act charges, Executive Flight Center was fined $175,000 and the fuel truck driver Danny LaSante was fined $20,000. The provincial government was accredited.

DEADLINE: Investors in Y-mAbs Therapeutics, Inc. with Substantial Losses Have…