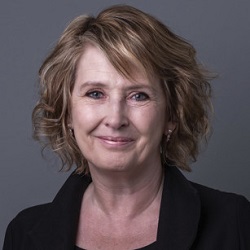 “What was needed was not legal advice, but judgment, common sense and the courage to face the executive accordingly.”

Lead QC Alison Levitt angered law firm FieldFisher and partner Matthew Lohn in a report on advising the law firm to the Royal Institution of Chartered Surveyors (RICS), stating that the firm ignored or misjudged potential conflicts of interest, among other things.

The report was tasked with conducting a review of allegations that RICS attempted to suppress an internal report criticizing the way the organization managed its finances and dealing unfairly with non-executive members of the RICS board of directors wanted to investigate the matter.

The problem arose in 2018 when one of the non-executive directors of RICS requested the organization’s overdrafts to be increased from £ 4 million to £ 7 million as a result of an “inaccurate cash flow forecast,” partially driven by a discretionary margin of £ 400,000 declared bonus was paid to the CEO.

An ongoing investigation resulted in the director continuing to raise concerns and failure to disclose an audit report that he believed should be addressed by RICS led to a review that ultimately led to the conclusion that there was no governance issue that exonerates executives and lead to the dismissal of the whistleblower non-executive directors.

One of the main problems Alison Levitt faced, however, was a “clandestine” and “partisan” approach by the law firm, which had sided with the executives against the four non-executive directors. The company believes that threatening or criticizing the CEO or COO is not their priority, she said.

“What was needed was not legal advice, but judgment, common sense and the courage to face the executive accordingly.”

Evidence of the bias was provided by a Fieldfisher Review Conclusions document, written before the review task was even completed, RollonFriday reported.

Recordings showed the GC speaking derogatory about the non-executives to wages, calling one “not bright enough” and another “sneaky weasel”. But the couple also criticized the executives for their actions, which Levitt said represented “private recognition” that they knew their whitewash did not reflect reality.

Levitt had nearly completed her 467-page report by June of that year when Fieldfisher belatedly disclosed his file on the matter, which Levitt had been requesting for months.

“Reading it completely changed this report from the one I wanted to write,” said Levitt.

The RICS Board of Directors published its report last week and voted to accept all of its recommendations, including the need to conduct a “comprehensive review” of purpose, governance and strategy.

More specifically, she said that the General Counsel, who had a close relationship with Fieldfisher, with whom she worked for 16 years prior to joining RICS, and relied on her, should not have a pre-existing relationship with the outside legal counsel of Have RICS.

FieldFisher said it was “disappointed” with Levitt’s findings.

In a statement, Fieldfisher said, “We are aware of the results of Alison Levitt QC following their review on behalf of the RICS. We fully respect that she has voiced her views based on her own judgment.

“We are disappointed to note that some of the actions taken by the firm and partners who wanted to support RICS at an extraordinarily difficult time for the organization have been criticized.

ReFuel with the top weekly legal news fun to read

Success! Now check your email to confirm your subscription.

How To Build A Law Firm Brand