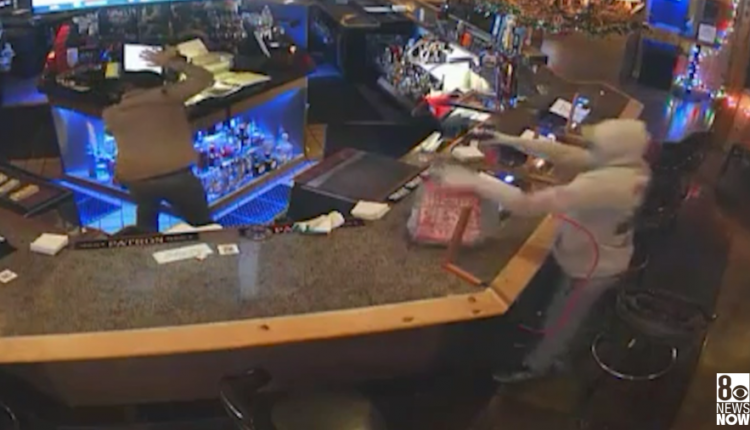 LAS VEGAS (KLAS) — The company that owns the bar where an employee was robbed at gunpoint and then, according to a lawsuit, forced to pay back the stolen money had previously faced a class-action lawsuit about wages, records showed.

Edward Parker, 42, was working at The Lodge at Hualapai in December 2020 when an armed man came in demanding money, a lawsuit filed Tuesday said.

Hours after handling over $3,900, Parker said management at The Lodge told him he had to pay the money back, according to the lawsuit. The signed contract said $300 would come out of Parker’s paycheck until the full amount, $3,937.35, was paid off.

Parker is now living out of state. His attorneys, Sam Mirejovsky and Amanda Brookhyser said The Lodge coerced Parker to sign the contract and work under unfair conditions after having been the victim of a crime.

Police charged the armed robber, later identified as Jack McLaughlin, 43, in a string of armed robberies from September to December of 2020.

The Lodge, which is made up of several restaurant locations across the Las Vegas Valley, faced a class-action lawsuit in 2016 where past employees said the company underpaid them.

The federal lawsuit claimed The Lodge paid bartenders $1 below the minimum wage, which was then $8.25 in Nevada, the lawsuit said. Instead, bartenders made a wage of $7.25 per hour but were entitled to the $8.25 since they did not receive qualified health insurance, the lawsuit said.

The lawsuit also claimed bartenders were not paid the correct amount in overtime.

I-Team: Las Vegas bartender who says he was forced to pay back thousands after armed robbery now suing

The Lodge settled with a $217,000 payment, which was divided among 134 employees after legal fees, the lawsuit said. On average, each employee received $400.

Christian Gabroy, who filed the 2016 class-action lawsuit, said he was disgusted with Parker’s account.

“To pay the man and then be insulted with that contract, you’re talking about something that belongs in the slavery days with this thing,” Gabroy said Wednesday. “How could an individual, how could an employer do that to another human? I do not know. I don’t know how they sleep at night.” 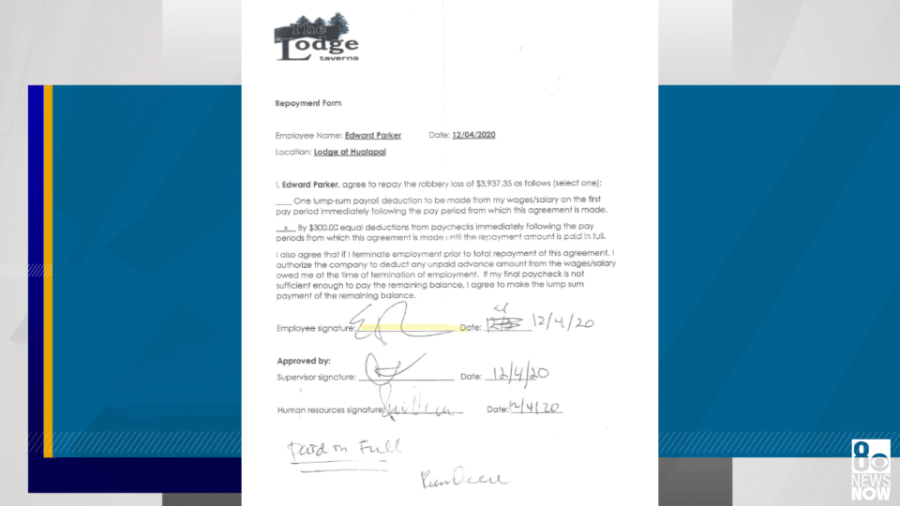 After paying the money back in the summer of 2021, Parker said he was fired after taking a pre-approved vacation. The lawsuit said managers approved the vacation that spring but then changed their vacation policy.

The Labor Commission facilitated a settlement with Parker and The Lodge for $5,500, a spokesperson confirmed, but Parker’s lawyer said he did not accept it.

The Lodge has not responded to repeated requests for comment.

Biden’s first-year judicial appointments—prospects for 2022 and beyond